The True Crimes of Dallas: A Lifetime's Obssesion

Mystery fans may not think of Dallas first when they imagine “CRIME”, even though one of the 20th century’s biggest crimes, the assassination of JFK, took place at the now infamous Dealey Plaza, less than a half mile away from the iconic Old Red Courthouse. The city is after all affluent, attractive—its skyline having recently been voted the most beautiful in the world—and generally safe within certain well-heeled neighborhoods. But one of the most visited tourist sites in the United States is the 6th Floor Dealey Plaza Museum, as well as the Grassy Knoll and the two “X’s” on Elm Street that mark the approximate locations where the bullets from Lee Harvey Oswald’s rifle struck and ultimately killed the 35th president.

I grew up in Dallas in a solidly middle-class neighborhood before moving away to live and work in New York for twenty years.  My neighborhood was safe and solidly bland. The crimes I was aware of were usually harmless pranks pulled by local teens, as well as some minor, opportunistic pilfering by my more adventurous friends.

But at ten years of age my sense of inviolable safety was shattered when I was sent home from school earlier than usual because of some unspecified national tragedy. I walked into our Dallas house on that November day in 1963 to find my mother and, more unusually at that hour, my father seated in front of the television set, both of them crying. JFK had been shot and killed and from that moment on the world became a much more dangerous place.

The assassination was the genesis to my fascination with crime, true crime as well as fictional. Perversely, instead of making me reticent to look at the darker corners of human nature, this singular event prompted me to look for clues in answering the questions of “Why?’ in regard to the evil that men do.  And even though Dallas, for me, remained a safe haven until I left for college, I became increasingly aware of horrific crimes being committed throughout the state of Texas, including Dallas. I began scouring the local newspapers for reports of other sensational crimes. In 1966 there was Charles Whitman, the UT Tower Sniper, who shot and killed thirteen people. A few years later I started reading accounts of Dean Corll, The Candy Man, who brutally killed at least twenty-eight boys. In the 1970’s I was fascinated by the murders committed all across Texas by Carl Eugene Watts, The Sunday Morning Slasher. The Dallas newspapers also reported on crime within the city limits of Big D—murders, rapes, arson—even though many of those local stories were buried in the back pages.

Perversely, instead of making me reticent to look at the darker corners of human nature, this singular event prompted me to look for clues in answering the questions of “Why?’

When I moved to New York in the late 1970’s, right at the time David Berkowitz, aka the Son of Sam, was murdering people in the city, the concrete jungle was a very dangerous place for urban dwellers. It introduced me, first-hand, to a level of violence I was little prepared for. My first week there I was mugged getting off a cross-town bus. The mugger tore my backpack off my shoulder and sprinted, like Usain Bolt, down Tenth Avenue wearing six-inch spike heels. A few months later I was working as a temp in a lawyer’s office when I was held up at knife point by the guy delivering lunch. The ten dollars in my wallet was, fortunately, enough to spare my life from the junkie just looking to get his next fix.

Twenty years of living in Manhattan and I was witness to muggings, assaults, robberies and events so strange that one NY cop I talked to actually had a category for acts that weren’t always illegal but were certainly criminally annoying: Cat Shavers.  Random craziness that often made no sense to anyone but the perpetrator.

After two decades of struggling to make a family work in Manhattan, I’d had enough. I took an early retirement from a business career, moved with my son back to Dallas and began writing full time. Three works of historical fiction later, I began a fictional crime series set in Dallas because I realized that the big-little city of Dallas not only had their share of major, sensational crime, but their own unique, weird brand of Cat Shavers.

As soon as I’d relocated to Dallas, I reconnected with a cousin who I’d been close to growing up. He’d spent thirty plus years with Dallas law enforcement working SWAT and undercover with both Vice and Narcotics. In 2013, around the time I started my crime series, he was one of only two undercovers working to break up a large sex trafficking ring centered in North Dallas. The name of the sting was Operation Flaming Dragon. The sex ring, involving hundreds of Asian sex workers who’d been forced into prostitution, had both national and international clients. Eventually, the two-year investigation involved over 240 local, state and federal authorities surveilling a dozen massage parlor/brothels. The operation resulted in the arrest of more than 20 “handlers” across five states and made headline news nationally.

My cousin became one of my primary sources for research into the world of violent crime. But he also had plenty of local Cat Shaver stories that I was able to include into my Dallas-based series. One of my favorite stories was of a group of Confederate Civil War reenactors, camping in a vacant deer lease, who unwittingly crossed paths with a small number of highly armed drug dealers. The resulting conflict pitted Civil War Era weapons against AR-15’s. The reenactors were able to pin down and overpower the drug dealers until 21st century law enforcement could intervene.

Another related tale that I have included into my crime series is of a small-time drug dealer with a pending arrest warrant who decided that he would do some good before he was apprehended. So, he kidnapped two pharmacy workers, took them to a relative’s house and made them vaccinate all the relative’s children before the Dallas SWAT team breached the doors and arrested the dealer.

True crime in Dallas has long provided the inspiration for several notable, local authors, some of whom are listed below in a recommended reading list, separated into loose categories.

A fast and furious crime thriller about ultraviolent drug cartels pushing into northern Texas. As the vicious power struggle between the gangs turns the streets of Dallas into a war zone, Arlo’s investigation threatens everything he loves.

Former college football star Scott Fenney has worked his way to the top of the heap at an elite Dallas law firm. But when a wayward son of a Texas politician gets himself murdered after a night of drugs and rough sex, Scott is assigned to defend the prime suspect, a heroin-addicted hooker named Shawanda Jones who claims she’s innocent.

Marty Dufrain, owner of a black-and-white film of the Kennedy assassination, leads Jack Flippo on a perilous quest to find out the truth about Kennedy’s murder, a trail that brings him face to face with a homicidal con man and an ailing ex-killer with some less-than-bright sons-in-law.

Although not a crime novel, per se, it reveals a lot of criminal, and very violent, behavior in pro football. Gent’s classic novel looks at the seedy underbelly of the sport, chronicling eight days in the life of Phil Elliott, an aging receiver for a Texas team. Running on a mixture of painkillers and cortisone, Elliott tries to get every ounce of pleasure out of his last days of glory.

More paranormal spy novel than crime novel, this wildly weird and entertaining tale is set in Dallas and follows the exploits of a man on the brink of disastrous financial ruin and insanity until a couple of secret agents show him what it really means to lose his mind.  Drugs, (under-the-table) sex and golf cannot calm the chaos; a cheating spouse, a cocaine-addicted business partner and a Hindu Holy Man keep things sizzling.

This collection of crime stories takes its inspiration from the darker corners of everyday life in a city that many associate only with a historic assassination—or a glitzy TV show about oil fortunes and family feuds.  All of the authors are Dallas natives and have written stories, both contemporary and historical, that run from the sublime to the ridiculous, from the factual to the fantastical. 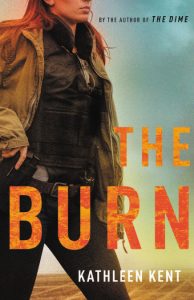 Kathleen Kent is the author of the Edgar Award-nominated The Dime, as well as three bestselling historical novels: The Heretic’s Daughter, The Traitor’s Wife, and The Outcasts. Kent lives in Dallas, TX.

The Life and Legend of
Calamity Jane 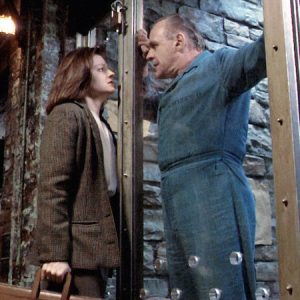