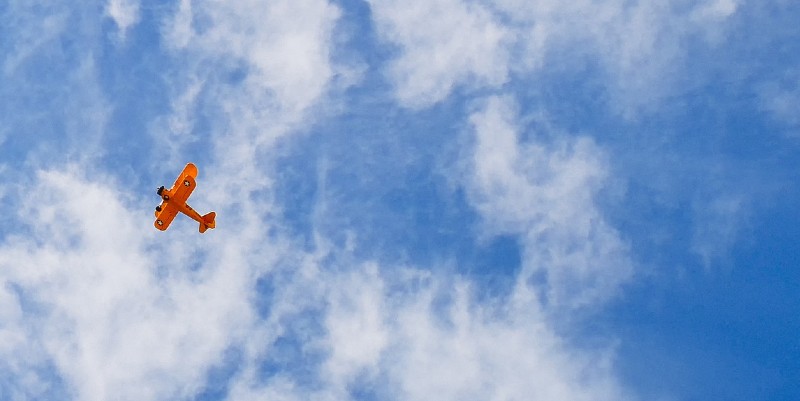 We weren't meant to fly, but we do. Stories of crash survivors speak to something primitive—and mysterious—in us.

For we live under continual threat of two equally fearful, but seemingly opposed destinies: unremitting banality and inconceivable terror.

—Susan Sontag, from “The Imagination of Disaster”

When my novel is published this week, The Falling Woman will become the third book released this year about the sole survivor of a plane crash. The other two, Ann Napolitano’s Dear Edward and Rye Curtis’ Kingdomtide, were published in January. What can explain how three books with similar themes all appeared in such a short span of time? Why is there seemingly a sudden interest in writing about plane crashes when commercial aviation is safer and more reliable than it has ever been?

While I did not interview Napolitano or Curtis for this essay, it is safe to assume that we mined inspiration for our stories from different sources. The process of writing any book is an intensely private one. And for me, the choice of aviation as a subject for my novel was personal.

I grew up an airplane-obsessed kid, one who dreamed not of becoming a writer but a pilot. I took my first flying lesson at the age of thirteen, and by seventeen, I’d obtained my private pilot’s license. Flying was all I ever wanted to do. Eventually I entered the U.S. Navy’s flight school, certain that I’d spend the rest of my life in the sky.  But during a training flight, I suffered an epileptic seizure while at the controls and my flying career abruptly ended. For years after, I had no sense at all of what I would do next, except that I felt pulled toward writing. This novel was, in part, a way to reconcile my interrupted dream of flying and to move beyond it.

From conception to completion, it took roughly ten years for The Falling Woman to be published. I’ve been told that this is a normal timeframe for a first book. A decade of discovery, wrong turns, frustrations, slow progress, and grueling editing had convinced me that I’d unearthed a unique story concept. So, it was with some surprise, perhaps even disappointment,  that I heard two other books were covering comparable ground and would be published within months of mine.

Until recently, I’d resisted reading the other books. Perhaps I feared seeing too familiar storylines, or perhaps I worried about comparing my book with theirs. Upon reading both novels, I discovered instead a kinship with the other authors, one in which I recognized all the technical challenges we faced in common—challenges of plot, character development, and how to portray the violence of a crash. I enjoyed seeing how they worked to make the implausible storylines seem believable, how they chose to crash their planes, and how they found ways to spare their characters’ lives. That we each arrived at different solutions was inevitable; that we overcame parallel challenges was affirming.

The Falling Woman tells the story of Erin Geraghty, a woman who falls out an airliner after the plane explodes in flight. She crashes through the roof of a Kansas hayloft and somehow survives. And as an inexplicable as this story sounds, this very miraculous thing has happened at least five other times in recorded history. For Geraghty, the opportunities afforded by her unfathomable survival fundamentally alter the course of her life and the life of the NTSB investigator who sets out to find her.

In Dear Edward, Ann Napolitano depicts the aftermath of an airplane crash through the life of Edward Adler, a twelve-year-old boy who is the lone survivor. Edward’s family is killed, along with 191 other passengers. Napolitano explores how trauma affects Edward as he struggles to regain a sense of normalcy amidst the unrelenting demands of adolescence, grief, and sudden fame.

Rye Curtis’ Kingdomtide tells the story of Cloris Waldrip, a seventy-two-year-old woman who survives a small plane crash in the rugged Bitterroot Mountains of Montana. Waldrip’s husband and the pilot die in the crash. While Curtis’ novel centers more around Waldrip’s brutal survival for months in the wilderness, his themes also include survivor’s guilt, uncertainty, and good fortune borne out of destruction.

All three books grapple with difficult questions: What does a near miss with death mean? What are the implications for friends, family, loved ones, and investigators? All three books take normal people and put them in extremis.  If one of fiction’s strongest appeals is in granting the reader permission to vicariously experience havoc, drama, and destruction without any real risk, then a plane crash certainly qualifies as a disaster best experienced on the page. But all three novels also dive into deeper questions, into aspects of meaning that have little to do with plot or crashing planes.

What informs each of these novels is a deep sense of uncertainty about existence. If the last three months of a world-wide pandemic have taught us anything, it is that the we have less control over life than we care to acknowledge. The contemporary world—with its onslaught of wealth, power, and technology—can crush human connections and can marginalize the individual, render us invisible, and weak. What choice do we have but hop on the plane and hope for the best? In so many ways, we seem to lack direct control of our destinies, leaving us to shudder or shut down in the face of such forces.

Even at a distance, airplane crashes represent a kind of cultural calamity, a shared trauma that resonates in a way that few other events do.

Susan Sontag once wrote about the aesthetics of destruction, and the “peculiar beauties to be found in wreaking havoc, in making a mess.” Even at a distance, airplane crashes represent a kind of cultural calamity, a shared trauma that resonates in a way that few other events do. They are also full of narrative possibility, are, in fact, an endless source of stories: The passenger who missed the flight. The pilot who called in sick. The businessman who boarded early on standby. Rare as they are, airplane crashes continue to fascinate because each of us understands, if only intuitively, the miracle of flight itself. The dream of Icarus became our reality, but nestled within such modern confidence remains ancient fears, doubts, superstitions, and humankind’s utter defiance of the gods: we were not meant to fly, and yet fly we do.

In the end, I have no answers about why three similar books came out in the same year. I trust that, like I did, Napolitano and Curtis spent years honing their craft. I’m sure they felt confident that they too had stumbled upon unique stories to tell. And of course, the three books are far more different than they are alike. Each reflects the writer’s unique imagination, voice, style and sensibility. Toward the end of my novel, Erin Geraghty says: “The most extraordinary thing did happen to me, but it wasn’t falling from an airplane. The extraordinary thing was walking through this life.” Perhaps the miracle of the sole survivor story is not about one person beating the odds. Rather, it reveals dramatically the ineffable mystery of arrival, of any one of us being alive and present at this moment in time. And we don’t need plane crashes for that. 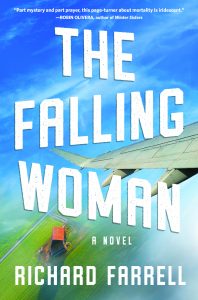 Richard Farrell is a graduate of the U.S. Naval Academy and a former pilot who holds an MFA in writing from Vermont College of Fine Arts. His work has appeared in Hunger Mountain, upstreet, New Plains Review, Potomac Review, Descant, and elsewhere. Originally from Worcester, Massachusetts, he teaches creative writing at Grossmont College in San Diego, where he lives with his wife and two children. The Falling Woman is his first novel. 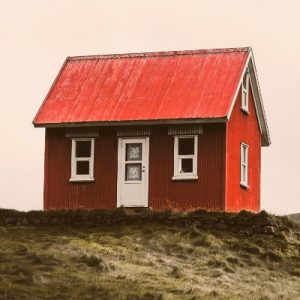 In the last two months, we’ve all witnessed a truly unprecedented situation. Suddenly, all the stores are closed, restaurants...
© LitHub
Back to top