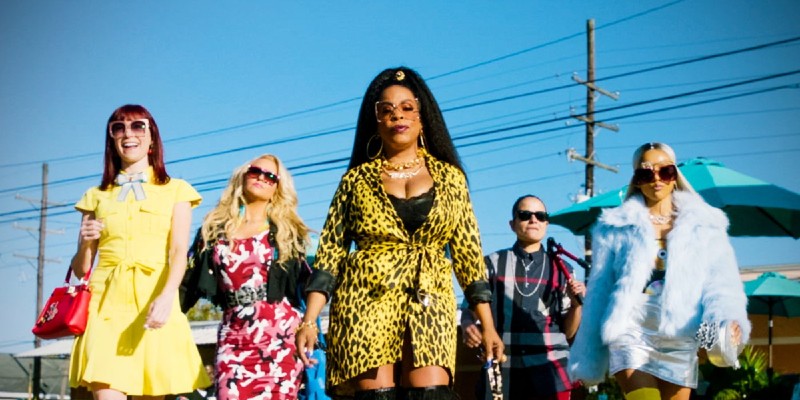 The Underappreciated Genius of 'Claws'

As the Florida noir wraps its fourth and final season, Zack Budryk looks back at its unique blend of camp and character.

One of the best crime series of the second half of the last decade concluded early this month, but you could be forgiven for missing it. “Claws” aired on TNT, so it never got the attention of either a premium-cable shiny object for The Discourse or a network fixture.

But for those who watched it while it aired—and just as importantly, those who have a chance to enjoy it from the beginning—“Claws” was something special, an off-the-wall Florida noir with deeply authentic female friendships depicted by a cast of TV ringers.

The premise itself is something akin to “Ozark” by way of Carl Hiaasen—Niecy Nash led the series as Desna Simms, whose Florida nail salon launders money for an organized crime-run pill mill with which it shares a strip mall. But while Desna is unquestionably our lead, the beating heart of the show is her entire network of friends/coworkers/co-conspirators. There’s Jen (Jenn Lyons), her recovering alcoholic best friend; Polly (Carrie Preston), a sweet-natured pathological liar; Quiet Ann (Judy Reyes), the salon’s butch, taciturn lookout; and Virginia (Karrueche Tran), the young naif Desna takes under her wing after they initially feud over the same man.

Are Desna and her crew cartoon characters? A bit. But they’re cartoon characters in the shape of people you know, particularly in the show’s Sunshine State milieu, and their close-knit idiosyncrasies echo the nature of the salon as a social center—these are women in a particularly dangerous boys’ club, and their solidarity is the counterweight. In the early days of the #MeToo movement, much was made of how women’s whisper networks can be a way of keeping one another safe, and in Desna’s salon, we see a gossip hub as a safe haven.

We’ve analyzed the role of the male antihero to exhaustion, particularly since the turn of the millennium when Tony Soprano started a new boom of the archetype. Since then, we’ve spent years pondering what we talk about when we talk about Walter White, or Don Draper, or even Rick Sanchez. But Desna has quietly become one of the most interesting antiheroines in the last five years of TV, a woman who is not ruthless by nature but has seen what the world does to women, particularly Black women, who aren’t hard enough to match it blow-for-blow. It of course doesn’t hurt that Nash’s resume includes stellar work in both comedic and dramatic roles, both of which she brings to bear as a woman in very real danger but often ridiculous circumstances.

Of course, there are plenty of stories with one or two memorable characters and background characters who are ciphers by comparison, but I’m delighted to report “Claws” doesn’t have that problem. The supporting cast, too, is full of people that simultaneously feel like they could only exist in a technicolor noir like this one and are of the kind we hardly ever get to see on TV.

Take Desna’s brother Dean (Harold Perrineau), one of the most refreshing depictions of an autistic person on TV in recent memory. Dean as a character has plenty of recognizable symptoms—physical tics, reliance on routines, tendencies to get stuck down rabbit holes of new interests—but simply by being an adult and a Black person, he’s already portraying autism from a perspective we hardly ever see onscreen. And, equally as important—and as rare for television—Dean is allowed to be sexual. He’s had at least two flings over the course of the series, first with Virginia and then with a doula/life coach played by Linda Hamilton. Desna is depicted as worrying for Dean’s well-being, but only because of his tendency to assume the best of people in their dangerous world, not out of any denial of his autonomy as an adult.

Midway through the show’s final season, upon discovering Hamilton’s character is pregnant, Dean has a heart-to-heart with her about his anxieties about the idea of being a father, and how even as someone who’s accepting and proud of who he is, he’s not sure if he’d be prepared to raise an autistic child himself. It’s a deeply moving scene that conveys thoughts I’ve had myself as an autistic person, and it’s an absolutely remarkable thing to encounter on a basic cable show about the drug trade.

And then, of course, there’s the show’s longest-lasting antagonist, “Breaking Bad”’s Dean Norris as Clay “Uncle-Daddy” Husser, a bisexual Dixie Mafia boss who sports art of his late wife on his coke nail. Norris plays Husser as something akin to a cranked-out Tennessee Williams patriarch, all growls and gold-plated guns and Colonel Sanders accents, and might be having the time of his life more than any other single actor on the show, a tall order.

Perhaps one scene, one of my favorites in the show, best demonstrates its unique blend of camp, character work and perpetual zig-zag plotting. Quiet Ann has been summoned to visit her family, a political dynasty of conservative Cuban-Americans who look down on her. Ann, assuming their reasons are homophobic, eventually loses her temper—only to be told her parents are both gay and act as one another’s beards, and they look down on her for being a criminal.

By the time you read this, “Claws” will have ended its four-season run; I wish I knew enough about the labyrinthine workings of streaming rights to tell you where it might end up next. But it’s exactly the sort of show that becomes many a Netflix browser’s next obsession if placed in the right spot, and after a hell of a run, it would be a perfect capper for it to become the next big binge-watch. An even better capper, of course, would be for more shows to come along that do what it did uniquely well—three-dimensional female characters, a sense of humor and the absurd, and empathy for people with a combination of bad luck and questionable decision-making skills. If anyone decides they want one, some great actors and writers just had their schedule open up. 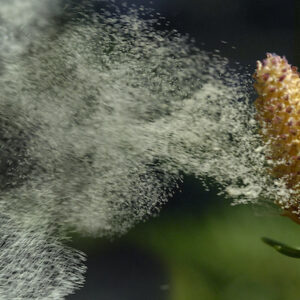 My asthma had been getting worse. Almost every spring I was ending up in the emergency room, unable to get my breathing under...
© LitHub
Back to top