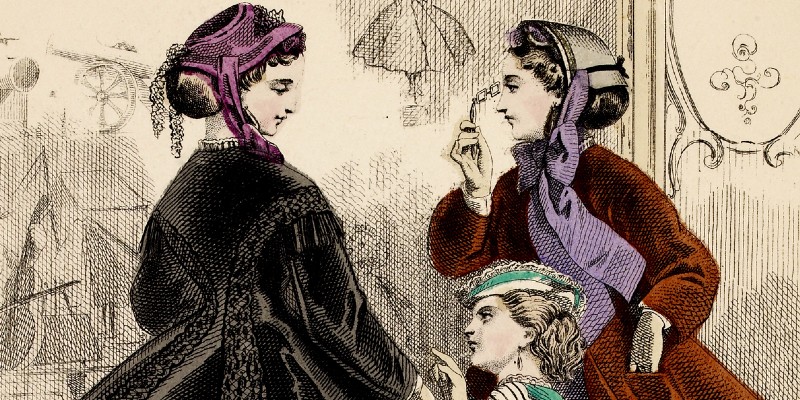 Why The Girl Friday?

From Holmes to Marlowe, Dupin to Spade, depictions of a brilliant man solving crime outside the law became the default canon for the private investigator. He’s a lone wolf, capable of taking a punch but taking no bull. His keen powers of observation and understanding of human frailty provide insight into every crime. Femmes were fatales or Fridays, honeytraps or helpers. Rarely the sleuth in charge.

One of the queens of sleuth fiction herself, Dorothy L. Sayers, bemoaned in an introduction to the first Omnibus of Crime in 1928: “There have . . . been a few women detectives, but on the whole, they have not been very successful.”

Crime fiction is often considered a misogynistic genre, partially because of this dichotomy of employment. In her piece, “Trouble with She-Dicks: Private Eyes and Public Women in ‘The Adventures of Loveday Brooke, Lady Detective,’” Elizabeth Carolyn Miller states that while a small number of early Victorian female detectives are doing the work for profit and employ, other female sleuths are involved in detection “for acceptably feminine reasons, such as clearing a wrongfully accused fiancé, or supporting a maimed husband no longer able to work.” Detection, for these characters, was not a vocation.

The reality is women of most economic classes have never had the option to not participate in the work force: in the year 1851, there were six million women in England, half of them worked, and two million women were unmarried and working. It’s a comforting lie, of both the time and memory, that women did not need jobs, and jobs of all stripes. Job listings are frequently fantastical in nature (“self starter for a fast-paced environment” anyone?) down to the desired gender of the worker (before that became illegal). And we’ve always seen women take on “men’s work.” England saw its first female police officer, with arresting capabilities in 1915, while America’s first female Pinkerton agent got her badge in 1856. It is pure fiction that female sleuths had to be the “fluffy” Miss Marple (who first appeared in 1930), and not the pugilistic Continental Op (who debuted in 1923).

The implementation of the Hays Code on motion pictures—which was not a guideline for books but has become shorthand for our understand of “decency”—was nearly concurrent with the Golden Age of hard-boiled detective fiction and its adaptation to screen. The Code further ensconced the male prerogative in the actions of the sleuth. The goal of the code was to forbid the depiction of anything that could “lower the moral standards of those who see it,” and to always promote “traditional values.” Among these traditional values were strict gender roles.

In her piece, “The Female Dick and the Crisis of Heterosexuality,” Ann Wilson writes that the issue of casting a woman in the role of a hardboiled private detective is that, “They are writing within a genre which has always defined women in relation to male loners.” And while this relational existence to a license-carrying private investigator is itself limiting, we cannot forget that all private investigators have their own social contract to law enforcement officials, which further complicates the existence of lady-sleuths. “The female private investigator poses a threat to male police officers,” Wilson writes. “Their heterosexual manhood is threatened by the mere existence of the female dick.”

One clear-cut warning of the Hays code? “BE IT FURTHER RESOLVED, that special care be exercised in the manner in which the following subjects are treated, to the end that vulgarity and suggestiveness may be eliminated and that good taste may be emphasized: … scenes having to do with law enforcement or law-enforcing officers.”

In both 1851 and 1921, the same pattern emerged that set Victorian England and post-World War I America into what would politely be called a tizzy and more accurately would be considered a social mania: the phenomenon known as “surplus women.” “The data from the 1851 census highlighted that there were approximately 500,000 more women than men and there were two and half million unmarried women,” writes archivist Sara Down. Hundreds of thousands of women (assumed to be heterosexual and on the market) threatened to be left without a potential husband, and his subsequent moral guidance.

Now, our own living times remind us that ne’er was there a large, societal shift without major conservative pushback. Even in the mid 1800s, people were longing for the good ol’ days. In 1857, just six years after the alarming census that declared that women were out in the world bein’ independent and terrifying, Parliament declared new obscenity laws that allowed police to destroy materials deemed “obscene” and even enter private homes to investigate obscenity charges. Now, I realize this is correlation and not causation, but to me, there is a clear through line linking breakthrough periods for gender representation and morality laws.

Because make no mistake, while mystery always dips its toe into the criminal aspects of society, novels written in the Victorian era and the American mid-century required a faceoff with blurry and spottily-enforced obscenity laws. Virtually every obscenity law—from the aforementioned declaration in 1857 to the American Comstock laws—defined obscenity exclusively by the chestnut uttered during the 1964 Jacobellis v Ohio Supreme Court decency trial, by Justice Potter Stewart: “I know it when I see it.”

While the Hays code made some specific “no-nos”, other aspects of the code’s morality were ill-defined. Conveniently, the 1857 Obscene Publications Act detailed how law enforcement was allowed to punish people who owned or spread obscenity, but not what obscenity actually was—you can go online and read it yourself. During the law’s hearings, Chief Justice, Lord Campbell, referred to the London pornography trade as “a sale of poison more deadly than prussic acid, strychnine or arsenic,” and in 1868, England devised what was called the “Hicklin test” to prove if a work was obscene. The test was if the text’s intent “is to deprave and corrupt those whose minds are open to such immoral influences and into whose hands a publication of this sort may fall”—not that just the person purchasing the material was in jeopardy, but anyone at all. Hicklin was adopted by American courts to test the merit of dozens of literary works, including “Theodore Dreiser’s An American Tragedy and D. H. Lawrence’s Lady Chatterley’s Lover in 1930; James Joyce’s Ulysses in 1933; Edmund Wilson’s Memoirs of Hecate County in 1948; and Henry Miller’s Tropic of Cancer in 1953.”

It is in these murky waters of decency that mystery novels, crime novels, and detective fiction came to be. Writers of crime fiction were themselves working within hostile environments that could leave them, perhaps not in the slammer, but with substantial fines or as social pariahs. Ill-defined obscenity laws and the obsession with dictating moral purity left artists in a legal quagmire that urged them to promote or depict only the most conservative of values, sexual relationships, and gender roles. While this does not absolve writers from their lasting decisions to leave their novels littered with only tempting Eves or sexless Girl Fridays, it does lend some insight into genre constructs we work within, and work to overthrow, to this day. 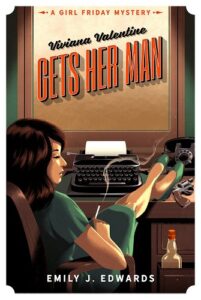 Emily Edwards earned her degree in Writing, Literature, and Publishing from Emerson College and took the long road to becoming an author, working for over a decade as a wine and spirits journalist, radio producer, and podcaster. She currently resides in Connecticut with her husband, and several quadrupeds. 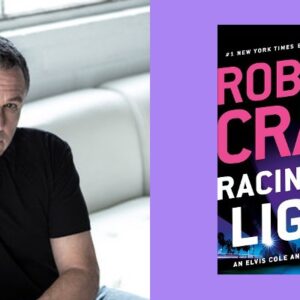 There is a saying that there is no one more devout than a convert. And when it comes to a committed relationship with a city...
© LitHub
Back to top