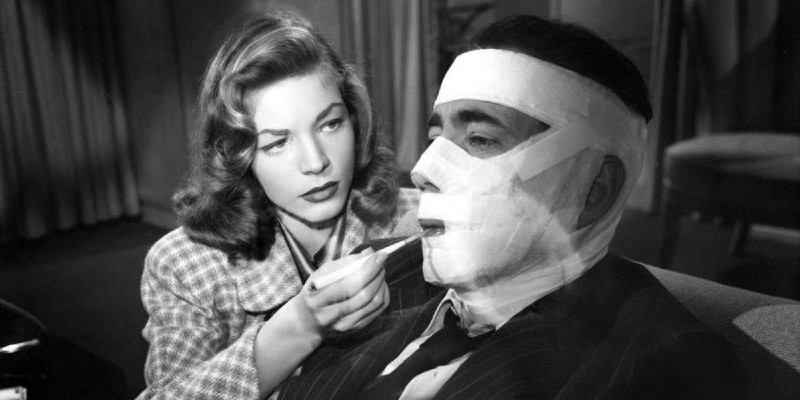 The Weird Intersection of Noir and Plastic Surgery

A character with a new face is one of noir's oldest, strangest conventions. Nick Kolakowski explores.

It’s one of the oldest tropes in pulp: After a few rounds of plastic surgery that leave them unrecognizable, a protagonist returns incognito to their old haunts, often on a mission of righteous revenge. Not only is it a primal bit of wish fulfillment (who hasn’t wanted to completely chuck their old identity, especially after a hard week?), but it’s given directors and writers the perfect tool to plunge into the heart of noir’s biggest themes, from identity to the pain of finally letting things go.

You can’t discuss plastic surgery and noir without mentioning “Dark Passage” (1947), starring Humphrey Bogart as escaped convict Vincent Parry and Lauren Bacall as Irene, a woman who tries to help him prove his innocence. Midway through the film, Bogart’s character goes under the knife of a chain-smoking surgeon willing to work off the books, emerging with a new face he uses to solve his wife’s murder.

Based on a David Goodis story, “Dark Passage” would probably be forgotten today except for (a) the Bogart and Bacall sizzle, and (b) its filmmaking trickery, especially its use of a subjective camera. Rather than hire two actors to play the same character, and risk confusing the audience, director Delmer Daves opted not to show Bogart’s face for roughly the first half of the film; instead, he relied on lots of camera shots from the character’s point of view, mixed with the occasional angle on Bogart in deep shadow or wrapped in post-surgical gauze. Cameras at the time were far too bulky to allow the seamless handheld shots of later decades, but Daves did a pretty good job organically rendering Bogart’s viewpoint, as you can see in this clip:

“Dark Passage” wasn’t the first film to play up the pulpy potential of plastic surgery (if you’re curious, there’s an interesting research paper by Adriana C. Panayi breaking down decades’ worth of face-switching melodramas, all the way back to the silent film era), but its innovative camera makes it one of the better examples.

John Frankenheimer’s “Seconds” (1966) isn’t a traditional noir film like “Dark Passage,” but it’s a sinister piece of work nonetheless, using plastic surgery and face-switching to comment on the hollowness at the heart of the American Dream. New York banker Arthur Hamilton (John Randolph) is “convinced” (i.e., blackmailed) by a mysterious Company into undergoing a procedure that transforms him into a handsome man named Antiochus Wilson (Rock Hudson, in arguably his finest role). Although he disliked his old, boring life, he soon has problems with his new one—and when he asks for yet another face and identity, things take a nasty turn.

The Company was only too happy to give him a redo of his life. But a redo of a redo? That’s going too far, as Hamilton/Wilson finds out in the hardest of ways. It’s not the Company’s problem if being transformed into a handsome artist doesn’t cure a client’s existential despond. Maybe if Hamilton/Wilson had a mission, such as a murder to solve, things might have been different.

“Seconds” takes the themes of plastic surgery and identity to something of an art-house extreme. In the opposite direction is “Johnny Handsome” (1989), a Walter Hill film that’s self-consciously pulpy. John Sedley (Mickey Rourke) is a small-time New Orleans hood born with a disfigured face; after a robbery gone wrong and a double-cross, he’s sent to prison, where he’s given a chance at experimental surgery that gives him movie-star looks.

With his new face, John tries to live a reformed life in the Big Easy, but the lure of revenge is too strong. In a nicely gothic twist, the tale climaxes in a shootout with his old partners in a cemetery. Like all the best noirs, things don’t end happily, but at least John has the satisfaction of looking good in his final moments. Like Vincent Parry in “Dark Passage,” John just couldn’t let the past go.

Hill himself viewed the movie as a throwback to an older era of filmmaking. “I thought it was a good yarn,” he told The New York Times in 1989. “At the same time, there is this plastic-surgery story I thought cheated on melodrama. It’s one of those conventions of 1940’s movies, like the missing identical twin or amnesia.” In some ways, though, he’s selling his own work short: Amidst the yelling and gunfire, Mickey Rourke does a great job at selling the loneliness and anger simmering just beneath John’s changed visage, the same emotional engine powering Hamilton/Wilson in an “arty” film like “Seconds.”

If you want a crime film that truly leans hard into melodrama without reservations, there’s John Woo’s “Face/Off” (1997), which gave Nicholas Cage and John Travolta the opportunity to chew maximum scenery. Cage plays Castor Troy, a terrorist for hire who’s just planted a bomb somewhere in Los Angeles; Travolta’s Sean Archer is that dustiest of clichés, the ultra-driven FBI agent dedicated to taking him down. It’s a fairly standard cops-and-terrorists movie until Troy ends up in a coma before giving up the bomb’s location, and Archer decides to infiltrate Troy’s world to find it—by wearing Troy’s face.

While Archer is undercover, Troy wakes up and coerces the surgeons into giving him Archer’s face. With the world convinced he’s Archer, Troy then tries to use the power of the FBI to do all kinds of terrible things. As befitting a John Woo film, every scene is played with a total lack of subtlety:

It’s great fun—and so loud and frenetic you might miss how switching identities gives Archer the opportunity to loosen up a little. Wearing Archer’s face doesn’t really give Troy his enemy’s conscience, but at least he takes the opportunity to do his version of a nice thing, showing Archer’s daughter how to use a knife to fend off potential rapists.

Well into the 21st century, writers and directors are still mining plastic surgery for crime-infused melodrama—Almodóvar’s “The Skin I Live In” is just one (totally baroque) example. But if decades of films have shown anything about changing your face, it’s that no amount of cutting, tucking, and adjusting can erase your past; you’ll be drawn back into your old worries and conflicts soon enough. 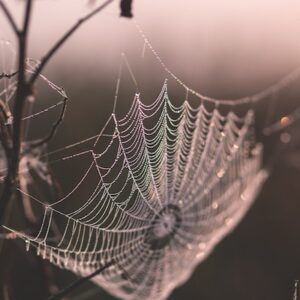 What’s a better time of year for a cozy mystery than Halloween? There are cats and witches and long, dark nights around...
© LitHub
Back to top