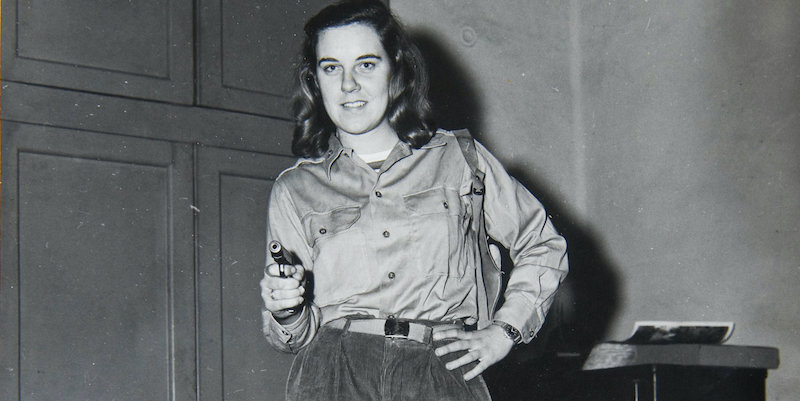 35% of those serving in the OSS, the precursor to the CIA, were women, and yet their stories have only begun to be told.

My fascination with the women of the Office of Strategic Services, the organization that was the precursor to the CIA in WWII, began with a Washington Post article I came across from June 2011, about two best friends in a retirement community in Virginia. Elizabeth McIntosh and Doris Bohrer lived on the same street in the Westminster at Lake Ridge Seniors Village in Prince William County. Upon meeting, they bonded over a highly unusual connection—both women had been spies overseas in WWII in the OSS, and later had long careers with the CIA. McIntosh had served in Asia, and, even at ninety-six, still struggled with the guilt over unwittingly handing off an explosive disguised as a piece of coal to a Chinese operative. The bomb ended up blowing up a train, killing hundreds of Japanese soldiers. Bohrer served in Italy, gathering intelligence on what the Nazis were building by analyzing aerial photographs.

After reading the article, I filed it away as a possible idea for my next novel and found that I could not stop thinking about it. I was aware of the British female spies of the SOE during World War II, but had never really heard much about American female spies. I began asking the questions that I always did before starting a new project—who were these women? What were their stories? This new project would ultimately become my third novel, The Secret Stealers, which releases April 1st.

Who were these women? What were their stories?

To understand the role of the women of the OSS, it’s important to first understand the organization’s overall mission and history. On June 13th, 1942, President Roosevelt authorized the establishment of the OSS in a military order, under the umbrella of the Joint Chiefs of Staff. The purpose of the newly formed service was to collect and analyze strategic intelligence, but also to “enforce our will upon the enemy by means other than military action.” In other words, to engage in acts of espionage, including but not limited to, activities such as unorthodox warfare, contact with resistance groups, and subversion and sabotage.

Roosevelt appointed Major General William J. Donovan to head up this new shadow organization. Donovan, the most decorated soldier in U.S. history as a result of his heroism in World War I, was a larger than life personality with a rather unorthodox leadership style. With the country on the verge of war, Donovan had to build up the OSS from scratch very quickly. There was no time for tight security checks, so he reached out to his vast network and recruited from the upper echelons of society – Ivy league graduates, former business associates, professors from elite colleges and linguists, among others. This resulted in the OSS having a reputation as elitist, earning the nicknames “Oh So Snobby” and “Oh So Social”.

Maggie Griggs, Donovan’s assistant, was in charge of recruitment of women in the early days of the organization. This task was difficult because of the secrecy of the OSS—she couldn’t tell the OSS recruits what type of work they would be doing, so she could only discreetly advertise for the work positions in generalities in newspapers and magazines. This made it difficult to compete with the new women’s branches of the armed forces—the Navy WAVEs and the Army WACs, which made promises of high adventure and sleek uniforms.

In her book Sisterhood of Spies:Women of the OSS, Elizabeth McIntosh recalls that “most of us, men and women, were an undisciplined collection of volunteers selected almost at random, for many reasons and for many objectives.” There is a reason Donovan referred to the members of his organization as his “glorious amateurs”. But in fairly short time, the OSS grew to include thousands of personnel stationed around the world, and its work became essential to the Allies’ military planning in the various war zones in which they were engaged.

The training of the female spies of the OSS, those who went undercover to serve in war zones, was as varied as the clandestine missions they embarked on. McIntosh attended more than one of the special training schools that had been set up on the outskirts of D.C. Her friend Doris Bohrer attended training at the OSS facility in Bethesda, Maryland that is now the Congressional Country Club.

Donovan had realized early on the strategic value of using female spies in the field through his relationships with the leaders of the SOE in the U.K. On a visit to Wanborough Manor, one of the SOE’s espionage training schools, Maurice Buckmaster, head of the SOE’s French Section, convinced Donovan that female recruits were achieving excellent results working undercover in France as couriers and wireless operators, while also engaging in acts of sabotage. Part of this success was simply because women could blend in more easily than men in the occupied territories.

With this strong relationship established between the OSS and SOE, it made logical sense that some of the OSS female spies undergo training with the SOE. Among these trainees was the unflappable and brilliant Betty Lussier. Upon recruitment by the OSS just out of college, she was sent for special training in counterespionage and code work by the SOE at their training facility in St. Albans. Lussier became part of the OSS’s counterintelligence branch, known as X-2. She helped establish an extensive double agent net in Perpignan, France—tracking down collaborators and Nazi agents.

Virginia Hall, perhaps the most famous of all the OSS female spies, was trained by the SOE because she originally worked for that organization, as an undercover agent in France before America entered the war. Known as the “Limping Lady” because she had lost one leg in a hunting accident, Hall’s accomplishments were extraordinary. An expert wireless radio operator, she helped create agent networks, recruited French civilians to establish safe houses, helped prisoners of war escape and arranged air drops of supplies for the French Resistance. The Gestapo referred to as “one of the most dangerous Allied agents in France” and vowed to find and destroy her. They failed.

The OSS employed over 13,000 personnel at its peak, 35% of them women. 7,500 of these men and women served overseas—however the number of women who served overseas as spies was a very small, elite group—and the exact number remains classified. What is certain is the very first American female spies, pioneers like Elizabeth McIntosh, Doris Bohrer and the others I’ve highlighted here, left an enormous legacy and blazed the trail for the American women who work in counterintelligence today.

Anna Cavanaugh, the main character in my novel The Secret Stealers, is a composite of all of the amazing women of the OSS that I learned about during my research for the book. Anna’s experiences working overseas as an undercover agent in France are all based on the true stories of these incredibly brave women. My only hope is that my depiction of Anna and her female cohorts honors their remarkable legacy. 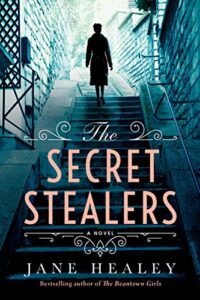 Jane Healey is a Washington Post and Amazon Charts bestselling author of historical fiction. Her latest novel, THE SECRET STEALERS, is based on the true stories of the women of the OSS, the precursor to the CIA, in WWII. It releases April 1, 2021. For more on Healey and her novels, visit her website. 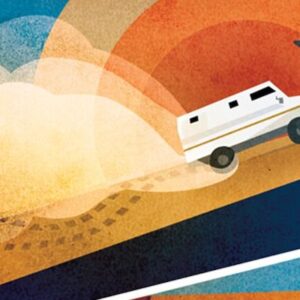