"Welcome to the party, pal."

Last year, I watched Die Hard for the first time. I hadn’t resisted until then, I just never got around to it. I had never been enticed by the ubiquitous “is Die Hard a Christmas movie?” debate (which, btw, Bruce Willis says it’s not), but I wasn’t put off by it, either. I had encountered its many endorsements and tributes—from the constant allusions to it in the show Brooklyn 99 I watched as an adult or the Princess Diaries books I read as a preteen. It seemed like a fine movie. It wasn’t personal. Just as John McClane had never happened to visit the city of Los Angeles until Christmas Eve, 1988, I never happened to put on the film until December 4th, 2020. So it goes. But I think it’s safe to say that the resulting experience of both initiations were equally life changing.

Now I love Die Hard. I do love it. I had decided it was time to watch it in the first place because I had just completed a gigantic, multiple-month viewing of Moonlighting, the splendid wisecracking late 80s detective show starring Cybil Shepherd and a then-unknown Bruce Willis. Die Hard, filmed during the show’s fourth season, seemed like a natural follow-up in my viewing calendar. What I had kind of always gathered would be a clever, enjoyable action movie was revealed to me to possess lots of delicate nuances, tender moments, and wildly allegorical mise-en-scene. It wasn’t the big-guns shootout movie I had come to expect of a more late-career Willis. I found it to be… unassuming.

What I was impressed most with, when I emerged from Nakatomi Plaza, was well, its containment. I’ve said this before, but although it has now entered the lexicon as a prototypical late twentieth-century action movie, with a big-budget franchise trailing behind it, this first Die Hard movie (directed by John McTiernan and loosely based on the novel Nothing Lasts Forever by Roderick Thorp) has a very tight, economical conceit. The Nakatomi Plaza building is locked-down, and so the movie wraps up its villains, bystanders, and its lone hero up together (like when you have four presents to give someone but only one holiday-themed bag). No help can get in, which means that our disadvantaged hero McClane is the entire group’s only hope. He must hide from the German terrorists who have commandeered the building. They want to find him. He wants to stop them. As I said in passing in my earlier piece for this site on Die Hard with a Vengeance (and I apologize for quoting myself, here, but this is my mantra about the film), “The first Die Hard is fulfilling as an action movie because it is such a fervent exercise in creativity born from containment, limitation, and disadvantage: what can our characters make when they are trapped in a finite space with few resources? How can they transform their circumstances and save the day?”

Our hero, John, is essentially not the superhuman-esque Bruce Willis avatar of many post-millennium films, including the fourth and fifth movies in the Die Hard series. He is vulnerable, emotional, and sad—in Los Angeles at all to beg his wife to return to him and see his children for the first time in months, we see him for the first time on a plane listening to a passenger telling him about the soothing nature of taking one’s shoes off, during flight. John is nonplussed, but in the next scene, we see him carrying a giant teddy bear (whose sheer mass would put one of those unattainable carnival-game stuffed animals to shame). This is who he is, a barely-surface-level tough guy who really just wants to be with his family. At the time of the attack on Nakatomi Plaza, he is freshening up in the bathroom—which leaves him in his undershirt and without socks or shoes when it’s time for him to hide. He’s also slightly shrimpy (the internet says Bruce is 6′, but he’s a lot shorter than the tall Europeans around him). Point is, he’s both scrappy and emotional. My favorite moment in the entire film is when he conceals himself from the terrorists on another floor, pulling the fire alarm to bring the authorities to the building; watching through a window as the trail of fire trucks come down the street towards the building, he cheers to himself and hops up and down from happiness. Later, he fully cries over the walkie-talkie to Al (Reginald VelJohnson), the new friend he has made on the LAPD. He’s sensitive, sweet.

Last year, the Vulture critic and Editor-in-Chief of RogerEbert.com Matt Zoller Seitz noted that the film was originally pitched as “Rambo in an office building,” but turned into something else along the way, writing the best explanation of the film’s revolutionary appeal that I have ever read: “Viewers were so used to the Stallone/Schwarzenegger/Chuck Norris-type superman characters that the sight of a hero muttering to himself and even tearing up was startling. This was no action figure. This was a man—a brave and physically capable man, one whose derring-do sometimes defied physics or seemed to, but a man nonetheless. It was easy to picture John McClane tending a grill in somebody’s backyard, arguing about the Yankees and cracking open another brew. Stallone’s Rambo and Schwarzenegger’s Ivan Denko, not so much: they were steroidal apparitions dealing death.”

The film is a wonderland of allegory, a paradise for those fond of close-reading. I walked away noting the interesting casting of Russian ballet dancer Alexander Godunov as one of the chief henchmen, texting my friend that I thought the film could be read as an attack on the working-class by representatives of high culture and elitism. On Twitter, Zoller Seitz offered another fruitful reading, of Die Hard itself as a ballet of sorts; with its barefoot hero nursing his badly maimed, bleeding feet as he leaps his way around an invaded Christmas celebration (a kind of “Nutcracker” figure to Gruber’s Rat King). But it just as richly retells this classic, indelible work of art, it also is a bit unforgiving of the kind of snobbery associated with the art of such echelons.

The group’s well-educated ringleader Hans Gruber (Alan Rickman) murmurs “When Alexander saw the breadth of his domain, he wept, for there were no more worlds to conquer” when he infiltrates the building’s main office, paraphrasing the eighteenth-century Protestant pastor John Calvin. Hans’s right-hand-man, the dancer Godunov, high art culture. And Theo (Clarence Gilyard Jr.), Hans’s left-hand-man is a brilliant computer scientist, who uses his technology skills to hack into the building’s security system. All three villains represent different arms of elitism, high education, and culture. The terrorists, who pose like they’re pro-liberation freedom fighters trying to take down a powerful colonial corporation, are revealed later to merely be robbers. But they co-opt so-called progressive values for profit alone, representing, in a way, how the echelon which has access to high culture and education has contempt for the working classes they insist they care about. John McClane, for his money, aligns himself with so-called low-culture, comparing himself to the television cowboy hero Roy Rodgers, a different kind of “roi” than Gruber’s preferred king Alexander the Great.

Just as Die Hard reads the ways pretentiousness leads to violence (and breeds greed), it also has strong currents of compassion.

But just as Die Hard reads the ways pretentiousness leads to violence (and breeds greed), it also has strong currents of compassion, of its own. Few moments in the movie surprised me more than the slimy, coked-up hothead (Hart Bochner), who tries to negotiate with Gruber, in the process purposefully concealing the vigilante John’s relationship to another partygoer, John’s wife Holly (Bonny Bedelia), to protect her from being endangered in a leverage situation, a brave decision that costs him his life. And it is worth noting the film’s deliberate setting at Christmas; all John wants, all anyone wants, is to be with their families on this night instead. No one wants to be a hero. They all wind up having to be.

Look, I’m not trying to convince you of anything, here. Die Hard, alternately a film whose two heroes are a cop-who-doesn’t-play-by-the-rules and a cop-who-shot-a-child while on duty (VelJohnson’s Al), does problematically valorize characters who perpetuate the problems of institutional oppressiveness and violence in America. I’m not letting it off the hook. But I do think it’s a charmingly nuanced, anti-macho movie that has gotten a certain kind of rep: either worshiped for its incidental, contradictory moments of brutality or looked down on with (Gruber-esque?) haughtiness. It’s also the kind of film that’s wildly defended against being those things, so maybe what I’m saying is white noise. But whatever. I watched Die Hard and I found that, to paraphrase the Grinch, it means just a little bit more. It’s sharp. It’s plucky. It’s sincere. And it’s even a little (just a little).. merry. 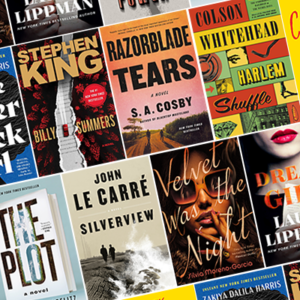