Hammett's classic screwball noir and the 1934 film adaptation might just convince noir fans to give cozies a chance.

When elegant Nora Charles, trailing her dog Asta, trips and sends herself and her bundle of Christmas gifts sprawling to the speakeasy floor in a perfect stroke of comedic timing, The Thin Man shifts from a movie with all the hallmarks of a hard-boiled detective drama to something a bit more frothy and fun. Murder is still at the heart of the story. But with the addition of the glamourous leading lady, a cute wire-haired terrier, witty banter between Nora and her retired-detective husband Nick, and cocktails… lots of cocktails… the 1934 film becomes, dare I say it, almost cozy.

I was struck during a recent re-watching of the classic film by how much it blends elements of both the traditional private eye-focused detective story with the cozy mysteries of today. In fact, I wondered if the film, directed by W. S. Van Dyke, and based on Dashiell Hammett’s 1934 novel of the same name, might serve as a sort of gateway to convince fans of noir-esque style mysteries to take an occasional detour into the lighter, friendlier world of cozy mysteries.

Hammett’s novel, the last published by the man dubbed by The New York Times as “the dean of the ‘hard-boiled’ school of detective fiction,” was a departure of sorts from his earlier works, such as The Maltese Falcon and The Continental Op. Those novels clearly fit into a certain mold, featuring hard-drinking and world-weary private investigators, such as Sam Spade, whose moral fiber was woven from only a slightly higher thread count than the criminals he pursued. But with The Thin Man, Hammett was said to have been influenced by his relationship with playwright Lillian Hellman, who is believed to have been the inspiration for the character of Nora Charles.

Nick Charles is a former private eye with ties to the same low-level gangsters and underworld crime bosses as a typical noir detective. But he’s retired now, and enjoying life with his socialite wife. The couple spend their days drinking copious cocktails and flitting and flirting their way across Manhattan hotels, speakeasies, and the apartments of the upper crust. While Nick hasn’t lost any of his tough guy skills—he knocks his wife out of harm’s way and overpowers a late-night visitor with a gun—he’s happier to leave that world in his past. It’s only through Nora’s insistence that Nick ends up investigating the disappearance of absentminded inventor Clyde Wynant and the subsequent murder of his former secretary and lover, Julia Wolf.

Nick’s relationship with Nora softens his sharp edges, offering the promise that even the most cynical detective can find contentment in a happy home. The couple’s charm and their affection, while apparent in the novel, are brought to life more fully in the movie by actors William Powell and Myrna Loy. The novel unfortunately contains offensive, racist language and misogynistic depictions of some women, making it decidedly edgier than the movie, and not likely to appeal to some cozy fans. But the on-camera chemistry between Powell and Loy portrayed the kind of connection that cozy readers are seeking in the characters of their favorite books. The pairing was so successful, it spawned five sequels, all starring Powell and Loy, and continuing the adventures of the detective duo.

Shot in two weeks with a tiny budget, the Oscar-nominated film is redolent in the black and white photography and the atmospheric play of light and shadows that would become standard for the film noir style movies that became popular in the years that followed. There are plenty of low-level gangsters, gin-soaked speakeasies, and pin-up model femmes fatales to keep the hard-boiled detective fan interested. But for cozy fans, the movie’s charm, comedy, elegant fashion and adorable dog are more enticing.

Nick Charles is not exactly an amateur sleuth, but Nora, his co-conspirator, definitely fits the bill. And Asta, the couple’s wire-haired terrier, actually uncovers the most important piece of evidence during the film, a feat which should guarantee him admittance into the league of great cozy pet sidekicks.

While more traditional cozy mysteries often center around quaint village life, cozies have been breaking tradition more and more in recent years with urban settings such as Olivia Blacke’s Killer Content set in Brooklyn, or Kelleye Garrett’s Hollywood Homicide, set in LA. Nick and Nora’s tour of high society Manhattan creates a village within a city, populated with a cast of memorable characters.

In modern cozies, the amateur sleuth often has an interesting hobby or occupation that puts them on the path to solve mysteries. Nick and Nora’s primary occupation seems to be drinking their way through Manhattan, consuming enough cocktails to maintain a pleasant buzz, but never enough to dull their sharp wit. (Further evidence of their contribution to the cocktail cannon can be found in the eponymous Nick and Nora cocktail glasses.)

While tea may be the beverage of choice in traditional cozies, several modern cozies, such as Sherry Harris’ From Beer to Eternity, Kate Lansing’s Killer Chardonnay, and even my own, A Dash of Death, have their amateur detectives trading tea for something a little harder.

But the main parallel between The Thin Man and cozy mysteries of today is the ability to transport readers from their ordinary or difficult lives. Legendary film critic Roger Ebert explained the attraction: “For audiences in the middle of the Depression, The Thin Man, like the Astaire and Rogers musicals it visually resembles, was pure escapism: Beautiful people in expensive surroundings make small talk all the day long, without a care in the world, and even murder is only an amusing diversion.”

The film, like the best cozy mysteries, provides a temporary effervescent bubble, blocking out the real world. That’s something that, in these trying times, fans of both cozy and hard-boiled detective stories can support. 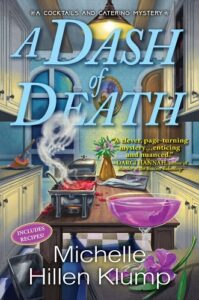 Michelle Hillen Klump is a former newspaper reporter who covered government, courts and crime throughout Arkansas and Central Texas. Still a working journalist, she is also a member of Sisters in Crime. Her short fiction hasappeared in Crimson Streets and Tales of Texas, Volume II, a Houston short story anthology. 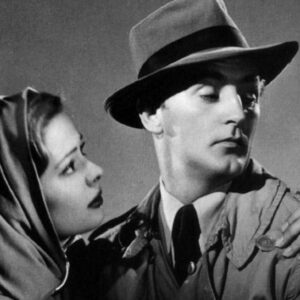 Many people are fans of the noir genre, but there is often debate as to what it actually is. What exactly is the lasting...
© LitHub
Back to top