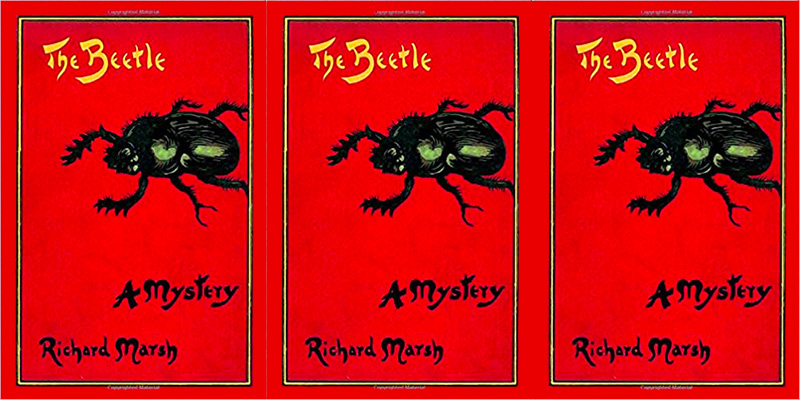 This Is the Book That Outsold Dracula in 1897

It's weird, and you haven't heard of it.

Bram Stoker’s Dracula has remained in print since it was first published in April 1897. A bestseller in its day, it has gone on to spawn countless derivatives and become one of the most indelible pop-cultural touchstones in recent history. Obviously. But, upon its first release, it was seriously outsold by another novel, a supernatural tale of possession and revenge called The Beetle, which fell out of print after 1960. And let me tell you, it’s something else.

Written by Richard Marsh, the author of extremely successful commercial short fiction during this era, The Beetle is actually rather like Dracula in form and plot. In addition to its being an epistolary novel, it is similarly about a seductive, inhuman, shape-shifting monster who arrives in England from the East, entrances a citizen into becoming its slave, and wages an attack on London society. And civilization’s only hope against this invader is a motley group of middle-class individuals (including one forward-thinking young woman and one expert on the supernatural), who must figure out what the creature actually is and ascertain why it has arrived to England, before finally destroying it.

The monster specifically wants to target an up-and-coming British politician named Paul Lessingham. The individuals wrapped up in case, including a detective named Augustus Champnell and a gentleman named Sidney Atherton (who is in love with Lessingham’s tough fiancée Marjorie Lindon), eventually discover that the monster is actually female, though it can gender-swap as easily as it transforms from a human into a giant scarab beetle. The characters find this all very unsettling, though grow more terrified when they learn that she is an evil creature, hailing back to Ancient Egypt—a High Priestess of a cult that worships Isis and kidnaps and sacrifices white British women to the Goddess. Many years before, when Paul Lessingham had been a vacationer in Egypt, the Beetle, in her woman form, had hypnotized him and forced him to live as her sex slave, until the fateful day he finally broke free, attacked her, and fled. And so now the Beetle has come to Britain to wreak her vengeance upon him: torture and kidnap his fiancée and end his life.

I told you it was weird. How’s that for Victorian fiction?

By the way, The Beetle initially outsold Dracula six to one.

Scholars don’t generally bother with The Beetle, since its literary merits are few and far between (and because it has not recieved the same pop-cultural attention as Dracula, which also is not exactly the best book ever written). The novel’s anxieties about gender and sexuality, and its obvious Orientalism (specifically, the panic about the imagined dangers to white bodies and white womanhood posed by non Western cultures and perceptions of their cultural practices), are often understood as (unfortunately) reflective of norms within the zeitgeist, but also contain their own anti-imperialist logic. The novel is, in a strange, xenophobic way, a warning against colonization and empire, and a criticism of tourism through colonized places.

But Victorian commercial sensation fiction, especially stories published by authors as prolific and in-demand as Richard Marsh, is also extremely useful towards our understanding of the era’s reading culture and the publishing industry. And read in tandem with Dracula, it helps capture a moment, towards the end of the century, during which British subjects questioned what it meant to be progressive—reflecting on the achievements made in the name of expansion, mastery, and technology, as well as natures, desires, and abilities kept from exploration.

Richard Marsh, who mostly wrote comedies and romances, published more than eighty novels during his lifetime, under the Marsh name, which was a pseudonym, as well as anonymously and under his real name, Richard Bernard Heldmann. Most of his stories are no longer in print, with several exceptions, including his stories about a female, lip-reading, jujitsu-fighting detective named Judith Lee, whose adventures were published in The Strand starting in 1914.

The Beetle has recently been republished. 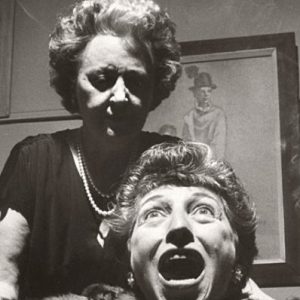 In the fall of 2015, as part of the round of promotion for the two-volume Library of America set Women Crime Writers: Eight...
© LitHub
Back to top