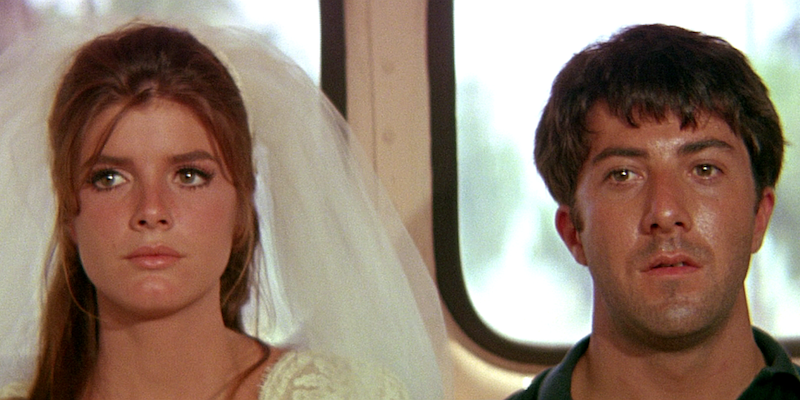 Or, What Happens After the Kiss?

I love romance. I loved it long before I ever fell in love, and romance narratives served as a kind of template for my own early love-affairs. I filled out diaries with imagined meet-cutes between my crushes and me, assigning them lines I had read some other, more sophisticated love interest say. All romance narratives are, on some level, a story about two people coming to a profound understanding of each other over time, and as an adolescent who wanted desperately to be seen, there was nothing more delicious to me.

There was also very little else for me when I was a kid. Most of the media I consumed as a teenage girl ended with a kiss (straight-people kisses only, except for Olivia Wilde on The OC and also Olivia Wilde on House; thank you for your service, Olivia Wilde). There was a sense that life ended with that kiss, that it was also a death. You could fall in love, get married, and have a kid, and after that there weren’t any more stories about you worth telling, at least on TV or in books. Romance novels in particular usually ended there, with the kiss or the wedding or the baby, and the other kinds of stories I could find were mostly about men.

Most of the media I consumed as a teenage girl ended with a kiss…There was a sense that life ended with that kiss, that it was also a death.

I knew early on that there were stories missing from my world, probably because I was queer. I wanted Grease to be about Rizzo. I wanted The Little Mermaid to be about Ursula. You know that part in Fun Home where eleven-year-old Alison Bechdel sees a butch woman for the first time? “Ring of Keys”? I know you, I know you, I know you, she says, because she knew all along that there must be something else, some other kind of woman that a person could be, the kind that she was. (I felt that way about my middle school music teacher. She didn’t smile when people made jokes that she didn’t think were funny and she had multiple piercings in one ear and she told me once, when I asked if she was married, that she lived with a roommate and always would, and it struck me like a lightning bolt that I was whatever she was, or I would be, someday.) What I wanted most, even more than I wanted stories about how falling in love was done, were stories about the things that happened after the magic kiss against the glowing horizon.

The gift my parents gave me for my twelfth birthday was the freedom to check out any book I wanted from the library. At that time—around 2004—the library in High Point, North Carolina had a big women’s fiction section. Having graduated from the children’s section, I checked out books by Jennifer Weiner and Sophie Kinsella and Marian Keyes by the truckload, books with covers featuring doodles of the Eiffel Tower or a single high-heeled shoe. I wanted with all my heart to visit the Eiffel Tower and lose a single high-heeled shoe there, as grown-ups did. These books were tantalizing to me; they were often about romance, but sometimes they were also about sisterhood, or betrayal of trust in a marriage, or alcoholism, things that happened post-kiss, pre-retirement, in the middle part of being alive that the older women in my life never wanted to speak to me about in detail. Unlike romances, the books in the women’s fiction section chiefly told stories about women coming to profound understandings of themselves over time. This was closer to what I wanted to read, although none of the women in them were queer, and most of the books ended on romantic beats, even if the romance wasn’t the focus of the story.

Over the years, the women’s fiction section was overtaken in popularity by the mystery/thriller section, and women’s names and faces dotted the covers where there had once been mostly men. I found these books just when I needed them. At twenty, I had ticked off all the boxes on the plan I’d made for my life: high school, university, a job I didn’t hate, the end. At some point in there I was also supposed to fall in love. I had succeeded on every count, and it felt as though, if my life were a story, the focus would be sliding off me right about then and skimming into the sunset. I know it’s stupid. I was twenty. But that’s how it felt.

So when I started reading mysteries, I felt so relieved to encounter stories of the in-between. Like the women’s fiction I had read as a kid, they were stories wherein the protagonist came to a profound understanding of herself over time, but unlike those books, these realizations were sometimes uncomfortable and damning, and very few of them resulted in a cheerful ending. Although most of the mysteries I read were about straight people (I hadn’t yet found Kristen Lepionka, Dea Poirier, Layne Fargo, Wendy Heard, or Fran Dorricott, among many other greats), they felt queer because they challenged the goodness and rightness of heteronormative and patriarchal life. Their focus on women’s lives in middle age, on problems that erupted post-marriage or post-baby—or alone, untethered—was itself startling to me. It was odd to realize how many stories I hadn’t read where the main character breastfeeds her child, as she does in Helen Phillips’s The Need, or takes antidepressants, as in Ruth Ware’s The Woman in Cabin 10. All mysteries revolve around a secret of some kind, and the women in the mysteries I read often behaved in ways I recognized from queer classics like City of Night and The Price of Salt: obsession with strangers, appointments kept at night or in disguise, suspicion of the behavior of others for hidden motives.

All mysteries revolve around a secret of some kind, and the women in the mysteries I read often behaved in ways I recognized from queer classics.

The narrative eye was so different. Maybe that’s why many of these covers, including my own, The Better Liar, feature single, staring eyes. Women watched each other in these books, and themselves, in ways I had never read before.

From The Hidden Things by Jamie Mason: A whole silent, hidden life was inside her body waiting, vigilant, to be called on. There were worlds within worlds. The layers between them broke away like sugar glass when they needed to.

I had seen so many versions of myself in books about men, books where I was kissed and killed over and over again, that it was a relief to be seen from the inside out. From in between.

Mysteries and thrillers helped me imagine an interesting, shocking, unusual future for myself. They helped me imagine making mistakes! I needed to imagine these lives for myself, lives where marriage and children began plots rather than ended them. (Incidentally, I think this is part of the massive appeal of both Outlander and Gone Girl—there are so few narratives about an ongoing, continuously negotiated marriage.) Lives that escaped stricture, that looked boldly at moments of pain or sadness. Megan Abbott, Gillian Flynn, Paula Hawkins, Ruth Ware—these writers gave me a few of the stories I was missing when I needed them most.

I still read romance, and it’s better these days than it ever was, with Casey McQuiston and Helen Hoang and Jasmine Guillory and so many others adding their stories to the shelves. But it was stories about the dead that made the layers of my life more apparent to me, cracked the sugar glass between them. I love that first/last kiss. I always will. And I love it all the more when it isn’t the end.

Tanen Jones grew up in Texas and North Carolina. She has a degree in American history and spent several years editing law and criminal justice textbooks. A queer author, she writes about queer women in dark spaces. Tanen now lives in New York with her partner, where she writes to the sound of her neighbor’s piano. The Better Liar is her debut novel. 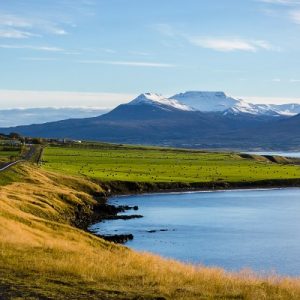 As both reader and writer, I’m a sucker for setting. Especially in crime fiction, so rich in hidden motives and dirty...
© LitHub
Back to top