30 Years Later, Looking at the War's Legacy in Fiction

I watched the Gulf War from the comforts of a college lounge. It was fought between August 1990 and February 1991 by a coalition of 35 countries in response to Iraq’s invasion of Kuwait. Over 88,000 tons of bombs were dropped on Iraqis in over 100,000 sorties during a 5-week period. The actual ground war, Operation Desert Sabre (formerly Desert Sword), lasted only 100 hours.

Looking back at the Gulf War 30 years later, what do I remember? CNN’s Wolf Blitzer. In a foreshadowing of our current news cycles, that TV in the lounge was all CNN, all the time. Also, I got a t-shirt; someone on campus was selling them. It was a war to be celebrated. There were good guys and there were bad guys. The plot was easy to follow. What was there not to cheer for?

I have no excuse for myself, only an explanation: it was a cavalier time. I don’t know that many of us gave a thought to the consequences. Ever wonder why wars seem rife with opportunities for malfeasance? Because it’s so easy to justify an end over its means. When an outcome becomes all-important, then everything else must be sacrificed.

It wasn’t until several years later, in Monterey, CA, at the Defense Language Institute (DLI), that I heard stories from that war firsthand. I was there to learn French; my classmates were army officers. They had all been in Iraq. During class we tried our best not to make fools of ourselves. At lunch? I listened as they traded stories.

One of the captains told about dodging bullets at as he humped his pack across the desert. At the end of a grueling trek, as he was taking cover, a jet flew overhead. Proud soldier that he was, he still couldn’t help thinking, “Damn. Should have gone Air Force.” Another captain told how he would have been blown up in a minefield had a tripwire not snagged on the toe of his boot.

I watched the Gulf War’s ground campaign for three days. I heard the stories at DLI for six months. And then, perhaps like you, I just…forgot. There have been so many wars in the Middle East since then. So many deployments. Too much death. There’s nothing to celebrate; no one sells t-shirts. We know the human cost of war now, even when we don’t like to think about it. The further we get from the battles, the deeper we allow ourselves to look at them. Sometimes low-level battlefield compromises even set in motion conspiracies that reach out to ensnare future generations in their tentacles.

It’s no surprise that a war, even a short one, could unleash a nightmare of unintended consequences—and become the setting of countless novels. Here are some thrillers set during the Gulf War to read up on ahead of the 30th anniversary: 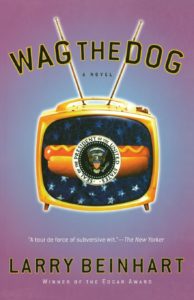 American Hero (reissued as Wag the Dog), by Larry Beinhard (1993)

This book scandalized the nation by calling into question the motives of politicians who lead countries into war. With the kismet of great timing, the book was published just as the public mood in the U.S. was turning from unquestioning patriotism to cynicism. He described war as an orchestrated production that might primarily serve not to free a country from an oppressor, but to re-elect a president. 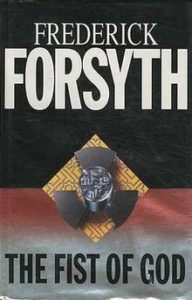 This novel is a classic blockbuster thriller. The story has it all: a spy, a mole, an ultra-secret Iraqi weapon designed to wreak havoc on the coalition forces. It’s a race against the clock to the finish.

Courage Under Fire was later made into a movie starring Denzel Washington and Meg Ryan. This novel highlights the ambiguities and moral compromises of war. An investigation for the award of a posthumous Medal of Honor uncovers more than anyone bargained for. The consequences of battle decisions and the cost of war to its survivors are explored. 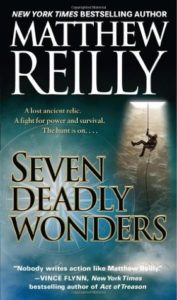 Lest Americans forget, there were other countries that fought beside us in the coalition forces. Reilly has created a bestselling series around Jack West, former Australian SAS, who has an interest in archeology and ancient history. He was among the first soldiers in Iraq during the Gulf War. With a mix of ancient myth, modern technology, and science fiction, Reilly has made Jack West the modern incarnation of Indiana Jones. 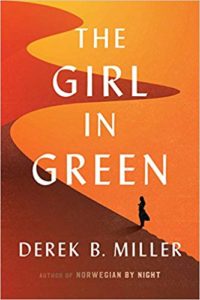 The Girl in Green was shortlisted for the 2017 CWA Gold Dagger Award. A soldier and a journalist team up just after the Gulf War to rescue a girl caught in the ensuing civil war between Iraqi factions. Despite their best intentions, the girl is killed. Twenty-two years later, the men meet up again and have the chance to redeem the past. This story underscores the cultural differences between the Middle East and the West. 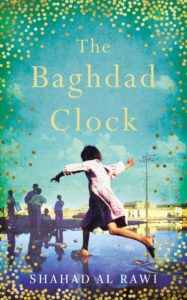 Often forgotten in portrayals of war is the fate of the children who grow up in war zones. This lyrical novel follows two girls who dream of life without conflict, only to spend their lives trying to mitigate the impact of wars that never end.

Siri Mitchell is the author of the new Gulf War inspired political thriller State of Lies. Siri graduated from the University of Washington with a business degree and has worked in government at the local, state, and federal levels. As a military spouse, she lived all over the world, including Paris and Tokyo. Siri’s books are “unexpected, haunting, and powerful,” and they are known for lively dialogue and honest emotion. Visit her online at sirimitchell.com; Facebook: SiriMitchell; Twitter: @SiriMitchell.

The Crime-Solving, Plant-Savvy Scientists at the Cutting Edge of a New Forensics 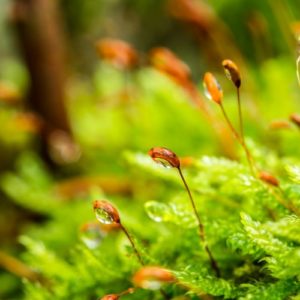 The Crime-Solving, Plant-Savvy Scientists at the Cutting Edge of a New Forensics

Imagine for a moment, that you are walking in a winter wood. The ground is soft beneath your feet; something catches your...
© LitHub
Back to top