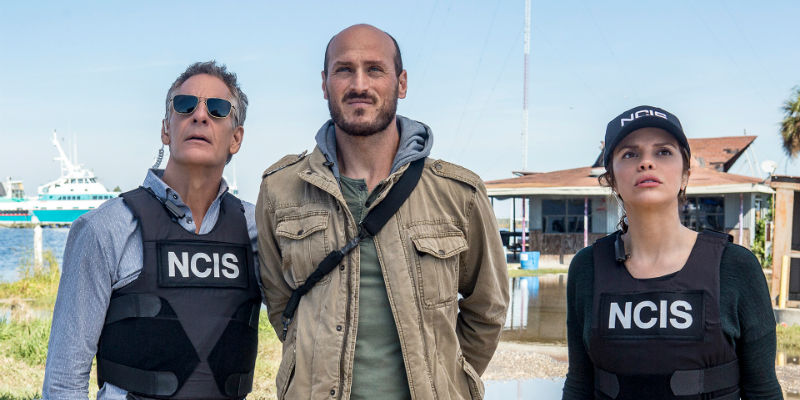 NCIS in Space: A Match Made in a Very Peculiar Heaven

A mother and her ten year old were murdered in the living room of their home.

The father’s the prime suspect, and he’s nowhere to be found.

The teenaged daughter is missing.

Her name is Marian.

Is she with her father? Is she hiding? Is she alive?

After midnight, a detective arrives to take over the investigation, but several hours have elapsed since the daughter Marian was last seen alive. Every second that passes decreases her chance of survival…

I once asked my brother in law what investigators would do in a situation like this—he’s a special agent with NCIS. I think I’d been wondering if the time of day would matter to the investigation, if maybe at 3am law enforcement would have to wait until morning before gaining traction with a search for a missing girl. “We’d be waking people up, chasing down every lead we can,” he said. “There would be a lot of people looking for her right away.”

He’s a good storyteller, and thoughtful—whenever our families visit I’m eager to hear stories about his job, not only the exciting parts, but the minutiae, too, of what it’s actually like to be a federal investigator: the paperwork, the office assignments. How things really work, the personalities involved. As a special agent with NCIS he investigates crimes relating to United States Navy personnel or property, working with criminals and victims, working in foreign countries, working stretches at sea, literally fighting pirates, helping in the effort to keep Americans safe and secure worldwide. As a science-fiction writer, my world largely consists of coffee, and pacing and mumbling to myself, and feverish stretches at the computer punctuated by reading through stacks of books, and napping. My brother-in-law operates in a different world than mine—But if I have a question about some story I’m writing, or some outrageous scenario I’m wondering how to make plausible, he’s gracious enough to let me pick his brain, and he comes through with real world correlates I can model my stories after.

About seven years ago we had lunch together at the Five Guys in Tyson’s Corner mall, in Virginia—we were out of the house together, with several hours to kill, because my wife’s sister was throwing my wife a baby shower that afternoon. There was a Liam Neeson movie playing, (Unknown, I think it was), so we decided on burgers and a movie before heading back. I had been thinking of time travel…I’d recently reread One Hundred Years of Solitude and was in awe of the overlapping timelines, the recurrences, the echoes throughout generations. It made me think of The Glass Menagerie, a play I reread often, and I was imagining how to approach a time travel mystery novel in a similar way to the themes in these works, about memory, possibilities. We ordered our food, found a table in the food court, and I asked him how being able to time travel might affect his job as a criminal investigator.

He had a fascinating answer.

Homicides are brutal and tragic, he told me, and are often committed by someone who knows the victim personally. He gave me the sense that homicide investigations are rarely thrill rides to capture a villainous suspect, but more often are like picking up the pieces of a tragedy, helping to bring closure and justice to an impossibly sorrowful situation. Years of bad decisions catching up to someone, a flash of rage that results in broken lives. People close to the crime will often tell an investigator what happened and why, and many times the person who committed the crime will turn him or herself in, or will confess during an initial interview. Every so often, however, an investigation is frustrated because people won’t open up to law enforcement, the people closest to the crime simply won’t cooperate—maybe they’re scared for their own safety, or still bound by close personal ties to the victim or the actor, or their emotions are running too high to gather their thoughts, to talk coherently.

It would be interesting, he said, if in those instances an investigator could travel into the future to interview suspects and witnesses at a much later date, when their emotions have cooled, when they might be more willing to talk, or at least talk about some aspects of the investigation, providing the investigator with information that he or she could then take back to the present and apply to the pressing investigation.

Would collecting evidence in the future be constitutional? How would that work? Does the future even exist?

I immediately thought: What a perfect mechanism for a novel, what a brilliant way to explore the way a character might change over time, how the relationships between characters might change. I remember going to the movie, only half paying attention to Liam Neeson rampaging through his enemies, chewing over the idea of time traveling to the future to investigate crimes…Would collecting evidence in the future be constitutional? How would that work? Does the future even exist? I remember thinking about Einstein’s “Twin Paradox,” about how a fast-moving astronaut might make it to a future world because of time dilation, but how would that astronaut ever return home?

I tucked the idea away.

Up until that point, I had a lifelong passion for literature and writing, but I never wanted to be a writer—not a published writer, anyway. That was never my daydream, I never chased after publications, I had only halfheartedly sent a story or a poem out to a journal here and there over the years; the idea of publication never excited me, but the actual act of writing and revising and thinking about language was of paramount importance to my life. I was working in a public library but I was absolutely committed to writing, I wrote every day—and I loved science fiction movies, and noir movies, and the novels of Chandler and Ballard and Philip K. Dick. I had started a correspondence with a writer I greatly admire, Stewart O’Nan, and because of his encouragement I started turning one of my short stories into a novel, a novel that eventually became my first publication, Tomorrow and Tomorrow. In that novel, characters can enter a fully immersive digital reconstruction of a city that no longer exists, a city that had been obliterated by a nuclear weapon. This reconstruction of the vanished city, called the “Archive,” is so detailed, so realistic, that investigators are able to collect evidence of crimes that had been inadvertently recorded and stored before the city itself was destroyed. I was lucky enough to have a literary agent take interest in my book, and when he asked what I was working on next, I told him the truth: “I don’t know, I never expected to have to answer that question.” He prodded me, there has to be something you’ve been thinking about writing.

“Ok, maybe…” And I was bingeing Battlestar Galactica on Netflix at the time, thinking of Starbuck, and I remembered that conversation I’d had with my brother in law a year ago, and imagined The Glass Menagerie as a science fiction thriller, so I said, “There is actually a story I’d like to write, I don’t know the details yet, but maybe I could describe it like this: Battlestar Galactica + NCIS + time travel.” That was the first moment I glimpsed the novel that became The Gone World.

I started asking and answering those first questions I had about time travel:

Would it be constitutional to use evidence gleaned from the future?

If a traveler can get to the future because of time dilation, how does she return home?

Does the future even exist?

Does the present even exist? Maybe nothing exists—or maybe everything exists.

Tom Sweterlitsch is the author of The Gone World and Tomorrow and Tomorrow. He has a Master’s Degree in Literary and Cultural Theory from Carnegie Mellon and worked for twelve years at the Carnegie Library for the Blind and Physically Handicapped. He lives in Pittsburgh with his wife and daughter. 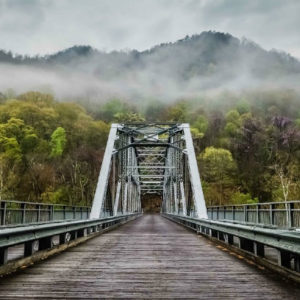 It’s not often that you meet someone who has expertise in something that both fascinates and terrifies you, but that’s...
© LitHub
Back to top