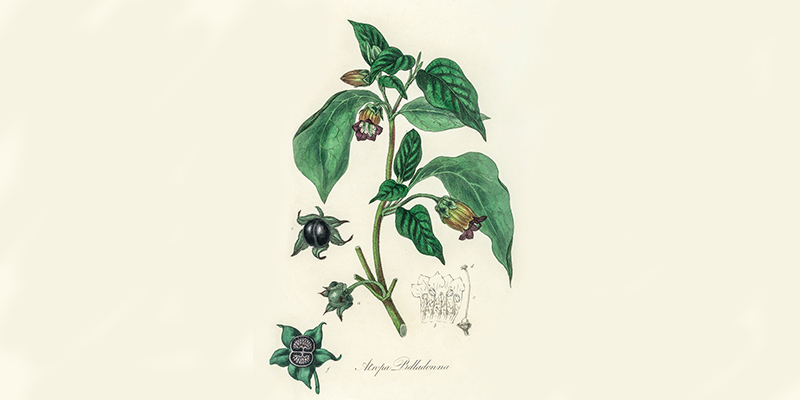 To Really Understand Agatha Christie, You Need to Know About Poisons

From Belladonna to Strychnine, Christie filled her pages with sinister concoctions.

“Give me a decent bottle of poison,” Agatha Christie reportedly said, “and I’ll construct the perfect crime.” As it turns out, she did it countless times: nearly half of Christie’s 85 mystery novels involve poison. And these are not fictional poisons, nor passing references; on the contrary, her toxins are well-known to science and often placed at the very heart of her stories.

Christie’s ingenious ability to build complex narratives around poison—including their administration and macabre effects—was due, in part, to her time as a war nurse during WWI. In 1917, she passed the examinations required to qualify her an apothecary’s assistant. During this time in the hospital’s dispensary, she was responsible for concocting a number of remedies. This required her to understand the substances themselves as well as their dosages and dispensing techniques. She continued working among drugs and dispensaries for many decades.

When I learned about Agatha Christie’s designation as an “apothecary’s assistant,” I couldn’t help but smile. My debut novel, The Lost Apothecary, features a female apothecary in 18th-century London who sells well-disguised poisons to women seeking vengeance on the men who have wronged them. Like Christie in the dispensary, the apothecary in my novel spends her days doing dirty, intricate work amid the most toxic of substances. But whereas Christie did her work for good, my apothecary is morally grey: much about her work is sinister. She sits within her hidden, candlelit shop, brewing and blending concoctions meant not to cure, but to kill.

Curious about such concoctions? There are only so many poisons to choose from, and inevitably Agatha Christie and I featured a few of the same poisons in our stories. Below are six of my personal favorites. Proceed at your own risk. 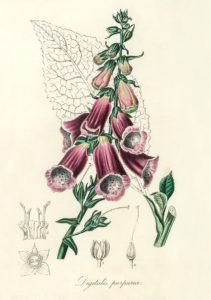 Digitalis is an extract of the foxglove plant, and it is the suspected poison in Christie’s 1938 novel, Appointment with Death. The active chemical is digoxin, readily absorbed into the gastrointestinal track and acting quickly upon the heart.

This poison is an example of how some substances may be benign—even therapeutic—in small doses, but toxic in large quantities. I’m certainly not making a medical recommendation here, but in small doses, foxglove has been effective in treating edema and swelling given the manner in which it slows the heartrate and lowers blood pressure. The apothecary in my novel understands this concept well, saying “even the most benign remedies may be deadly in great quantity.” How much, then, is too much? I don’t recommend you try to find out.

Ironically, an antidote to foxglove poisoning is atropine, discussed next. 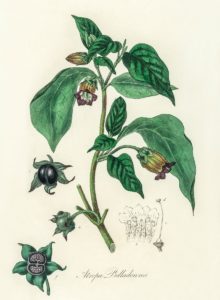 This poison is referenced in several Christie stories, most notably one of the short stories in the 1947 collection titled The Labours of Hercules. The victim in this story suffers from insanity and hallucinations, which are—not so coincidentally—also the symptoms of belladonna poisoning. The hallucinations caused by nightshade are well-known to give victims the sensation of disassociation, and even flying.

The active chemical in belladonna is atropine, a dangerous plant alkaloid; once in the bloodstream, it almost immediately targets the nervous system. Techniques to detect atropine in human tissue did not exist until the 1850s. This is true for many plant alkaloids, in fact, and is the reason I set The Lost Apothecary in 1791; forensic toxicology did not yey exist, and a poisoner like my apothecary could more easily get away with her sinister work. 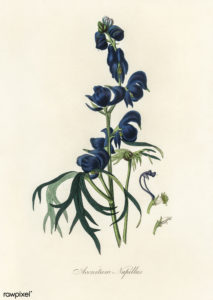 Monkshood poisoning plays a role in Christie’s 1957 novel, 4.50 from Paddington. Monkshood is a perennial, wild-growing plant with lovely, feminine flowers; it garners the name “monks-hood” due to the flower’s cylindrical helmet appearance. The plant is also known as wolfsbane, as it’s dubbed in my novel, The Lost Apothecary. This originates from a custom of the ancient Greeks, who would douse the ends of their arrows in the poison and then hunt wild dogs: the “bane of wolves.”

The toxin in monkshood is aconitine, a powerful plant alkaloid. When it enters the bloodstream, it causes diarrhea, vomiting, limb numbness, and arrhythmia. The roots are the most poisonous part of the plant, which is why the apothecary in my novel suggests disguising in something like a “mustard root sauce such as horseradish.” She then goes on: “Excellent when supper courses are to be served individually (avoid buffets).” 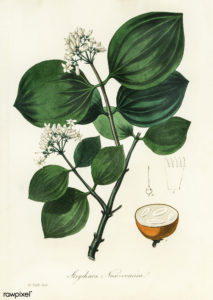 Given how reliably it causes death in a victim, nux vomica is the apothecary’s preferred poison in The Lost Apothecary. Referred to by its chemical name, strychnine, in Christie’s first novel, The Mysterious Affair at Styles, it is one of the more potent poisons known to man and originates from the nux vomica tree, which produces a small nut packed with poisonous compounds.

The effects on the human body are macabre. A common, albeit horrifying, symptom of strychnine poisoning is spine rigidity: victims have been known to arch their spines backward in a U-shaped bow. If you’ve seen the 1973 version of The Exorcist in which the child spider-walks backward down the stairs, you’ll know what I’m talking about. Death comes quickly, and rigor mortis sets in unusually fast. 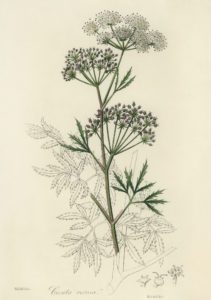 Fancy a carrot? Be forewarned: both carrots and hemlock are members of the Apiaceae family, which explains the lacy, frilly leaves adorning both plants. In fact, hemlock’s resemblance to carrots and parsley makes it a common culprit in accidental ingestion. Medical intervention is often necessary.

Hemlock plays a role in Christie’s Five Little Pigs; the poison was disguised in a glass of beer. The negative effects of hemlock are not attributable to a single poison, but to the combined effects of several alkaloids in the plant, which act quickly upon the nervous system. As noted in the apothecary’s annotations at the back of The Lost Apothecary, the initial effects of hemlock poisoning are vertigo and the sensation of being very cold. Mental faculties remain intact until the toxin causes respiratory failure. There is no known antidote. 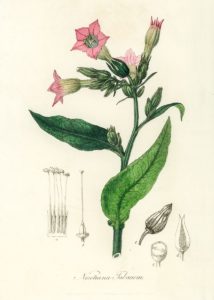 Does this one surprise you? If so, that’s entirely the point. It’s an evasive toxin—we tend to focus on smoking-related deaths, and rightfully so—but the chemical compound we know as nicotine is actually very toxic on its own. It’s absorbed easily through the skin and can kill from dermis contact alone, making it an occupational hazard for tobacco fieldworkers. It’s fast-acting, too: when inhaled, nicotine enters the brain within seconds. Symptoms of nicotine poisoning include stomach cramps, difficulty breathing, weakness, and seizures.

Nicotine is mentioned only briefly in The Lost Apothecary, but it plays a larger role in Christie’s 1935 novel, Three Act Tragedy, when one of the characters drinks a rather unpalatable cocktail at a dinner party. Later in the story, the toxin is hidden in a chocolate confection.

Cocktails and chocolate: what could go wrong? Quite a lot, if you’re an unlucky character in one of Christie’s mysteries. 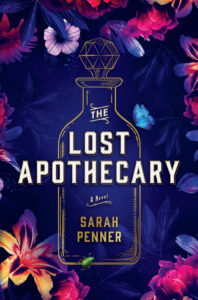 Sarah Penner is the author of The Lost Apothecary, her first novel. She works full-time in finance and is a member of the Historical Novel Society and the Women's Fiction Writers Association. She and her husband live in St. Petersburg, Florida with their miniature dachshund, Zoe. 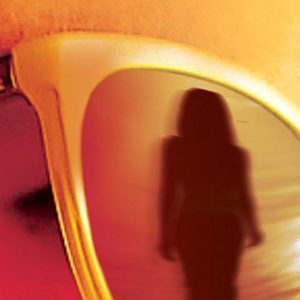 Another week, another batch of books for your TBR pile. Happy reading, folks. * Laurie Flynn, The Girls...
© LitHub
Back to top