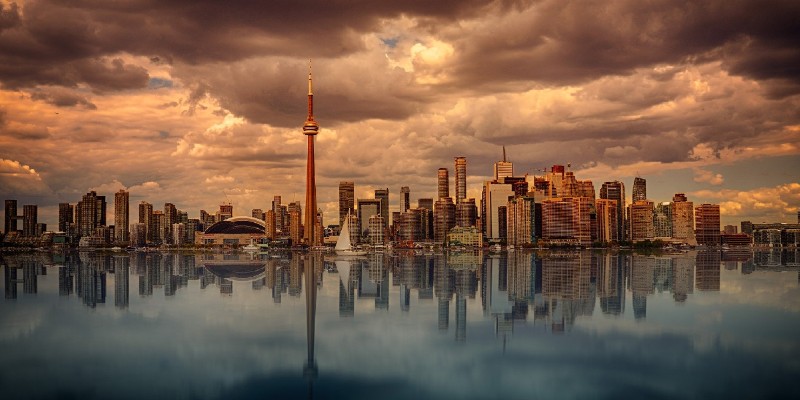 The mystery scene is booming in Canada's largest city.

Toronto—capital of Ontario and Canada’s most populous city with nearly three million people, or six and a half million if you count the Greater Toronto Area (GTA). But maybe a tough one for a column entitled “Crime and the City.” In 2019 The Economist magazine, looked at sixty cities across five different continents for its annual Safe Cities Index. Toronto came out as the safest city in North America (and the sixth safest globally). But that won’t stop us finding some crime gems, particularly as four out of the five safer cities—Tokyo, Singapore, Osaka, Amsterdam and Sydney—have already had their own columns. (Sorry Osaka! Your time will come.)

Perhaps then we should start with an historical fiction based upon a true story, just to show that Torontonians can get themselves into trouble and always have. Margaret Atwood’s Alias Grace (1996) recounts the notorious 1843 murders of Thomas Kinnear and his housekeeper Nancy Montgomery. The murders actually occurred in Richmond Hill, a suburb in the GTA, though the trial of servants Grace Marks and James McDermott took place in downtown Toronto. McDermott was hanged and Marks was sentenced to life imprisonment. Atwood (Ottawa born and now living in Toronto) created a fictional doctor to tell Grace’s story and try to understand her motivations.

Not that more contemporary Toronto can’t get a little rough. Toronto-born Robert Rotenberg still practices as a lawyer in the city, though has branched out into crime writing too. Rotenberg’s first legal thriller, Old City Hall (2009) was an international best-seller. Following a seemingly open-and-shut murder investigation after a leading Canadian radio show host confesses to his wife’s murder a defense attorney struggles to make sense of clues that do not add up, from unidentified fingerprints to discoveries about the victim’s self-destructive alcoholism. As the title indicates the action takes place in Toronto’s famous Romanesque Old City Hall, though that building is no longer the courthouse for the Ontario Court of Justice but is still a major tourist attraction. Rotenberg followed up Old City Hall with The Guilty Plea (2011), Stray Bullets (2012), Stranglehold (2013), and Heart of the City (2018). Each subsequent book was a Toronto Globe & Mail bestseller.

More recently Toronto writer Ausma Zehanat Khan has published the Detectives Esa Khattak and Rachel Getty series, featuring Muslim Detective Esa Khattak, head of the Canadian Community Policing Unit, and his partner Rachel Getty. Khan practiced immigration law in Toronto and has taught international human rights law and the series reflects these issues—Tehran to Sarajevo to The Hague and invariably somehow back to Toronto. The series starts with The Unquiet Dead (2015), then The Language of Secrets (2017), Among the Ruins (2018), A Dangerous Crossing (2018) and finally A Deadly Divide (2019), which starts with a mass shooting at a mosque in Quebec that at first appears a hate crime but then looks more like older grievances bubbling back to the surface. Either way Canadian society is dangerously divided and likely to boil over until Khattak and Getty can get to the real causes of the attack.

One more Toronto series worth mentioning. This one from Howard Shrier, who was born and raised in Montreal though now lives in Toronto—The Jonah Geller series. In Buffalo Jump (2008) we find Toronto investigator Jonah Geller at a low point in his life and working for a mobster who needs help. Though Torontonian through and through Geller’s later adventures take him down south to Chicago and Boston, and then back up to Montreal, though he always retains a wry Ontarian view on things.

And a couple of stand-alone novels with a Toronto setting….

Anthony De Sa’s Kicking the Sky (2014) is a compelling novel set in the Portuguese neighborhood of Toronto. It is 1977 and a shoeshine boy, Emanuel Jaques, is brutally murdered. In the aftermath of the crime, twelve-year-old Antonio Rebelo explores his neighborhood’s dark garages and labyrinthine back alleys. Kicking the Sky is more a book about growing up and seeing the world, unabashed and cruel in its reality, through adult eyes, but it is also about a crime and its consequences for the harmony and wellbeing of a Toronto community.

Toronto-based writer Andrea Gunraj’s The Lost Sister (2020) follows sisters Alisha and Diana growing up at Jane and Finch, a neighborhood located in the northwest end of Toronto where many immigrants come to start their lives in Canada. A terrible sadness descends when Diana, Alisha’s role model and light of the family, doesn’t come home one day. Her body is found in the woods and Alisha thinks she knows what happened. This novel is partially inspired by the experiences of a former resident of the Nova Scotia Home for Colored Children, an orphanage in Halifax.

One true crime book worth mentioning is Trevor Cole’s The Whisky King (2017) where Rocco Perri, from southern Italy, rises from the life of a petty criminal on the streets of Toronto to run the most prominent bootlegging operation of the Prohibition Era in central Canada which extended from booze into drugs, extortion and prostitution. But it was a messy business—his wife and business partner were both murdered. The Royal Canadian Mounted Police wanted him, but (defying the myth) never got their man. Perri was last seen, in 1944, when he disappeared without a trace.

And finally, as ever, a book that maybe doesn’t get shelved in the crime section but might well appeal to crime readers, Shaughnessy Bishop-Stall’s inventive novel, Ghosted (2010). Mason Dubisee works at a hot-dog stand in downtown Toronto owned by a drug dealer. He likes cocaine, whisky, fighting, Bob Seger and Texas Hold ‘Em poker. He is also struggling with a first novel but finds his only literary success is writing an eloquent suicide note for a regular customer. He becomes a professional suicide note writer for his drug dealing boss. It’s a strange novel, but gripping. Bishop-Stall likes to research the underworlds of which he writes. For his previous book about homelessness, Down to This: Squalor and Splendour in a Big-City Shantytown (2004), he reportedly spent a year in Toronto’s Tent City. As the Globe and Mail review of Bishop-Stall’s work noted, think Charles Bukowski or Hunter S. Thompson mixed with a little of David Duchovny in Californication, but all in downtown Toronto. 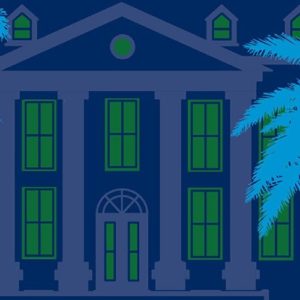 Another week, another batch of books for your TBR pile. Happy reading, folks. * Aimee Molloy, Goodnight Beautiful (Harper) “Molloy...
© LitHub
Back to top