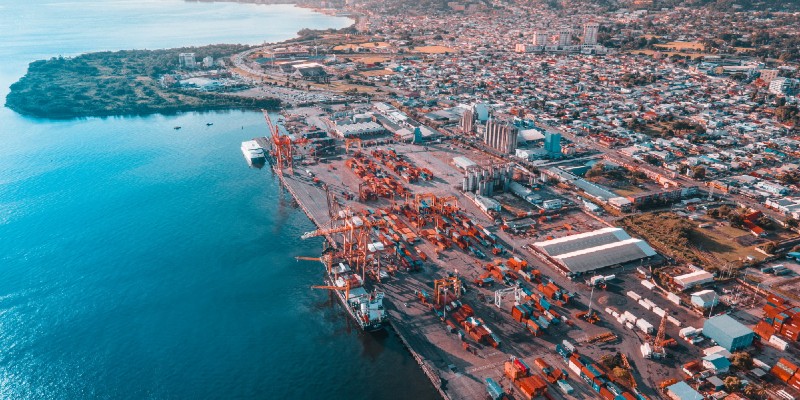 'Crime and the City' visits the Caribbean island nation with a powerful literary tradition.

Trinidad and Tobago—a Caribbean island with influences from Africa, Europe and Latin America. The dusty tough streets of the capital Port of Spain to the pristine beauty of the birdwatcher’s paradise of Tobago. A major oil producer but best known for? Calypso music, strong rum, Angostura Bitters, and some wicked fast-bowling cricketeers. And, if you can get out of the bar and away from the cricket there’s a bunch of crime novels set on the islands too.

First, a book from the 1930s—Murder in Trinidad (1933). The English-born author and ‘adventurer’ (not a job title you come across so much these days) John W Vandercook is not much remembered today as a crime writer. His books are pretty much all out of print and have been for decades but go back to the 1930s and he was a prolific author of mystery novels and, post-war, became a familiar and much-loved voice on American radio. Vandercook wrote non-fiction biographies and studies of various places, often in the Caribbean. He also carried on the Mr Moto novels after JP Marquand moved on from his Japanese detective. Vandercook also wrote a series of ‘Murder in….’ novels set in New Guinea and Hawaii. In 1933 he set his sights on Trinidad. Murder in Trinidad features drug running, two murders thirteen years apart and a treacherous swamp. A year later Hollywood turned out a rather forgettable B-movie of the novel and then, in 1945, a slightly better version of the novel under the title The Caribbean Mystery.

Moving on from the Golden Age to the contemporary Sharon Millar’s The Whale House and Other Stories (2015) is a series of stories that reflect the tumult of Trinidadian society. Millar was born and raised in Trinidad and won the prestigious 2013 Commonwealth Short Story Prize. Not all the stories in this collection are strictly crime though all are grittily realistic. In one a pathologist is asked to lie about a boy killed on government orders. In another a sister tries to make peace with the parents of the white American girl her brother has murdered. In a third a local gangster makes his posthumous lament. As well as great storytelling Millar chooses various locations around Trinidad and describes them all lovingly and lavishly.

Claire Adam’s Golden Child is another book, and Adam’s debut, that is set amid Trinidad’s social complexities and socio-political system. A family struggles with the awful news that their son has been kidnapped. Yet mainly this book is an intricate tour of the sights, sounds, and smells of Trinidad’s capital city Port of Spain. Golden Child: A Novel was awarded the Desmond Elliott Prize, an annual award for the best debut novel written in English and published in the UK.

Also relatively contemporary is S.M. Shah’s Murder on Scarlett Island (2017), the first in a projected series of novels inspired by true events that took place in 1985 on Trinidad & Tobago. It centres around an unprovoked attack that was a major news story on the islands at the time.

Look back at Trinidad’s history is J.L.F. Waldron’s Gypsy in the Moonlight (2015). Set in 1942, World War Two and Trinidad (a crucial source for oil in the Caribbean) Gypsy in the Moonlight is full of US soldiers watching for German U-Boats. It’s hot, humid and there’s too many bored men. Murder seems inevitable.

The fantastic Akashic Noir series of short story collections has visited Trinidad with Trinidad Noir (2017). The collection, edited by the local novelist Earl Lovelace and Robert Antoni (whose parents were from Trinidad), has grouped the stories into four historically significant periods—Leaving Colonialism, Facing Independence, Looking In, and Losing Control. Among the contributors are some of Trinidad’s best known and most widely authors internationally including the socialist historian C.L.R. James, the poet Derek Walcott (actually born in St Lucia), Samuel Selvon who wrote several classic novels of the West Indian experience in England for the Windrush Generation (especially The Lonely Londoners, 1956), V.S. Naipaul (on whom more later), the aforementioned Sharon Millar and others.

Ty N Batson’s Mr. Big (2011) is a super fast paced noir-ish thriller set in Trinidad and with a professional assassin who himself becomes a target. Batson, a fan of Chandler and Robert B Parker, is a health-systems development specialist by day, is an avid reader of crime thrillers and hard-boiled detective stories who had described himself as ‘Trini-to-the-bone’. Hopefully, there will be more from Batson.

And finally, it’s impossible to write about the fiction writing of Trinidad and Tobago without discussing the life and work of V.S. Naipaul. Naipaul’s earliest novels were more charming and comic than his later, bleaker, more alienated works that often reflected Trinidadian society in a dystopian form. An important novel, and arguably one that discusses crime and criminals, is Guerillas (1975) set on an unnamed, remote Caribbean island obviously modeled on Trinidad. The novel features Jane, a Londoner, and her partner Roche, a white South African, who have recently arrived on the island. Roche works with the poor and comes into contact with a dishonest revolutionary opportunist named Jimmy. Guerillas is, in part, based on the life and exploits of Michael de Freitas, the Trinidadian-born black revolutionary who was known as Michael X, inspired by Malcolm X in the United States. De Freitas spent much of the 1960s in London attempting to build a Black Panthers style movement in England. To cut a long story short de Freitas eventually returned to Trinidad where, in 1972, he was found guilty of the murder of two members of a commune he had established. He was hanged in 1975.

Naipaul wrote Guerillas and the wrote again about de Freitas in The Return of Eva Perón and the Killings in Trinidad (1980). While Guerillas is not a straight retelling of the events around de Freitas’s return to the islands and eventual execution the novel does build to a tragic and violent ending. 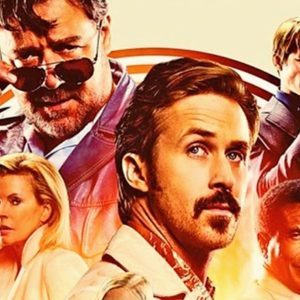 —This piece originally appeared in NOIR CITY magazine. In 2009, a representative of the firm of Bloom Hergot Diemer Rosenthal...
© LitHub
Back to top