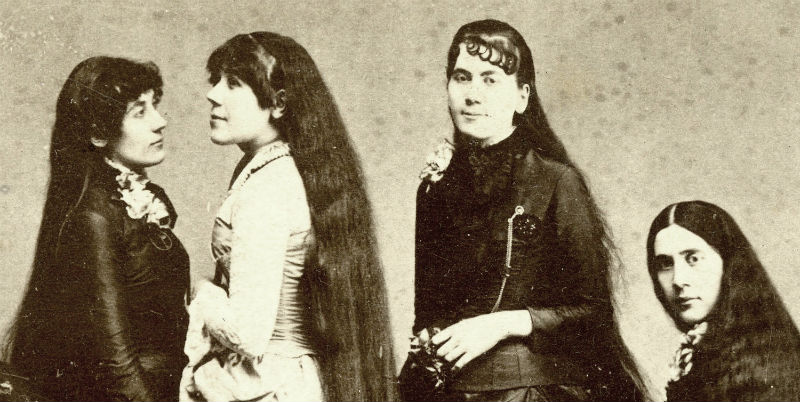 And Other Burning Questions from the True Crime Obsessed

“How do you get away with murdering your siblings? (Asking for a friend.)”

Let the record show that this is the second time my little sister has “jokingly” asked me this question, and that I am answering it with all the gracious detachment of a 16th century monk.

Power-hungry, are we? Sure, there are cases of disturbed lads and lasses killing their siblings out of paranoia, jealousy, or psychopathy, but the most famous fratricides and sororicides throughout history were committed by kings, queens, emperors, and their gilded ilk. Nero poisoned his half-brother Britannicus at a dinner party. Cleopatra had her younger sister, Arsinoe IV, slaughtered on the steps of a temple. And that’s child’s play compared to the Ottoman Sultan Mehmed III, who had all nineteen of his brothers strangled to death—using silk handkerchiefs—after he ascended the throne. Some of them were still babies.

Mehmed didn’t order those deaths because he was some kind of thrill-killing maniac, or because he and his brothers clashed one too many times over who got the best Christmas presents. He killed them because it was the law; a law implemented to prevent the sort of civil war that often happens when siblings rise to power at the same time.

But even though it was “the law,” killing nineteen brothers just felt…wrong. No matter how much you couched it in politics or framed it as a “power grab,” it was hard to scrub away the ick factor, the taboo-ness of the act. Killing a sibling is the sort of thing that haunts a person bad (just look at Claudius, in Hamlet, who lost the ability to pray after killing his brother the king; just flip through all the agonized art made about Cain, cursed forever for killing his brother Abel). In fact, the whole fratricide-times-nineteen thing was such a bad look for our boy Mehmed that the law about killing brothers was abandoned with the next Sultan. (Instead, pesky royal Ottoman siblings started getting locked up inside a palace, where they whiled away the hours working on—I kid you not—macramé.)

On the flip side of all these fratricidal fiends and sororicidal sociopaths, you’ve got the siblings who kill…together. (Aww!) Take the Kray brothers, a pair of identical British twins who ruled over London’s organized crime scene in the 50s and 60s and rubbed elbows with Frank Sinatra and Judy Garland. Together, they experienced life to the fullest—from arson to torture to murder—and their sibling-ship truly helped them be the best criminals they could be. In The Cult of Violence: The Untold Story of the Krays, author John Pearson, writes, “In gang fights they seemed to be telepathic, as if they were one.” Let’s be brutally honest with each other: that’s kind of cute. Or you’ve got the infamous Irish “Scissor Sisters,” who chugged booze and popped ecstasy and then chopped their mother’s abusive boyfriend into a lot of different pieces. Some families express love nonverbally, you know?

But you didn’t ask about Ottoman macramé or British mobsters—you asked how to “get away” with it. Well, Nero and Mehmed and Cleopatra got away with it by having an awful lot of power. When they killed their siblings, it was more or less done in the open, and no one was all that surprised. (If you were an ancient royal sibling who didn’t expect to be offed, I might go so far as to call you…naïve.) So if you’re TRULY interested in sororicide, my dear Anna, here’s step one: gain control of an empire, and then nobody can tell you not to. PS: Sorry for the time I poured ice water on you in the bath.

Lives of the Victims

“How can we love true crime while being respectful of the victims?”

In the week before my book about female serial killers came out, I went to a local radio station to do a little interview. The host and I chatted about the usual—why murderesses kill, what’s the deal with all that arsenic, why no one ever suspects Grandma even though she’s on her seventeenth husband. Easy, breezy, beautiful, Cover (of True Detective) girl. But suddenly, the host’s tone shifted from chatty to sort of agonized and accusatory.

“Why don’t we read books about the victims?” she said.

I thought for a second about faking outrage. “I KNOW, right?!” I could have said. “It’s absolutely disgusting, our focus on the perpetrators. We need to ENACT CHANGE and start—”

But to tell you the truth, I understand why we don’t read books about the victims, and I think that’s where the secret to our respect lies. So I replied, “Because the victims’ lives are usually pretty…ordinary.”

The victims of murderers are rarely these splashy, Hollywood-ready, blinding-white-teeth-and-a-tragic-backstory figures. (Of course, when a victim is particularly beautiful or young or tragic, their case tends to get extra attention. But that’s not what we’re here to discuss today.) Murder victims are, for the most part, regular people who never expected to be part of any sort of marketable narrative. I might even argue that their regular-citizen-ness is a key part of what separates true crime stories from stories about, say, war (soldier-on-soldier violence) or organized crime (mobster-on-mobster violence). The victims of our most famous criminals—the LaBiancas, the Otero family, Laci Peterson, Ron Goldman—did not become victims because it was easy to imagine an Oxygen biopic made about them. They became victims because they had the terrible misfortune to cross paths with a killer.

In sharp contrast, the lives of famous criminals are cinematic, not because criminals are special or cool or extra badass, but because the circumstances that make someone a killer tend to be bigger, sadder, scarier, and more noir-ish than the circumstances that make someone, say, a banker. Sometimes the arc of a criminal’s life is familiar to the point of being cliché: he wet the bed, he had an abusive father, he set cats on fire. Sometimes the arc is notable because it initially seems so ordinary, like how the BTK Killer was just a regular suburban dad with a mustache and rimless glasses who was a deacon at the local church and then used the church computer to send clues to police (record scratch). No matter how different the circumstances of each killer’s life, their narratives always build toward a single, simmering moment of horror: the murder itself. In that moment, they become—in the most basic sense of the world—extraordinary. Extra-ordinary; outside of the common order, unusual. They have stepped out of rank. This is what makes them bad people. It is also what makes them easy to write books about.

Article continues after advertisement
Most victims are just going about their lives, which is what makes these crimes so hauntingly unfair. Before Leno and Rosemary Labianca were murdered by the Manson cult, they were shopping for houses.

It’s just not the same for the victims. Murder victims’ lives aren’t building and building until they become some perfect sacrificial lamb for their killer’s dark urges. Most victims are just going about their lives, which is what makes these crimes so hauntingly unfair. Before Leno and Rosemary Labianca were murdered by the Manson cult, they were shopping for houses. They were running off to Vegas to get married. They were betting on horse races. To write a biography about the Labiancas that linked all these ordinary details of their lives to the night they were murdered would be disingenuous and a little bit crazy. (Perhaps this is why there is no Labianca biography out there, while the Manson oeuvre just keeps getting bigger, from Helter Skelter to The Manson File to The Family to Hunting Charles Manson to Manson: The Unholy Trail of Charlie and the Family to Charles Manson: Music, Mayhem, Murder—you get the point.)

And so I think we respect the victims of true crime by remembering their beautiful ordinariness. We use basic decency: saying their names, including personal details if we have them, defining them by more than just “Green River Killer victim #16” if we can, and understanding that every one of them, no matter how downtrodden, was someone’s child, with their own grab bag of hopes and dreams. When I call them “ordinary,” I mean that as the highest compliment. If we look into the etymology of “order,” we can see that being “ordinary” implies being a member of the collective body, part of “a community which is under the rule of law.” Trace the word “order” back even farther and you get “a row of threads in a loom.” In other words, their ordinariness makes them ours. Maybe we don’t write books about the victims, but we also don’t write books about you, or me. Instead, they are threads in a larger weaving, ranked right next to the rest of us, an integral part of the picture—and we can respect them by remembering them that way.

The Ins and Outs of a K-9 Thriller Partnership

Our Favorite Stories of 2018 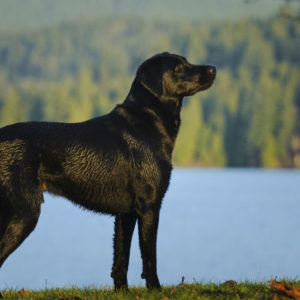 The Ins and Outs of a K-9 Thriller Partnership

Jen J. Danna and Ann Vanderlaan met in 2007 when Ann, a gun-owning Texan, corrected Jen, a gun-control loving Canadian, about...
© LitHub
Back to top