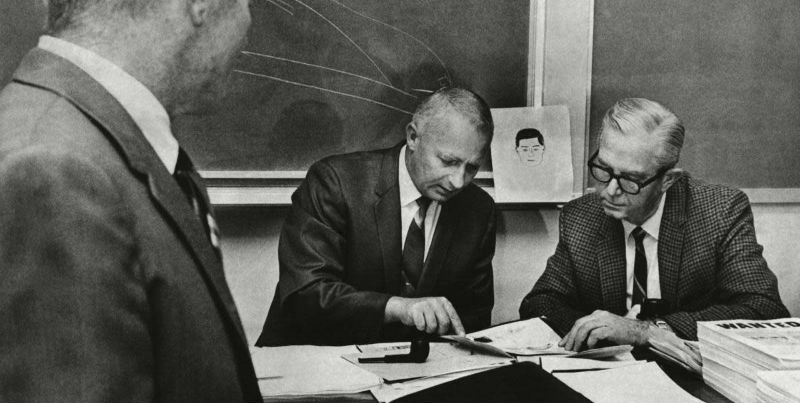 And Other Pressing Questions in the World of True Crime

Now that true crime obsession has gone mainstream, a whole host of dilemmas and debates have wormed their way into everyday life. We’ve asked Tori Telfer, author of Lady Killers: Deadly Women Throughout History (Harper Perennial, 2017) and the host of the Criminal Broads podcast to tackle the weightiest issues of the day from around the crime community. Each month, she checks in with readers to help solve their most pressing true crime quandaries.

“How often do people ask you, ‘How do I get away with murder?’”
—Kat J., Chicago

Funny you should ask this extremely meta question, Kat, because “How do I get away with murder?” was one of the questions in the very first true crime advice column on this site! As you clearly suspect, people do like to joke about murder with me when they find out that I write about it. I’d estimate that, every time I do an event for Lady Killers, at least one person makes a murder-y joke. Sometimes it’s about how to get away with murder, sometimes it’s about how to know if they’re being poisoned, sometimes we all dissolve into frenzied laughter after I say something that isn’t technically funny, like, “And then she stirred the arsenic into his coffee for the second time,” and afterward we just look at each other, strangers bonded by our own sinister humor. I don’t mind it at all. (Okay, there is one “joke” I do mind, and I get it all the time: “How does your husband sleep at night?!” JUST FINE, THANKS, MAY I GET BACK TO TELLING YOU HOW ARSENIC POISONING MIMICS MANY COMMON DISEASES OF THE 1800S?)

Now, to be painfully honest with you, Kat, sometimes I’m the one that starts making the jokes about murder. This happens more than I care to admit. In fact, I was recently in a stranger’s apartment (long story; it involves microphones), when I decided to break the ice by announcing, “Don’t worry, I’m not a serial killer!”

The stranger laughed—but not very loudly. No matter. I forged ahead like the Axman of New Orleans.

The moral of the story, Kat, is that there’s something about morbidity that brings out a sort of nervous awkwardness in all of us, I think, and we could pearl-clutch about it, but doesn’t that sound horrible? Instead, I won’t judge you for your tendency to make Jack the T/St/D/Ripper puns if you don’t judge me for wishing you a very happy Beast of Hanover’s birthday.

“How easy would it be to theoretically convince the world that I am the Zodiac Killer?”
—Lara, Iowa City

Lara, I applaud your chutzpah. Take your 15 minutes of fame however you can get them, I say! Now, listen up, you’ve got one shot to pull this off, or you risk being relegated to an anecdote in some droning think piece titled, “Why Are Young Women Reading About Serial Killers Instead of US Presidents?” Here’s what you’ve got to do.

Zodiac was active in California during the late 1960s (though zodiackiller.com, which contains “the largest source of Zodiac information on this planet,” tentatively links a 1963 slaying to Zodiac). Let’s be outrageously generous and say Zodiac was 15 during the 1963 murder and in his early 20s during the peak of the murders. He’d need to be born in or around 1948 at the earliest, making him in his 70s today. Want to walk the Zodiac walk? Make sure your driver’s license, worldview, and cultural references all reflect a 1948ish birth year. Invest in some good prosthetics if you must.

2. Brush up on the art of cryptograms.

Zodiac was either so good at cryptograms that most of his haven’t been interpreted to this day, or so bad at cryptograms that most of his will never be interpreted because they’re nonsensical. Either way, you’ll want to be conversant; might I recommend The Great Book of Cryptograms by Louise B. Moll, which, according to Amazon reviews, will “tax the brain” (much like being a serial killer who’s trying to blend into society)?

3. Scowl at every passing couple.

Zodiac was always attacking young couples canoodling in secluded areas. To bolster your case, make sure you’re known for your hatred of young love. A ritual burning of When Harry Met Sally may help.

4. Rediscover the old-fashioned art of letter-writing.

Do you ever wish people would just sit down and take the time to write their loved ones? Are you tired of all the texting and Tweeting and Snipping and Snapping that young folks are up to these days? Zodiac was a prolific letter-writer, sending at least 18 letters to the newspapers and to regular people. You can study his handwriting here, should you need to mimic it in a pinch.

5. A blonde crewcut and a pair of black-rimmed glasses…

Police are still hoping that genealogical DNA might catch Zodiac, just like it caught the Golden State Killer, so hurry up and tell your friends that you’re the infamous killer now—because there’s a chance that before too long, the world will know who the real Zodiac is. 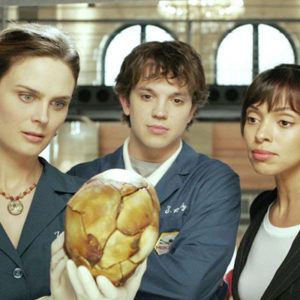 Deep in the heart of the Texas Hill Country lies a 26-acre patch of land dotted with oaks, mesquite trees, and the occasional...
© LitHub
Back to top