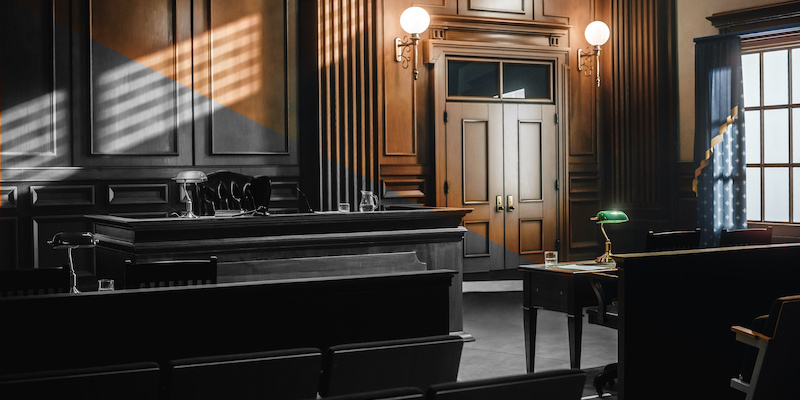 These works engage with the tropes of true crime while questioning them.

When I started writing my novel, How to Be Eaten, I wasn’t really thinking about true crime. In it, I reimagine classic fairy tale characters as modern women trying to make sense of their lives in the aftermath of their traumatic stories. Yet as I considered how the women would be viewed in the public eye today, I realized that their strange and horrific stories were ripe for sensational true-crime treatment. They would be dissected in lurid detail yet oversimplified with tidy narratives telegraphed in enticing headlines. Thus, in How to Be Eaten, Little Red Riding Hood’s fateful encounter with a wolf is picked apart on true crime podcasts, details of Gretel’s mysterious kidnapping are combed through by Reddit sleuths, and the media rendition of the Bluebeard story focuses on his prowess as a serial killer without any nuanced consideration of the victims or survivors.

With this media treatment as a backdrop, I retold the women’s stories, sometimes detailing the horrific crimes myself. I felt discomfort as I wrote these sections: I had lofty goals of “interrogating” the true crime genre, but I still clearly had an appetite for it. I was still riveted by the crimes, still entertained.

It’s a problem other writers and creators have grappled with. True crime is so ubiquitous that it has sprawled out beyond its own borders, into other genres that engage with its tropes while also questioning them, turning them on their head, or showing them in a new light. From memoir to podcast, these works examine true crime from beyond the genre. 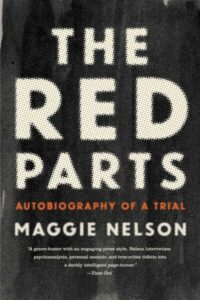 The Red Parts: Autobiography of a Trial by Maggie Nelson (memoir)

Maggie Nelson is now known for her genre-bending nonfiction like The Argonauts and Bluets, but among her earliest work is a poetry book (Jane: A Murder) about her aunt, who was murdered before she was born. Right as the book was being published, the more-than-three-decades old case was reopened with a new suspect thanks to DNA evidence. While The Red Parts is grounded by the resulting trial, it is really an exploration of the multi-generational effects of the murder on a family. Nelson has tried to distance the book from “the garish rubrics” of true crime or memoir, though it does have elements of both. “I became a poet in part because I didn’t want to tell stories,” writes Nelson in The Red Parts. “As far as I could tell, stories may enable us to live, but they also trap us, bring us spectacular pain. In their scramble to make sense of nonsensical things, they distort, codify, blame, aggrandize, restrict, omit, betray, mythologize, you name it.” 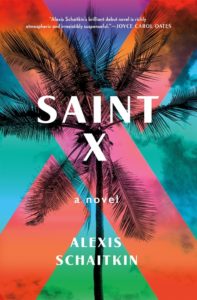 It’s hard not to first think of the Natalee Holloway case when you start this novel, which revolves around the mysterious death of a young white woman, Alison, while on a Caribbean vacation. Not quite a thriller yet still a page-turner, the novel is focused less on solving the crime than on the long shadow it casts on those who knew Alison, particularly her younger sister Claire, who becomes fixated on the case after a chance encounter with Clive, one of the men suspected in Alison’s death. Throughout, Schaitkin is sharply aware of the true crime genre and its obsession with “dead white women” and doesn’t shy away from exploring privileges of race and class. 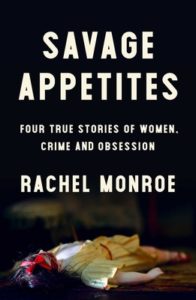 Rachel Monroe considers her own relationship to true crime by delving into four different women’s extreme crime obsessions: a forensic scientist who meticulously created crime-scene dioramas, a Columbine fangirl, a family friend of a Mason victim, and a woman who fell in love with a convicted murderer. Ultimately, she argues that these women were “encouraged to lead small lives or to keep parts of themselves hidden [and] becoming entwined with a famous crime enlarged their world and allowed them to express things they couldn’t otherwise voice.” She questions the popular theory that women are interested in true crime to avoid becoming a victim, preferring a “more alarming hypothesis”: women are interested in violence. “Perhaps we liked creepy stories,” she writes, “because something creepy was in us.” 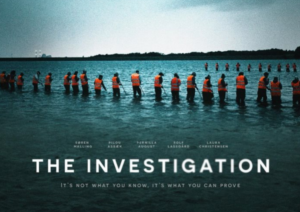 The Investigation (Efterforskiningen) directed by Tobias Lindholm
(miniseries, based on a true story)

This six-part Danish miniseries, most recently available with English subtitles through the BBC and HBO, concerns a true story: the death of Swedish journalist Kim Wall, who set out to interview an entrepreneur in his homemade submarine, but was instead tortured and gruesomely murdered by him. Sensationalized across international media and ripe in every way for conversion into a lurid crime thriller, the show purposefully resists this treatment. Quiet and slow-moving, The Investigation begins with an arrest and never names the perpetrator. The focus is instead on the tedious work of collecting enough evidence to convict. Here, commentary and critique are created by mere contrast to both the real-life media coverage and typical “based on a true story” conventions. 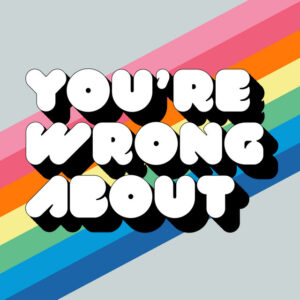 With insightful analysis and a sharp wit, You’re Wrong About host Sarah Marshall reconsiders well-known, sensationalized stories, with a particular interest in maligned women of the 90s and with plenty of forays into infamous crimes. Here, the shock is not in the lurid details, but in the astounding ways in which the media framed and distorted the stories. The revelation isn’t the culprit or the motive, but that our impressions of the cases were completely wrong. Crime-related episodes include a long series on OJ Simpson (with a particular interest in prosecutor Marcia Clark), as well as episodes about Amy Fisher, Lorena Bobbitt, Chandra Levy, and others. 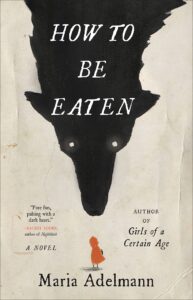 Maria Adelmann's work has been published by Tin House, n+1, The Threepenny Review, Indiana Review, Epoch, McSweeney's Internet Tendency, and others. She has received fellowships from Cornell University and The University of Virginia, where she earned her BA and MFA respectively. Maria has had quite a few jobs (visual merchandiser, instructor, hotel reviewer) in quite a few cities (New York, Baltimore, Copenhagen) and once on a ship. She enjoys learning new crafts and letting personal projects take over her life. You can visit her online at mariaink.com or on Twitter and Instagram @ink176. 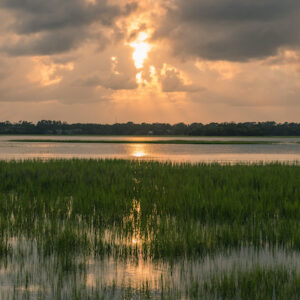 When I moved from central New England to the barrier islands off the coast of North Carolina, I left behind many things,...
© LitHub
Back to top