A Look At 7 Podcasts That Don't Sacrifice Ethics for Storytelling

When podcast network Wondery dropped Sword & Scale from its lineup earlier this year, there was a sense of vindication: finally the industry is considering the ramifications of putting very real, very violent crime stories in the mouths of misogynists. The move from Wondery was a direct response Sword & Scale host Mike Boudet’s poor-taste social media posts on International Women’s Day. It was not his first offense.

For years Boudet has been accused of predatory online behavior, sliding into fans’ DMs (there are receipts) and condemned for his gratuitous use of 911 archive materials, insensitive narration around mental health and disrespect for real victims of crime (especially women or LGBTIQ people) (living or dead). Telling true crime stories can be a dicey endeavor—there are real consequences for the people involved. Our interest in the genre isn’t dissipating, so it’s crucial we consider and react to how these stories are handled and who tells them.

It’s almost been five years since Serial, the This American Life spin-off that launched a thousand true crime podcasts, was released. Serial is held responsible for the podcast boom, but it also initiated conversations about true crime podcasts and ethics. At the time, critics commented on its use of the fictional dead girl tropes in a real murder investigation and the lack of focus on victim Hae Min Lee. Others looked at the implications of “white privilege journalism” given that host Sarah Koenig, a white woman, was dealing with central players from distinct immigrant cultures. The most scathing indictment of all came directly from Lee’s family who denounced Serial entirely and refused to participate in the show.

Since then, true crime podcasts have been scrutinized for how they approach real subject matter as entertainment. Stitcher’s Missing Richard Simmons was called an “ethical minefield” by The Atlantic and Vox considered Serial and This American Life spin off S-Town “invasive”. So Wondery’s decision to axe Sword & Scale isn’t an isolated incident—in fact it was a long time coming.

Sword & Scale remains immensely popular; it’s now released independently and has a legion of Patreon-subscribing devotees supporting the well-produced one man show. But after years of questioning the on-air and off-mic actions of the self-proclaimed ‘Murder Daddy’, some fans (#notallfans) are turning away. So you’re taking the “if you don’t like it, don’t listen” advice of Sword & Scale defenders, where can you turn to get a true crime fix?

Networks are not only admonishing hosts, they’re also beginning to commission more daring true crime podcasts. There’s a been a rise in releases approaching the genre in more inventive, less exploitative ways hosted by professionals who have permission from victims. So if you’re looking for a new show that doesn’t make you feel conflicted, below is a guide to true crime podcasts doing right. 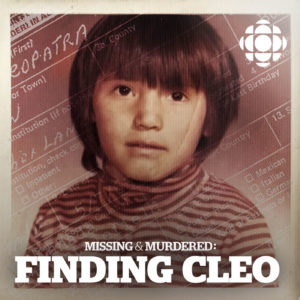 The Canadian Broadcasting Corporation are creating some of the best, most interesting podcasts out there, including the award-winning series Missing & Murdered.

Over two seasons of Missing & Murdered takes a ‘Trojan horse’ approach to true crime, repurposing dead girl stories and missing persons mysteries to decolonize our interest in these tales (meaning not focusing exclusively on dead white girls). Hosted by Cree journalist Connie Walker, the first season of Missing & Murdered investigates the cold case of Alberta Williams. Williams was an indigenous woman found dead along British Columbia’s Highway of Tears, so dubbed because numerous women, especially indigenous women, had been found murdered along that stretch of road. For the second season, Walker turns her attention to another story of gender-based violence, this time a missing persons case with a twist.

Missing & Murdered: Finding Cleo is about a family searching for the truth after their younger sister, Cleopatra Nicotine Semaganis (Cleo), was taken by Canadian child welfare and re-homed in the United States in the 1970s. Featuring discussions with government bodies and vulnerable confessions by Cleo’s family (adopted and biological), Finding Cleo is a singular work that interrogates government abuses against indigenous peoples and examines how trauma reverberates across familial lines for generations. 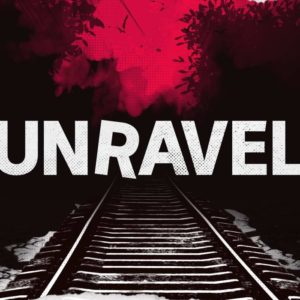 Unravel: Blood on the Tracks

The way hosts and listeners access the concept of justice—a favorite in true crime—is shrouded in dominant social and cultural cues. Unravel: Blood on the Tracks, a production of the Australian Broadcasting Corporation, focuses on decolonizing the lens of justice Down Under, unfurling the ways racist systems uphold and ignore crimes against First Nations communities.

Over seven-episodes, award-winning indigenous Australian journalist, Allan Clarke, investigates the death of Mark Haines, a 17 year-old Gomeroi teenager, whose body was found on train tracks in Tamworth in 1988. Unravel: Blood on the Tracks utilizes a format we’ve become worryingly accustomed to as entertainment and makes us rethink the way we engage with it and move through the world.

Underscoring mystery at the center of Unravel: Blood on the Tracks is the greatest question of all: if Haines had been a ‘whitefella’, would his death have been ignored for so long? In investigating the story of a single mystery, and speaking with Haines’ family and friends, Clarke is able to uncover larger political truths at play. 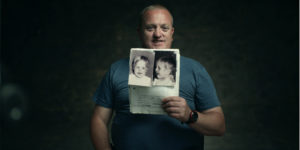 Ghosthunter is a rich audio experience. The layered recordings from the ghost-hunting expeditions will send shivers down your spine. But what makes Ghosthunter really compelling is its representation of flawed characters. Over the course of years, Lawrence helps King search for answers about the things that haunt him. But the deeper Lawrence dives, the more mysterious the ghost hunter becomes.

Lawrence and the Ghosthunter team have crafted a five-part audio-documentary that handles the complexities of reporting on trauma and abuse, friendship and family, memory and mental health with nuance. Ghosthunter is about what makes us human; scars both visible and invisible, ghosts both real and imagined. 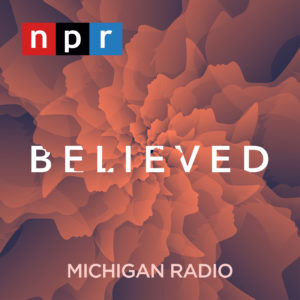 Perpetrators and predators are often the narrative crux of true crime podcasts. Believed, from NPR and Michigan Radio, flips the whodunnit narrative by focusing on survivors of crime. Hosts Lindsey Smith and Kate Wills take a season-long deep dive into just how Olympic gymnast doctor, Larry Nassar (now imprisoned) got away with abusing so many young girls for so long.

Believed is the outcome of the noticeable shift toward listening to (and not blaming) survivors, particularly women, through movements like #MeToo. Believed deconstructs the concept of a “he said/she said” narrative as we hear tape of Nassar justifying his crimes, court recordings and interviews with victims. The episode titled ‘Gaslighting’ is an audio demonstration of exactly what that buzzword means. Believed shows what can come from giving victims a (literal) voice and the power a cacophony of voices can wield. 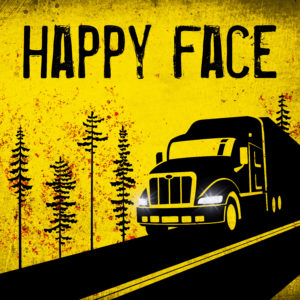 Serial killers make up a significant portion of true crime content; they’ve reached the height of celebrity in pop culture. Sick of how these (mainly) white (mainly) men targeted marginalized members of society (women, people of color, gay people, sex workers, children) only to become romanticized heroes with cutesy monikers? Happy Face from How Stuff Works is the podcast for you.

Happy Face is a different take on the things people crave with a serial killer subgenre—the murders, early life of the killer, psychopathy and neurology. Melissa Moore, daughter of Keith Hunter Jesperson, the ‘Happy Face killer’, is the narrative heart of this podcast. Ironically reclaiming the nickname, the twelve-part series is a sensitive consideration from the perspective of a woman who struggles with living her life while her father’s victims no longer do.

Happy Face is hosted and produced by Lauren Bright Pacheco who handles the content with respect. Across the season, Moore meets with the family of her father’s victims, undergoes tests to determine whether the murderous gene lives on in her and wonders why we’re more pained by reports of Jesperson’s animal rights abuses than by his violence towards women. Happy Face is vulnerable and emotional, not to mention more interesting than anything a ‘famous’ serial killer ever did. 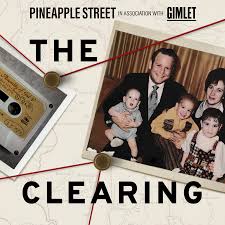 The Clearing, a new podcast from Gimlet and Pineapple Street Media, takes a similar approach to Happy Face with a more pragmatic spin. Forty-year-old April Balascio long suspected her father, Edward Wayne Edwards, was guilty of murder. In 2009, she turned him in to police and Edwards was arrested for five counts of murder. He died in prison in 2011. Balascio avoided talking to the press for years, until now.

Host of The Clearing, journalist and author Josh Dean, works with Balascio to tell this (still unravelling) story and unpack the mythology built around her father. Together, they look at how having a serial killer father impacted Balascio’s life and approach (and reproach) conspiracy theorists who have linked Edwards to the Zodiac killings, and even the death of Jon Benet Ramsay. While other shows rely on glorifying butchery, The Clearing offers thrills by including Edwards’ voice via an archive of banal cassette recordings that, in their own spooky way, prove he’s not worthy of heroism. 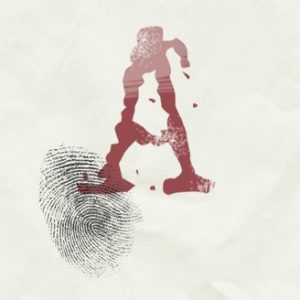 Cold cases are at the heart of the true crime podcasting genre. We love listening at home, feeling like we’re part of the investigation. Whether or not podcasts like Accused result in an arrest, they inspire fresh interest in long-forgotten cases. Often it’s how audiences—not investigators—treat this material that’s cause for concern.

Accused season one, from the Cincinnati Enquirer and Wondery, investigates the 1978 unsolved murder of Elizabeth Andes. Much of Accused is a stock-standard cold case podcast produced by a newspaper: journalist Amber Hunt and producers seek to find answers for Andes and her family and friends.

In the last episode of the first season (spoilers ahead!), the Accused team provide a live-recording update of where the case stands. During the Q&A, an audience member launches into a lengthy ‘question’ that serves as the very embodiment of mansplaining, the central premise: without closure isn’t this a waste of time. Hunt’s rebuke epitomizes why it’s integral for true crime to be handled with sensitivity, and how we as a listening community have to remember that while it’s entertainment to us, there’s no three-act structure when it comes to real life. “Because I’ve spoken with [Andes’] friends and family in tears because we cared, and I do care and I will continue to care,” Hunt explains. “And I won’t apologize for caring.” And neither should we.

Stephanie Van Schilt is a writer and host of Sisteria podcast, based in Melbourne, Australia. She’s former editor of The Lifted Brow and her writing has been published in ELLE.com, VICE, The Guardian, The Big Issue and The Saturday Paper. 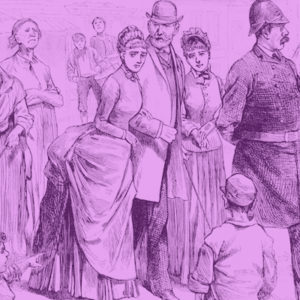 The following is an exclusive excerpt from Dominique Kalifa's new history of spectacle and the underworld, Vice, Crime,...
© LitHub
Back to top