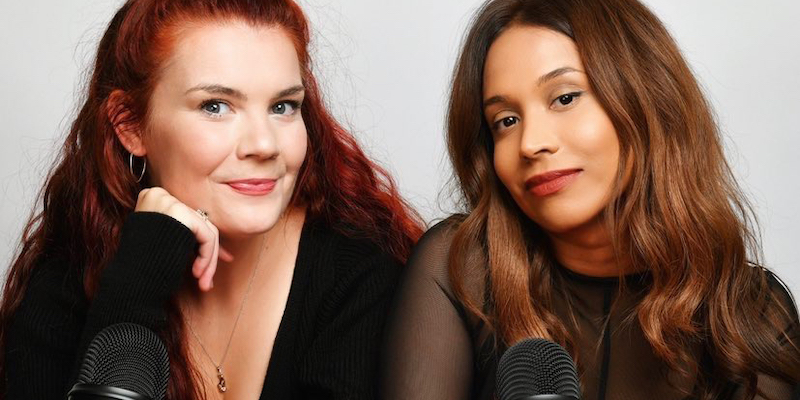 The hosts of the hit podcast RedHanded have a few answers.

The question we have been asked more than any other in our career as pro podders is ‘why are women so obsessed with true crime?’. And the numbers do stack up, we at RedHanded have been in the criminal fixation game for nearly five years, and we still boast an audience heavily swayed in the female direction. Eighty-two percent swayed, to be exact. So, the question is worth asking, but the truth is, true crime and the commercial consumption of it is nothing new.

As far back as 1888, Victorian media moguls cottoned on sharpish to how much faster they could sell their papers if they recounted the latest rippings of Britain’s most famous Jack. This business strategy is still in use these days. Gruesome and sensationalist news stories (dare we say true crimes) shift a lot more papers than happy stories about kittens and balls of string. So perhaps it is not true crime that is ‘just so hot and mainstream right now’—maybe it’s podcasts.

There is no denying that true crime podcasts have enjoyed a more stratospheric success than most other genres—especially genres primarily hosted by women. And in podcasting, like in most other fields, success is often defined by appealing to the lowest common denominator. More listens means more downloads, more downloads mean more money, and more money means freedom to do what you want. True Crime podcasts have done so well because they are free, and secondly, the demand for criminally good content was already there. Shows like RedHanded don’t lure people into the depths of human depravity like some sort of gateway drug; the intrigue, the urge to step into the darkness, is already inside a lot of us. If it weren’t, crime podcasts, TV shows, and books wouldn’t be so wildly popular. We at RedHanded Towers are just giving the people what they want.

So, if grim interests are so universal, why is it that women are so over-represented in current true-crime consumption? There are many potential answers to this; let’s start with the two things that make the world go round—money and sex. People use sex to make money; it’s the oldest trick in the book. We’ve all seen Mad Men, so we all know that generally speaking, advertising is a male space because traditionally, men controlled the money in the home—so that’s who Don Draper et al. were selling to. It’s no secret that ‘attractive women’ sell things. Want to sell a car? Stick some boobs on it. And of the same age-old logic, the femme fatale being murdered in a negligee in novels and film was born. In many crime stories, fictional or otherwise, women are central to the plot, which until relatively recently was a rare sighting. How many crime dramas can you name that would pass the Bechdel test?

The media zeitgeist of ‘helpless’ women being constantly at risk of abduction, rape, torture, and eventually murder is one thing. The constant real-world fear we instill in our female population is entirely another. If we women are attacked, the blame is squarely placed on us. We are constantly reminded that we should have known better. The tragic death of Sarah Everard is the most recent and stinging example. A young woman was snatched off the street and killed by a white male police officer, and the public conversation seemed only to revolve around “well, what was she doing walking home on her own at that time of night?”.

This finger-pointing narrative instills in women that the threat of violence against us from men is unsolvable. That being assaulted by men is just a part of life, and all we can do is avoid it by never coming out of the house alone, wearing floor-length bin bags, abstaining entirely from alcohol, and the all-time favorite—walking home with our keys in between our fingers because…

Because boys will be boys.

Could it be that this both factual and fictional attack on the female psyche fostered a perpetual state of terror in women? Stranger things have happened. Being constantly at the center of murderous fantasy plots and being blamed for the attacks we sustain in the real world is exhausting. We are only taught to avoid, not that there is even the possibility of an end to violence against women. Some have argued that women are drawn to salacious, terrifying crime stories because if we know as much as we can about murderous rapists and their tactics, we feel as though we are less likely to fall for their tricks. Arming ourselves with information makes us feel less anxious. Maybe it’s even cathartic incantation, a protection spell.

That is one school of thought, but it tends until recently to conjure an image of a quivering woman unable to turn a corner without reaching for smelling salts. Which, generally speaking, is not the vibe we’re going for these days. It’s more like that it is the fear itself that we are drawn to. Horror films gross so much at the box office because we humans love to be terrified. That hormone spike from an excellent jump scare is addictive and addictions are famously tough to shake. It makes send then that we love true crime because it scares us even more than clowns in drains or incestuous families in shacks. And that is a high we can chase all the way through the podcast charts and back catalogs. True Crime gives us a mainline to the worst things actual humans have ever done, we can explore our darkest curiosities safely, then close the book and walk away. When writing The Handmaid’s Tale, Margaret Atwood only included atrocities that have happened to women, so no one could accuse her of having a dark imagination. There is no story the human brain can imagine that is more terrible than what we do to each other.

So, we’ve made it to crunch time; welcome to the thunder dome. Why are women so desperately obsessed with true crime? There are many perfectly valid answers to this question, but here is mine. Women love true crime because a morbid fascination with death is the most human trait imaginable. Traditionally socially acceptable spaces for learning about death, torture, the worst things people have ever done, the study of touching the abyss are usually male-dominated spaces, where women’s voices are seldom heard let alone sought out. War being the most obvious instance, in the words of that Yorkie advert we all pretend never happened—it’s not for girls.

But true crime is, women, consume true crime content because we want to, and it is one of the few spaces where we can examine death, destruction, and debauchery without being told that we are doing it wrong. 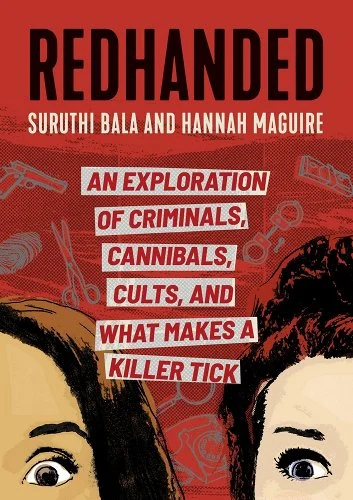 Hannah Maguire and Suruthi Bala are co-hosts of the smash hit true crime podcast RedHanded, which offers a weekly dose of murder, wit, and WTFs delivered with facts, anecdotal tangents, serious scrutiny, and real British flavor. RedHanded prides itself on looking past sensational headlines and getting to the truth of every murder, cult, and serial killer. 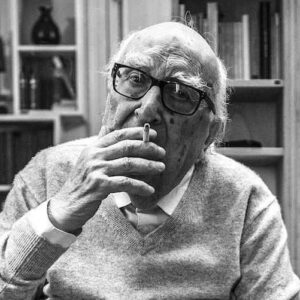 “Are you trying to bust my balls?” The speaker is Inspector Salvo Montalbano, head of the fictional municipality of Vigàta,...
© LitHub
Back to top