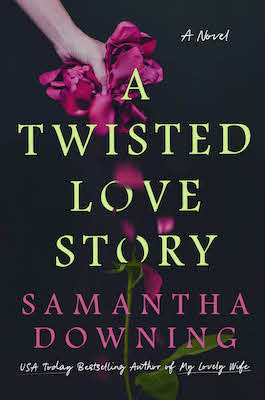 The following is an exclusive excerpt and cover reveal from A Twisted Love Story, by Samantha Downing, forthcoming in July 2023. From the author: " My next thriller, A Twisted Love Story, revolves around a relationship. Wes and Ivy have been involved for ten years, and it has been a tumultuous ride. I think of their relationship as a tornado. Wes and Ivy barrel through life, sucking in everything around them—including other people. Sometimes with deadly results. Ultimately, this thriller is about love in all its forms. Love can be the most powerful emotion, but it can also be the most destructive. We are taught to value it, cherish it, even chase it. But what does this all-consuming desire for love really do to people? And at what point does it go too far? These are the questions I wanted to answer. This excerpt is the first chapter of the book, where we meet Wes. A couple of chapters later, we meet Ivy. I can’t wait to hear what readers think of this couple!"

Wes can’t get the song out of his head. It plays on a loop, over and over, until he finds himself humming it out loud. So addictive, and he doesn’t have a clue who sings it.

The music doesn’t stop until an alert pops up on his phone. His famous quotes app sends daily words of wisdom.

Love is a serious mental disease.

Wes swipes it away. Love is the last thing on his mind, especially today. The only thing that matters is time.

His calendar is a wall of meetings, back to back to back without a single break. Wes has to leave the office by five-thirty, drive home, shower, shave, dress, and get back out of the house by six forty-five. Assuming he wants to be on time for his date, which he does.

They met at a bar called Liver. Her name is Annabeth and she had been very specific about that.

“Not Anna and not Beth,” she had said. “I don’t answer to either of those. It’s Annabeth.” He said “I got it” and she said “Are you sure? Because you wouldn’t believe how many people forget” and right then he almost blew it, because he wanted to say, “Jesus Christ, what kind of idiots do you date?” but he stopped himself. Wes told her “I promise. I got it.” Finally, they were able to move on.

The conversation improved after that. Her name had been the only problem, otherwise she was smart and interesting and fun to be with. Pretty, too. Not stunning, not the girl every guy wanted, and that was a good thing. Gorgeous girls are always, always high-maintenance and who the hell has that kind of time.

Annabeth is pretty in the wholesome way, the kind of girl who can dress up and be sexy if she wants but doesn’t do it all the time. Dark hair, big eyes, and real curves. Not the implanted or injected kind. Good voice, too. A little husky, not too nasal or annoying.

In other words, he doesn’t want to be late for Annabeth. And it has nothing to do with love.

But work has other ideas.

His three o’clock meeting runs over by fifteen minutes, making him late for the three-thirty call. That pushes back his four-thirty, which means he is screwed. Almost. An imaginary “call from a client” comes in handy, because no one gets mad when you have to leave a meeting to talk with someone who pays the bills.

On the way back to his office, Wes stops in the break room to get an energy bar from the vending machine and check the time. Twenty minutes to go, enough time to send a few emails and stay on schedule.

Bianca waves to him when he gets to his office. Wes holds up his phone and points at it, indicating he is busy. Still pretending to be on the line with his pretend client.

In truth, if he explained to her that he really wanted to be on time because he has a date, Bianca probably would have cleared his schedule for him. But it wouldn’t be professional to involve her in his life like that. She isn’t his personal assistant.

These days, not everyone has their own admin. The sales department has one who works for everybody, and that’s Bianca. She is ridiculously young, he can tell, though he has never asked her age. That would be inappropriate.

Once he is back in his office with the door shut, he sits down at his desk and puts down the phone. His fingers fly over the keyboard as he bangs out the last few emails of the day and, so far, so good. A few more minutes and he’ll be gone.

The knock on his door is unexpected.

Bianca. He waves her in. She keeps her head down, almost like she is embarrassed to interrupt him.

That gets his attention. She never calls him Mr. anything unless a client is around.

A woman steps into his office. Wes races through his mind, trying to figure out if she is someone he knows but can’t remember or someone he should know but hasn’t met yet.

“This is Detective Karen Colglazier. She’s been waiting to talk to you,” Bianca says. She leaves and closes the door behind her.

Detective. Wes has to repeat that in his head a few times. 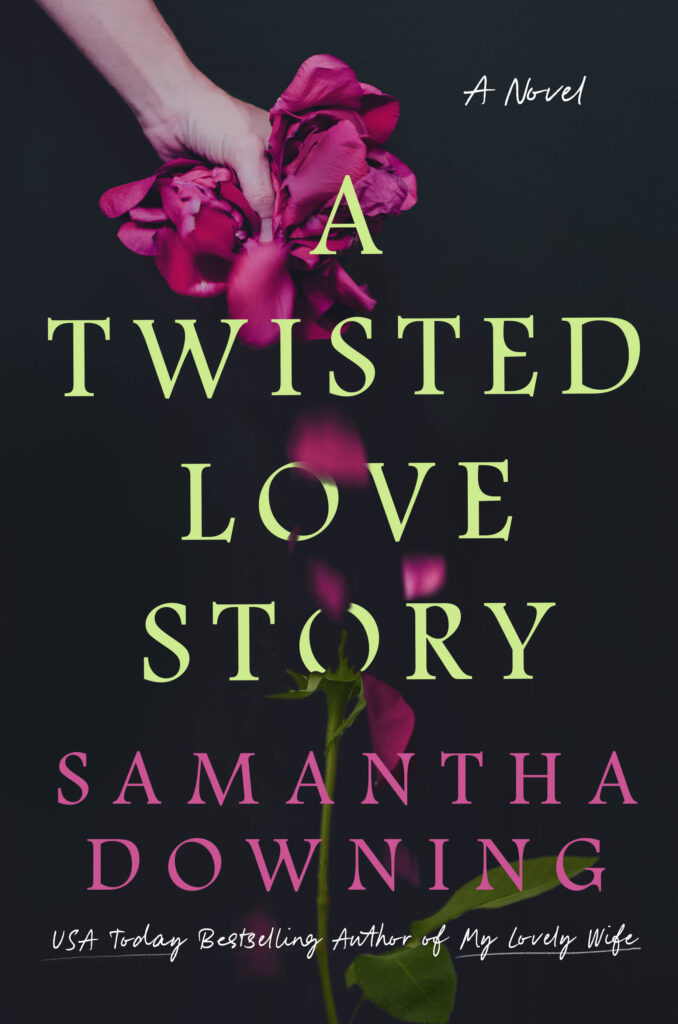 She is about forty-five years old, give or take, with olive skin and short, choppy hair. Dark eyes, sort of brown, sort of grey. He doesn’t like them. Those eyes are full of shadows. They move around the room, taking in everything at once, before landing on him.

He gestures to the chairs in front of his desk. It’s a test, he gives it to everyone to see which one they’ll pick. The one on the right is directly across from his own, anyone confident will choose it. The one on the left is off-center, seating his guest at an angle, forcing them to keep their head turned to maintain eye contact.

The detective picks the one on the right. She is quick to reassure him that nothing horrible has happened, no one has been in an accident or been shot.

Wes is left wondering why she is here. She is not as quick to reveal that.

“Thank you taking the time to talk to me,” she says.

“Of course. What can I help you with?”

“Well, this is more of a courtesy call, so to speak.”

Wes has no idea what that means. His brain is still scrambling, trying to figure out if this has something to do with work. It’s possible. Siphon, Inc. is a company that links investors with startups—in other words, they’re the middlemen. With access to a lot of money.

“May I ask what kind of detective you are?” Wes says.

“I’m with the Sex Crimes Unit.”

Something pings in the back of his mind. No, not a ping. An alarm. “I’m not sure I understand,” he says.

“Yesterday, a young woman came into the station looking for help because someone has been stalking her.”

“Horrible enough to make her terrified. And angry.”

She lets that description hang in the air. Wes isn’t about to grab it.

“What makes this situation particularly difficult is that her stalker technically hasn’t broken the law,” Karen says. “So there isn’t much the police can do.”

Wes feels his heart ramp up again, thumping so hard against his chest that it must be visible. “May I ask what this has to do with me?”

For him, a rhetorical question. He knows the answer. Maybe he knew it as soon as Karen walked into his office, but he had shoved it aside, thinking it can’t be true. Still, he manages to look surprised when she says it.

“The woman’s name is Ivy Banks.”

The Plato quote pops into his mind. An hour ago, it was irrelevant. Not now.

His plans for the night dissolve, vanishing like they never existed. It doesn’t matter when Wes leaves the office, whether it’s at five-thirty or ten o’clock at night. He will not be going out with Annabeth tonight.

Because Ivy is back.

From A TWISTED LOVE STORY by Samantha Downing, forthcoming from Berkley Books in July 2023. Copyright © 2023. Reprinted by permission of the publisher. All rights reserved.

Trouble Was His Business: 50 Years of Trouble Man

The Six Things I Learned from Doomsday Prepping 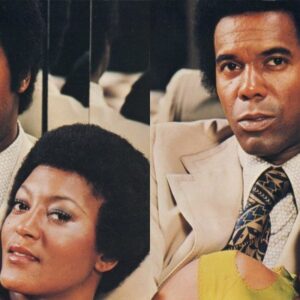 Trouble Was His Business: 50 Years of Trouble Man Although the word “Blaxploitation” has become an acceptable one to describe African-American films released from the early-to-late...
© LitHub
Back to top