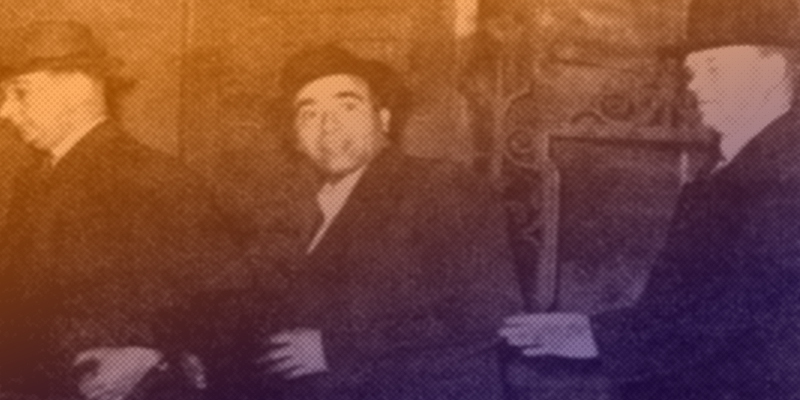 On April 13, 1919, troops from the British Indian Army, under the command of Rex Dyer and under the orders of Sir Michael O’Dwyer, surrounded a peaceful protest and festival celebration in Jallianwalah Bagh, an enclosed garden traditionally used as a gathering place in the Punjabi city of Amritsar, and began shooting. After exhausting their ammunition supplies and firing into a packed crowd with few points of egress from the walled garden, an estimated 1000 people were dead, and hundreds more were wounded. Despite British inquiries into the massacre, those responsible faced little consequence—at least, until an obscure assassin named Udham Singh shot Sir Michael O’Dwyer outside of Parliament 20 years later, then brought the Indian Nationalist cause to the world’s attention in his subsequent trial and hanging.

A new book by Anita Anand, titled The Patient Assassin: A True Tale of Massacre, Revenge, and India’s Quest for Independence, details the life and activism of Udham Singh, from his lowly origins as an abandoned orphan, to his revolutionary peregrinations, including a long sojourn in America, and finally, to his fateful attempt to extract revenge against the British Empire. Anita Anand was kind enough to answer a few questions via email about Udham Singh, his quest, and his context.

Molly Odintz: The subject of your new work is, as the title indicates, incredibly patient. What gave Udham Singh the willpower to wait for over 20 years to avenge the Jallianwalah Bagh Massacre?

Anita Anand: I don’t think it was a case of willpower really, Udham felt he had little choice—he simply had to be patient… had to wait until he transformed himself into a man capable of carrying out his vengeance. After Udham made his bloody vow in April 1919, swearing to punish the men responsible for the massacre with as little mercy as they had shown his countrymen, his life had purpose and meaning.

Up until that moment, Udham had been a nobody, a nothing—a man entirely without agency. Not only was he a poor, low caste and ill-educated orphan, he was also a “native” in a country where Indians had very little power and the lower castes had nothing at all. Invisible, dispensable and powerless all his young life, Udham’s promise of revenge turned him into a hero-in-waiting; in his own mind at least. The very thought was intoxicating. More than that, it became his obsession—one that consumed him for over two decades.

“Invisible, dispensable and powerless all his young life, Udham’s promise of revenge turned him into a hero-in-waiting; in his own mind at least. The very thought was intoxicating.”

The Patient Assassin is as much about war crimes as it is about an assassination. Can you tell us a bit about attempts to punish the perpetrators of the massacre, and what they say about the limits about the limits of the legal system to punish colonial atrocity?

You say it was about war crimes, but these were acts perpetrated against a civilian population during peacetime. Worse still, until months before, The Punjab, the region where these atrocities took place, had sent tens of thousands of men to fight for the British in the trenches of World War One.

After the massacre, superficially at least, the British political establishment appeared horrified. Men like Winston Churchill famously described the shootings at Jallianwala Bagh, where some 1650 bullets were fired at unarmed men, women and children, as ‘monstrous.’ Nevertheless, the ugly truth is that many approved of the shootings and nobody faced trial or went to jail either for the massacre or the systematic campaign of terror which book-ended it.

The days after the massacre were arguably as horrifying as the Jallianwala Bagh massacre. Indian civilians were bombed and strafed from the sky by warplanes. They were flogged and ritually humiliated by troops on the ground. Young children were dragged from classrooms and marched till they dropped, or else flogged in front of their peers not for any fault they may have committed but to serve as a warning to upcoming generations. The Raj was to be obeyed. Simple.

Though an official inquiry, The Hunter Commission, did eventually look at the massacre, it had no teeth, and Indians were a minority on the panel. Hunter merely censured the man in charge of the shooting party, and largely ignored the part played by Sir Michael O’Dwyer, the Lieutenant Governor of Punjab who created the febrile atmosphere leading up to the atrocity.

The man who gave the order to fire at Jallianwala Bagh, Brigadier General Dyer, received 26,000 pounds, an astronomical sum in the day, raised by a grateful British public. Sir Michael was credited with “saving the Empire…” By his own admission, he never lost a night’s sleep over any of it.

“The ugly truth is that many approved of the shootings and nobody faced trial or went to jail either for the massacre or the systematic campaign of terror which book-ended it.”

You describe Udham Singh as a “modern-day Tom Ripley”—can you tell us a bit about Singh’s various transformations, chameleon-like tendencies, and long cons?

When Udham vowed to punish Dyer and Sir Michael he immediately set about reinventing himself. There was much work to be done. As a raging teenager he was woefully ill-equipped to get close to men like Sir Michael O’Dwyer, let alone to kill them.

I liken him to Ripley, because like the fictional character Udham became a human magpie, taking all he could from the people he met, sometimes cruelly exploiting those who loved him, sucking up anything which might help with his assassin’s craft.

He used the early immigrant communities in America and Britain for subsistence, support and intelligence (convincing them they were the most important people in his life). Udham also sought teachers of greater standing, following the old adage “my enemy’s enemy is my friend”. He looked for any who hated the British Raj as much as he did.

Travelling to Africa, Udham met anti-colonialists while working on the British owned railways, or so-called ‘Lunatic Line.’ They taught him how to travel on forged papers and pass through international borders unseen. Next America taught him how to walk with a straight back, speak English with confidence, act like he belonged. He learned how to merge into the shadows, procure weapons and plug into reserves of ‘black money,’ largely thanks to his association with a clandestine network of ‘Ghadars’—violent Indian nationalists operating out of San Francisco.

In Russia and Eastern Europe Udham came into contact with Bolsheviks, hell bent on upending the old-world order. The Russians trained men like Udham happily, winding them up like a regiment of clockwork soldiers only to set them loose on the British Empire.

Ideology was no obstacle in his mission. Udham also travelled to Nazi Germany, where members of Hitler’s elite were battling the führer’s ideas of Aryan racial superiority so that they could work with, fund and support dissident Indians like Udham. He received all help with gratitude and added skills to his armory.

British Government services repeatedly fail to understand the threat posed by Udham Singh, in occasionally comical ways, yet he occasionally found himself the object of surveillance. How did Udham Singh successfully evade the British state’s notice for so long?

Udham Singh had been underestimated his whole life. Many times it was his charm that saved him, (even as his vanity often put him in harm’s way). Udham inspired great loyalty among his friends and was able to move unseen among a regiment of faceless Indian pedlars—some of the first immigrants to the UK—with ease, disappearing from the police radar when he had to. Even when detectives caught up with him, he dealt with them with a disarming directness which was both insolent and amusing… telling Special Branch detectives to go home to their wives because he would “be a good boy.” Udham had a gift of being able to hide in plain sight too.  He acted as an extra in films. He pretended to be an Indian prince, chiseling free drinks from Pubs in the capital. His conduct was unlike anything the protectors of the realm had seen before and they wrote Udham off as a Walter Mitty-type of character. They downgraded his threat level… much to their eventual cost.

Udham Singh, after his execution for shooting O’Dwyer, became a nationalist hero to many. Can you talk about the different representations of Singh, and what his legacy means today?

Udham’s body was thrown into an unmarked grave at the back of Pentonville Prison after this execution, but such was the clamour for his return, particularly in Punjab, that in 1974 the then Prime Minister, Indira Gandhi, somehow strong-armed the British government into exhuming his remains and sending them ‘home.’ Udham’s bones received a hero’s welcome and were forced to tour the north for weeks so that all who wished to pay homage could line the streets and throw petals at the funeral cortege. A future president of India kept the night long vigil at his funeral pyre and his ashes were divided among the Sikh, Hindu and Muslim people he had hoped to unite with his act.

“Today streets are named after Udham Singh in India, and statues of him dot the north…He is the somebody he always longed to be.”

Today streets are named after Udham Singh in India, and statues of him dot the north. His image has appeared on postage stamps, songs are composed about his life and Bollywood continues to tell his story in an epic, lionized, and not always accurate way. He is the somebody he always longed to be. Outside Jallianwala Bagh, the site of the massacre, a statue of Udham has been erected recently, showing him with his hand outstretched, heavy with blood-soaked earth presumably, making his vow of revenge.

Udham Singh, as you point out in the introduction, had numerous chances to jump ship from the nationalist cause and find some personal happiness, and yet continued to exploit and then cast aside close personal contacts in the name of the cause instead. Beyond his goals, did Udham Singh just not have the temperament to settle down into a life of obscurity?

Ambitious, tenacious and brave, Udham was also vain, careless and callous to those who loved him most. America offered him his best opportunity to be happy, to live a ‘normal’ and productive life. He had met and married a Mexican woman named Lupe and together they had brought two little boys into the world. He had a job, he had a roof over his head and money to spend on smart clothes and cars. Yet this was not enough for Udham, who aspired to be so much more. Born with so little, he aimed for so much. Nothing in between seemed to satisfy. Perhaps because he had experienced such a tragic start in life, losing every member of his family in quick succession, Udham never really understood love, or trusted that it would be anything other than a temporary and painful condition. Revenge/Justice (depending on your point of view) lasted well beyond a lifetime.

Fancy A Mystery-Inspired Board Game? 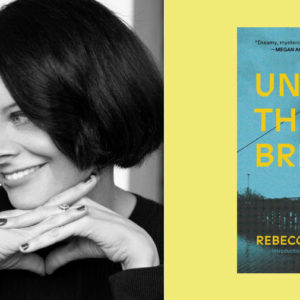 When Rebecca Godfrey’s Under the Bridge was first published, in 2005, the world wasn’t quite ready. A thoughtful and provocative...
© LitHub
Back to top