Under the Bright Cold Lights 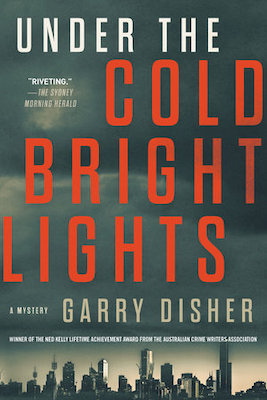 The following is an exclusive excerpt from Under the Cold Bright Lights, the latest standalone from Australia’s revered crime writer, Garry Disher. Alan Auhl is an aging cop past his prime, who has turned to cold cases after retiring from homicide. No matter what stands in his way, or how the job gets done, he’s committed to finding justice.

The first responders, a pair of uniformed constables, were still at the house. Lounging in the patrol car, looking bored. Our police force in action, scowled Auhl. Their senior officer hadn’t thought to follow up and they’d shown zero initiative, just stayed put.

So Auhl cleared it with a phone call to the local station and put them to work. One to drive Claire Pascal in the patrol car, the other to drive Auhl in the unmarked.

“That way we cover more ground,” he said. “If we’re lucky we might find someone with a long memory.”

“Just until we get a name,” Auhl said. “Or names. Going back ten or twelve years.”

“We could just check property records. There’s no hurry on this one.”

“I get that,” Auhl said tensely. “We can spend all of tomorrow looking at databases. But that won’t give us local intel. Maybe there was another house here once, and if so, what happened to it? Maybe someone lived here in a caravan. A shed. Maybe someone noticed people coming and going.”

He wasn’t. But he did have the authority of some experience.

“Let’s meet back here in an hour.”

His driver was named Leeton. Young, shy, round cheeked; mouth permanently ajar. It would take more time than Auhl had to put the kid at ease. They mostly did the house-to-house in silence.

A woman with a toddler on her hip answered the first knock. She lived in a kit home, faux gingerbread with a steeply pitched roof, plonked on a raw new lawn. Fruit tree saplings here and there. She remembered the Wrights’ house being built.

“What was there before it was built?”

“It was just open paddocks, I think.”

“Do you know who owned it?”

“Did you ever meet anyone coming or going when you first moved here? See any activity?”

A similar story at the next property, an old weatherboard farmhouse. After that a dusty converted Melbourne tram, nobody home, then a 1970s brick house where a teenage girl just home from school said, “Mum and Dad might know, but they don’t get back till late.”

“Maybe there was another house here once, and if so, what happened to it? Maybe someone lived here in a caravan. A shed. Maybe someone noticed people coming and going.”

Auhl left his number with her and returned to the car. Leeton started the engine, then sat, looking embarrassed.

“Sir, my shift ends in half an hour.”

Auhl checked the time: three-thirty. Half a kilometer ahead was a garden supply yard; it suggested the presence of a town and other small businesses beyond it. He pointed. “A quick word at the garden center, then back to your partner, okay?”

They turned in past heaps of firewood, gravel, mulch and soil. Sheds, a weighbridge, a small, high-sided truck. Leeton parked at a log cabin marked Office and Auhl got out.

Stooped, giving Auhl a view of a lumpy scalp under a thin scrape of greying hair. Watery eyes dismissed Leeton at the wheel of the car, focused on Auhl. “You here about the body under the slab?”

The man smiled. “How can I help you?”

“I’m interested in anything you can tell me about the property.

Who owned it. Did anyone ever live on it. Vehicles coming and going. Anything at all. Going back ten, fifteen years.”

The old man whistled. “That long? The rest is easy. Bernadette Sullivan owned the place for donkey’s years. Then some foreign agri-business bought it and built the house that’s on there now, then they had second thoughts and subdivided. That’s when Nathan and his missus bought it.” He paused, cocked his head. “You met her, the missus?”

Auhl smiled. “I did.” Then: “Tell me about Bernadette Sullivan.”

“Like I said, lived there for donkey’s years, her and her husband and daughter. Then the husband passed on and the daughter got married and for a while there, before she sold, Bernie went to live with her daughter and rented the old place out.”

Auhl was confused. “Rented the land for farming?”

“An earlier house? Before the present one?”

The old man shot him a look. “That’s what I’ve been saying. An old fibro place, there one day, gone the next.”

“Do you have an address for Mrs. Sullivan, by any chance?”

Auhl said patiently, “What about the daughter?”

“Come in the office.”

Warped floorboards, ancient calendars and, behind the main counter, a potbelly stove and a writing desk crammed with a laptop, a phone, a printer and a spill of invoices. A large cat was balanced on the thin upper rail of the fire screen. It blinked at Auhl.

“Here you go,” the old man said, checking a battered ledger, scribbling onto the back of a torn envelope.

“Do you remember any of the tenants?”

“Not really. I think the place was empty for a couple of years toward the end. Before that a couple lived there, but the bloke shot through on the woman, not that I blame him, she was ugly as a hatful of arseholes and nasty with it. Anyway, after a while she left too. And before that a family lived there. Freezing place in winter, I was always delivering wood.”

But Auhl was thinking of the man who’d shot through on his girlfriend. “What do you recall about the couple?”

“Names. Personalities. Incidents. Anything about them that bothered you.”

The old man shrugged. “They were all right. Argued a bit, apparently.”

That’s all Auhl was getting. “You say the house was empty for a time before it was pulled down. How many years before that did they live there?”

“You wouldn’t know where either of them lives now?”

“They were the last tenants?”

The old man looked exasperated. “They could have been, I wouldn’t know. All I know is, I didn’t deliver any more wood to the place after the woman left, okay?”

Mid-afternoon by the time Auhl and Pascal headed back to Melbourne, comparing notes. Claire driving; the outer freeways fast, becoming sluggish by the time they reached the inner city. She had few facts to add to Auhl’s, except a name for the woman supposedly left in the lurch by her boyfriend: Donna Crowther.

“She did babysitting around the district, house cleaning, gardening. The woman I spoke to got quite friendly with her.”

“Anything about the boyfriend?”

Claire’s eyes flicked to the rearview mirror, the wing mirrors. She changed lanes. A horn blasted. The car twitched. Her hands tightened on the wheel. “Sorry.”

A nervy driver, Auhl realized, riding the brakes, timid when a bit of push was needed. He rethought his earlier assumption that she avoided driving with a man in the passenger seat and decided she wasn’t worried about male criticism or wandering hands. She simply didn’t like driving.

“The boyfriend?” he prompted.

“His name was Sean, and apparently he and Donna were always fighting.”

“In which case there could be records,” Auhl said. “Police, ambulance . . . We need his surname.”

“You think it’s him under the slab?”

From UNDER THE COLD BRIGHT LIGHTS. Used with the permission of the publisher, Soho Press. Copyright © 2019 by Garry Disher.

The Best Book Covers of June

On 'The Girls' in the Title 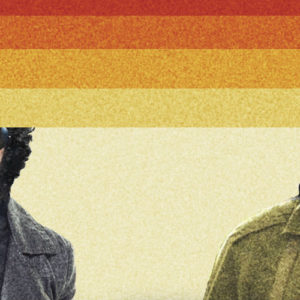 The Best Book Covers of June Cover art has always been an integral part of the crime fiction experience. No area of literature has dedicated more time...
© LitHub
Back to top