With a mystery that spans over two decades and crosses the Florida Strait, Uva de Aragón brings to life a fun, independent and food-loving female sleuth—María Duquesne. Twenty-three years after Hurricane Andrew, Duquesne is asked to reopen a cold case: that of a missing baby, who may or may have not died when the car her father was driving fell into a Miami canal. The baby’s mother has never given up and she is determined to find her daughter. Will Duquesne help her?

There is a lot more to say about De Aragón’s novel, but I’d let our fellow Cuban writer Leonardo Padura sum it up: “Readers of The Miracle of St. Lazarus: A Mystery Twenty Year in the Making will enter, by the hand of Cuban American writer Uva de Aragón, into a world of police and literary mysteries. The paths of her detective María Duquesne and my character Mario Conde will intersect in an amusing fictional game that builds one more bridge between two shores of Cuban culture.”

If you are familiar with Padura’s work, you will recognize a wink at his famed protagonist in the naming of De Aragon’s. It’s easier to get it in Spanish so I will clarify for my English-speaking readers: Conde means count (as in the nobility title). Duquesne comes from duque (duke, or in this case, duchess). And then we have Mario and María. Clever, que no?

De Aragón had already published over a dozen books, a theater play and numerous essays when she retired from Florida International University, where she was an administrator and a professor for 25 years. After spending several months leisurely reading mysteries by Roberto Ampuero, Manuel Vázquez Montalbán, Donna Leon, and Andrea Camilleri, she decided to write her own.

A regular viewer of TV and Netflix detective episodes, De Aragón admits that what attracts her to crime mysteries is “the subtle strings which bind a story together while dealing with many of society’s ills and the worst and best of mankind.”

“As a writer I believe these same elements are important: creating a microcosm where you have a place, usually a city, which is an important part of the equation; a story with a beginning, a climax and a surprising element, just as Poe´s recommended short stories should be; and a main character who is always clever than the criminal, which means that good is more powerful than evil. In a way, it is a formula, and yet, the key is making it seem totally fresh.”

When I interviewed De Aragón several months ago for a Cubaencuentro piece (found in Spanish here), we discussed the choices bilingual authors have. My first published book was A Girl like Che Guevara, written in English, a language I began to speak on a daily basis when I was thirty years old, though I had learned it in Cuba. My most recent books, both mysteries, Death Comes in through the Kitchen and Queen of Bones, are in English as well. English is for me a stepmother tongue—but a beloved stepmother.

Uva De Aragón came to the United States when she was a teenager and has lived here for six decades, yet she has chosen to write in Spanish. She also knew English, having studied in Havana at Ruston Academy, an American school. For us “English may have been foreign, but it wasn’t strange” as Gustavo Perez-Firmat, another Cuba-born bilingual writer puts it in his memoir Next Year in Cuba.

“At fifteen, I did not have the command of Spanish or English which a writer needs,” De Aragón said. “In those years, I mainly wrote for my own pleasure and would only share my poems, short stories and brief essays with some friends. When I was in my early twenties I came to the conclusion that, since I come from a family of Spanish and Cuban authors, I could not disassociate myself from my heritage and culture.”

(Her grandfather was Alfonso Hernández-Catá, a well-known Cuban writer—his short stories are included in most literature courses in the island—and her great-grandfather was the founder and director of El Eco de Galicia, one of the earliest Cuban newspapers.)

“I wanted to be part of Cuban literature, so, from then on, I read and wrote mainly in Spanish and studied my Ph.D. in Spanish and American Literature,” she added. “I have written occasionally some academic papers and newspaper articles in English, but I consider Spanish my mother tongue.”

That’s the reason why her novel was translated into English by Kathleen Bulger-Barnett and Jeffrey C. Barnett, who did a superb job. When reading the book—in Spanish—I was pleasantly surprised to find an assortment of funny, old-fashioned Cuban expressions like en el tíbiri tábara (translated as “playing on the seesaw”) sprinkled throughout the text. They would keep ringing in my head like a childhood tune. The English version was fortunately faithful to the innate Cubaness, and Miaminess, of the original. De Aragón said that the translators consulted her several times, and she read, made a few changes and approved the last draft. The Cuban flavor wasn’t lost in translation!

Speaking of flavors, there are many mentions of food in The Miracle of St. Lazarus, like an authentic recipe for picadillo (ground beef, Cuban-style) and arroz con pollo, rice with chicken. Though she wouldn’t call it a “culinary mystery,” the references pepper the novel like a good seasoning that doesn’t become overpowering.

“I noticed that food references are included in most current detective novels by Spanish, Italian and Chilean authors, including Leonardo Padura in Havana, where food is not too abundant or sophisticated,” she said.

De Aragón is currently working on a second mystery, The Murder at Biltmore Way, also staring Maria Duquesne, and has occasionally gone back to The Miracle of St. Lazarus.

“Then I saw a lot of things in the novel I was not conscious were there, such as how almost all the characters are people displaced from other countries,” she said. “I also think I use more humor than in my previous work. I guess I am loosening up with age!”

Of rules and quirks

I was recently in Bouchercon, a big mystery writers conference. One of my favorite panels was “I Won’t Write That,” about what not to write about—the unspoken rules one is supposed to follow in crime fiction. (Hint: never kill the cat!) The panelists mentioned several “rules,” then proceeded to explain how and why they had broken them. De Aragón says that the only rule she follows is that fiction has to be “plausible, possible, credible.”

“Of course, that is not the case with science fiction, which is a genre that has never interested me,” she said. “Sometimes when something is surprising in life, people say it seems like a novel, but it should be the other way around. A novel should be like life.”

“When I am writing a novel, I don’t like to read other novels,” she said. “Actually, I don’t even like to go out a lot. A novel is a closed world. And if you want to trap the reader inside it, you have to live with your characters in the world that you are crafting. That’s where creativity blossoms.” 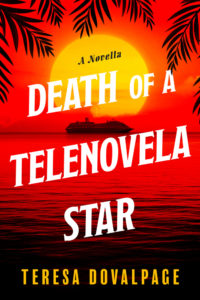 When Home is The Most Dangerous Place of All 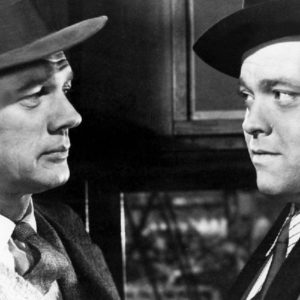