Why it's time to do away with literary taboos and confront violence against animals.

Non-human animals are among the most vulnerable members of society. Even their inclusion in this term – ‘society’ – is not without controversy, and perhaps unsurprisingly so. We slaughter thousands of them every day to provide food and other products, routinely ignoring the often barbaric conditions they are kept in prior to their deaths. Arbitrary divisions are made between the behaviour of animals deemed consumable or those placed in the category of ‘pet’, while pets themselves – whether beloved or mistreated – are considered mere legal property. Some of the most popular breeds on the planet are created in such a way that limits their ability to breathe.

It is interesting, therefore, that when it comes to the fictional depiction of crimes involving animals, we most often find them to be villains. Unreasoning, unable to explain their actions, forces of nature acting on instinct rather than ‘guilt’ or ‘innocence’ – figures such as Cujo and the shark from Jaws subvert a genre that revolves around those precise elements. In works such as Moby Dick, we see a classic story of obsession and planned vengeance against a killer shown to be futile in the face of the non-human.

The ‘unknowability’ of animals-as-villains has an almost supernatural aspect in some of these stories. If we go back to myths and legends from the last few millennia – the Minotaur of Greek myth, Beowulf’s monster Grendel, and countless others – they are in some ways proto-crime stories. A stranger arrives in town to overcome the superstitious despair of locals, find the perpetrator of a number of deaths, and end their threat to the community. This feeds through to twentieth and twenty-first century fiction. In Arthur Conan Doyle’s The Hound of the Baskervilles, an animal of supernatural proportions is considered to be potentially responsible for murder, only for Sherlock Holmes to prove this to be a deception; in contemporary works such as The Only Good Indians and The Nesting, half-bestial hybrids represent curses looming over various killings.

Historically animals have been victims of various justice systems where they have been charged with human crimes and where human motivations for such crimes have been attributed to animals. Infamously, Thomas Edison publicly tested electrocution as a method of execution in the case of an elephant that had killed her trainer. In addition, cases of pigs being hanged for murder when they have consumed unsuspecting humans who have strayed into their territory, have been recorded throughout history in various ecclesiastical trials. Lawyers defending these cases have often done so with a firm tongue in cheek approach, where it appears both judge and lawyers appreciate the ridiculous nature of applying the human legal system to an animal that is incapable of understanding both the egregious nature of their purported crime but also the consequences. Moreover, to a modern eye, the punishment in these cases feels like a further moral transgression as a result.

While humanity has rarely been slow to punish animals, it has moved at a snail’s pace when it comes to protecting their rights as victims. Indeed, it is only relatively recently that we have recognised their sentience. Jeremy Bentham, the father of Utilitarianist ethics, was the first to propose that animals are capable of feeling fear and pain, a radical idea that ushered in the stunned slaughter movement which to the average modern reader feels so normal to us now.

This same inequality – being quick to attack non-human animals as threats, but being quite slow to protect their status as victims – is echoed in fiction and common reader responses in a fairly bizarre manner. We often see the death or harm of an animal in a story as one of the more shocking things an author can write about, even outranking human death – to the point where most stories avoid mentioning it. Trigger warning signs such as ‘does the dog die’ focus on animals as their prime example, while films such as John Wick are the exceptions that prove the rule, showing how a single act of cruelty against a puppy will motivate viewers to accept mass human slaughter in response.

To me, though, this taboo says a lot about the type of animal viewed as worthy of an emotional response, and with it, casts light upon both the genre of crime fiction and the treatment of different creatures in modern society.

My debut novel Sixteen Horses begins with the discovery of horse heads on a farm near the sea. This crime is examined with similar machinery to a human case, including specialist forensics work, post-mortems, and follow-up interviews. Some initial responses have found this shocking, graphic, and gorey, despite none of these animals being directly harmed on the actual page. We only see the aftermath of the cruel event – but even here, even when it’s mostly just medical examination, the taboo survives.

In the novel itself, the forensic veterinarian Cooper Allen remarks that there is ‘something about horses’ that makes us treat them differently. If sixteen cattle had been found, it would not have caused anywhere near the same response whether in my fictional world or in the novel’s real-world readership, at least in certain countries. But why? The animals are broadly similar in their shape. They all feel emotion and care for their young; cows are even known to have best friends among their herds. Yet when something is food, when it’s not a pet, when it’s not seen as being ‘cute’, when an arbitrary socio-economic division is made, the taboo over featuring their death vanishes for many. It’s not the death of the animal itself that offends, but our existing social hierarchy and divisions coming into play.

Taboos frequently exist because to think about them – to engage with their underlying logic – is somehow felt to be harmful to a society, pointing at some paradox or inherent schism that must remain unspeakable. In my opinion, the rejection of animals from much crime fiction speaks to this very same underlying force. In fiction we are revolted when animals are the victims of gruesome crimes but turn a blind eye to the daily occurrence of animal suffering that just comes with modern life, especially for individuals who consume meat.

I would stress that it is not my intention to guilt people that eat meat. I am a meat eater. I am conflicted over this – much of this conflict expresses itself in my work and the topics I choose to write about and explore, and I do not – at least currently – believe there needs to be an either/or solution to the situation, but that our society has a bare-minimum obligation to radically improve the conditions animals are kept in.

But one thing I am not conflicted about is the need to actually interrogate and face up to our choices in everyday life, to take responsibility for them with full awareness rather than trying to hide away. We turn a blind eye to the breeding and purchase of animals who can’t even breathe in the case of brachycephalic dogs such as pugs, but we will get incredibly upset at a make-believe dog being threatened with suffering? This kind of faux-sentimentality serves to defend a world where this status quo is maintained. Where it’s OK to read about an animal-as-threat – where an animal is killed because they’ve ‘done something wrong’ – because this doesn’t upset or complicate our views about everyday life. Where to read about animals-as-victims is to be overwhelming, regardless of personal and social complicity in actual real-world suffering. Crime fiction – as with all fiction – can hold a mirror up to these strange, complex, thorny problems we face in life. To ‘make aware’, even in a Brechtian sense, of what we take for granted in law and in social interaction.

To write about the harming and death of animals is often viewed as one of the few things you ‘don’t do’ in commercial fiction. I did it. I have worked on farms; looked after rescue animals; kept cats at home; and am engaged to marry a veterinary surgeon – I know about this world, and I write about it because for all my analysis here, I too feel deeply emotionally affected by the depiction of such suffering. But I view it as the responsibility of a writer to face up to what they can see and feel, rather than to shy away to avoid offending sensibility. It shouldn’t be radical to write about something that happens commonly enough to feature routinely in the news, with multiple horse murders in France in the last year alone; hundreds in America throughout several decades; the Croydon cat killer sprees in the UK, to name a few. Readers of Sixteen Horses may think such references are fictional, but the reality is that crimes against animals are unfortunately far more common than we realise.

Greg Buchanan was born in 1989 and lives in the Scottish Borders. He studied English at the University of Cambridge and completed a PhD at King's College London in identification and ethics. He is a graduate of UEA's Creative Writing MA and in 2019 he was named on Forbes 30 Under 30 list. Sixteen Horses is his first novel. 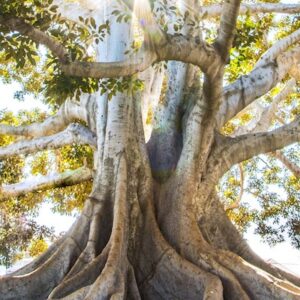 When crime fiction features multiple members of a family, the protagonist soon learns that to mess with one of them is to mess...
© LitHub
Back to top