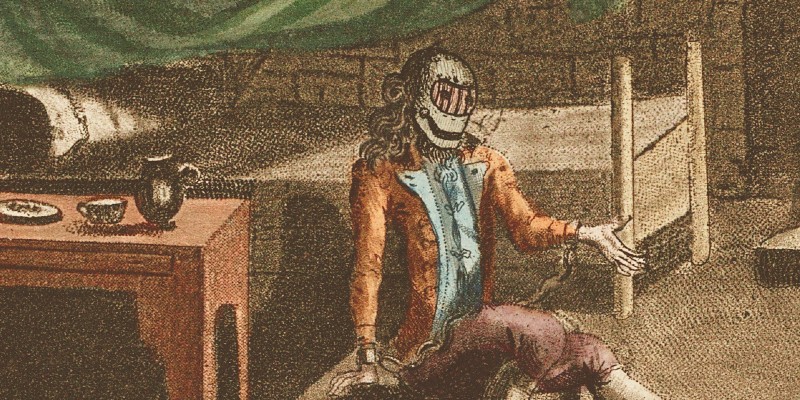 In 18th century Europe, there was no greater conspiracy theory than the one surrounding "L'homme au masque de fer"

It has been suggested that Voltaire’s interest in the legend of the Man in the Iron Mask had been stimulated as early as 1714, when he began attending the salon of Louis-Urbain Lefebvre de Caumartin. He first conceived the idea of writing a history of the age of Louis XIV in 1732, although he anticipated that the work would take a long time to accomplish. 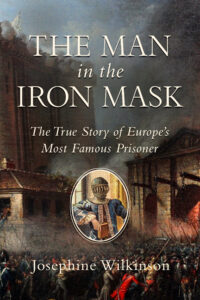 Six years later, in October 1738, Voltaire wrote to a friend, the abbé Jean-Baptiste Du Bos, noting that he had been well informed about the prisoner he called l’homme au masque de fer, who had died at the Bastille, claiming that he had spoken to men who had served this person. In fact, Voltaire had himself been imprisoned at the Bastille: in May 1717, April 1718, and again at some point in 1726. It was during these stays that he presumably gathered his information; however, his claim to be privy to firsthand testimony is doubtful at best. As has been seen, every person who had been in personal contact with the ancien prisonnier was dead by the time of Voltaire’s first imprisonment. One possible exception was the abbé Giraut, but he had left his post by that time.

Voltaire was correct to believe that his work would take a long time, but he was undaunted by the task and continued his research. By 1751, he was in a position to publish Le Siècle de Louis XIV. He dedicated part of one chapter to the prisoner, timing his captivity to the period just after the death of Mazarin and prior to the arrest of Foucquet—that is, the summer of 1661.

It was during this time, Voltaire told his readers, that an event occurred that is “without parallel” and “what is stranger, all historians omit to mention it.” He then describes an “unknown prisoner, of height above the ordinary, young, and of extremely handsome and noble figure,” who was taken “under great secrecy to the castle on the Island of Sainte-Marguerite, lying in the Mediterranean off Provence.” During the journey, the prisoner wore a “mask, the chin-piece of which had steel springs to enable him to eat while still wearing it, and his guards had orders to kill him if he uncovered his face.”

The prisoner remained on Sainte-Marguerite until “an officer of the secret service by name Saint-Mars, governor of Pignerol, who was made governor of the Bastille in 1690, went in that year to Sainte-Marguerite, and brought him to the Bastille still wearing his mask.” While he was still on the island, the prisoner was visited by the marquis de Louvois, who “remained standing while speaking to him, evidently regarding him with respect.”

Upon being taken to the Bastille, the prisoner was “accommodated as well as was possible in that citadel,” and nothing he asked for was refused. He had a fondness for fine linen and lace, and was served delicacies by the governor, who rarely sat in his presence. Voltaire notes that an old physician attached to the Bastille would attend the prisoner. The physician declared that he never saw the man’s face, “although he had often examined his tongue and the rest of his body.” From what he saw of him, the physician, whom Voltaire does not name, was able to see that his patient was “a wonderfully well-made man . . . his skin was rather dark; he charmed by the mere tone of his voice, never complaining about his lot nor giving a hint at his identity.” According to Voltaire, the mysterious prisoner died in 1704 and was buried at night in the parish church of Saint-Paul.

“What is doubly astonishing,” Voltaire added, “is that when he was sent to the Island of Sainte-Marguerite no man of any consequence in Europe disappeared. Yet, such the prisoner was without a doubt, for during the first few days that he was on the island, the governor himself put the dishes on the table and then withdrew, locking the door after him.”

There are several items of interest regarding Voltaire’s account. The first thing to note is that he makes several mistakes, namely, his assertion that Saint-Mars had threatened to kill the prisoner if he spoke his name when, in fact, the original order as given to Saint-Mars was that he would be killed if he spoke of anything other than his basic needs. The threat to kill the prisoner if he spoke his name appears in the article attributed to Louis Foucquet and became part of the later legend. Saint-Mars was made governor of the Bastille in 1698, not, in 1690. Moreover, Voltaire is unaware that the prisoner had been in Saint-Mars’s charge throughout his prison life, which had begun in 1669. The two men went from Pignerol to Exilles, on to Sainte-Marguerite, and lastly to the Bastille. Louvois did not go to Sainte-Marguerite but to Pignerol, where he inspected the new security arrangements following the failed attempt to rescue Foucquet. The prisoner had died in 1703, not 1704 as asserted by Voltaire, and he was buried at four in the afternoon in November, so the funeral did not take place at night but under the natural darkness of a late autumn afternoon.

On the other hand, Voltaire accurately describes the procedure applied by Saint-Mars as he served the prisoner his meals. He is also correct to say that the prisoner never complained about his lot, an observation that agrees with Saint-Mars’s reports that Eustache was at peace with God and the king. Voltaire’s description of the mask is elaborate but reminiscent of the steel mask mentioned in the article, attributed to Louis Foucquet, that was passed among the Jansenist priests. He is correct to say that Saint-Mars personally attended his prisoner, although in the Bastille, the work of serving him was largely left to others, particularly Rosarges.

Voltaire’s work was revised the following year, with the new edition correcting some of the errors that had appeared in the first, and adding some extra material. Into this new version, Voltaire inserted information about the prisoner playing the guitar and he corrected the date of his death to 1703. He also added this intriguing anecdote:

One day the prisoner wrote something with his knife on a silver plate and threw it out of the window in the direction of a boat lying by the bank almost at the foot of the tower. A fisherman, to whom the boat belonged, picked up the plate and carried it to the governor. In amazement the latter asked him, “Have you read what is written on this plate, and has anyone seen it in your hands?” “I cannot read,” replied the fisherman, “I have just found it, and no one else has seen it.” The peasant was detained until the governor was convinced that he had not read it and that the plate had not been seen. “Go now,” he [SaintMars] said to him; “you are a very lucky man not to be able to read.”

There is a little inconsistency in this narrative: Voltaire is uncertain as to the identity of the man who discovered the silver plate. Is he a fisherman or a peasant? Undeterred, Voltaire assures his readers that, among those who had firsthand knowledge of this affair, “a very trustworthy one is still alive.” He, therefore, attributes this new information to an unnamed, though reliable source.

In the revised edition, Voltaire also adds information involving Michel de Chamillart. As the last secretary of the ministry of war to have jurisdiction over Eustache’s imprisonment, Chamillart was the last official “to be acquainted with the strange secret.” Chamillart’s son-in-law, the second maréchal de la Feuillade, told Voltaire that as his father-in-law lay dying, he “implored him on his knees to tell him the name of this man who had been known simply as the man in the iron mask. Chamillart replied that it was a state secret and that he had sworn never to reveal it.” As he brings his account to an end, Voltaire notes that there were still many of his contemporaries who could confirm the truth as he had written it; indeed, he knew of no affair “more extraordinary, and at the same time better authenticated.”

In fact, Voltaire had constructed his story from several sources. The first of these was Jean Marsolan, surgeon to the duc de Richelieu and the Regent. Marsolan was the son-in-law of Fresquière, a physician who had attended the prisoner in the Bastille. Fresquière had described the prisoner’s face to Marsolan, who in turn passed the information on to Voltaire. Despite this connection, however, Voltaire failed to name Fresquière. The second source was Charles de Fournier de Bernaville, who had become governor of the Bastille in 1708 upon the death of Saint-Mars and held the post until 1718. Voltaire was imprisoned at the Bastille was toward the end of Bernaville’s tenure, providing him with the opportunity to gain some insight into the story of the masked prisoner. Voltaire’s third source was Louis d’Aubuisson, duc de la Feuillard. The duke was married to Marie-Thérèse Chamillart, daughter of the former secretary of state for war. A hierarchy of sorts can, therefore, be traced in three of Voltaire’s sources: Chamillart, Marsolan, and la Feuillade.

In his Siècle de Louis XIV, Voltaire had hinted that the Man in the Iron Mask was a man of great importance and described him as tall, young, extremely handsome, and of a noble bearing. In the second edition, he noted that the prisoner had a liking for fine linens and lace and that he played the guitar. Saint-Mars treated him with great respect, Voltaire asserted, and Louvois, a great minister of state, treated the prisoner with deference, even standing in his presence. Although Voltaire made no direct assertions at this point as to the identity of the prisoner, it is clear that he was guiding his readers toward the possibility that this man was very important indeed.

Voltaire’s Siècle de Louis XIV was criticized by La Beaumelle, who accused the famous writer and philosopher of plagiarizing Mémoires secrets pour servir à l’histoire de Perse, in particular, the story of the silver dish and the fisherman. Voltaire replied with the Supplement to the Siècle de Louis XIV, published in 1753. In it, he defended himself against the accusation by declaring his surprise that he had found this story in L’Histoire de Perse because he had heard it from the marquis d’Argens, with whom he spent some time in Berlin the previous winter. D’Argens’s source was one Jean de Riouffe, a former commissioner for war in Cannes. Riouffe claimed that, in his youth, he had seen the prisoner as he was being transferred from the Île Sainte-Marguerite to Paris.

In the Supplement, Voltaire also offered more information about Michel Chamillart. He wrote that the secretary for war had become tired of being questioned by la Feuillade and Caumartin about the identity of the mysterious prisoner. In an attempt to satisfy their curiosity, he had revealed that the prisoner was someone “who possessed all the secrets of Monsieur Foucquet.”

Excerpted from The Man in the Iron Mask: The True Story of Europe’s Most Famous Prisoner. Published by Pegasus Books. Reprinted with permission. Copyright 2021, Josephine Wilkinson. All rights reserved.

Josephine Wilkinson is the accomplished author of numerous biographies published in Great Britain: Anne Boleyn, The Princes in the Tower, Katherine Howard, and Richard III. She received her PhD from the University of Newcastle. She has been scholar-in-residence at St Denial’s Library. She now lives in York, Richard III’s favorite city. 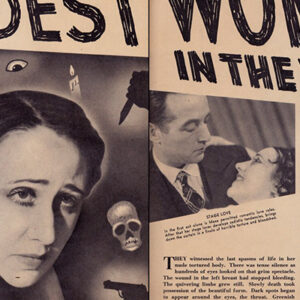 When it comes to pinning down the first scream queen, most genre fans can easily find their way to Fay Wray, whose shriek...
© LitHub
Back to top