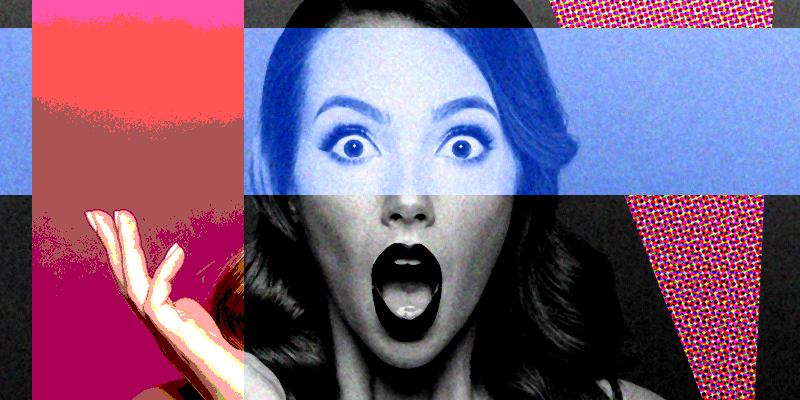 Wait, What? A List of Psychological Thrillers with Gobsmacking Twists

These thrillers will leave you reeling and ready for more...

The twist has become the cornerstone of the psychological thriller, aiming to keep readers on the edge of their seats, turning the pages furiously as the story turns and writhes, and reveals come thick and fast.

My debut novel, HER PERFECT TWIN, is—perhaps unsurprisingly —about identical twins; a trope that has been used extensively in thrillers. So, I knew I needed to break the mold and deliver a series of twists that would take the reader on a deliciously dark journey they weren’t initially expecting. To achieve this, I utilized an arsenal of tools (including a trusty whiteboard and stack of post-it notes) to assist in the meticulous plotting required. But I also took advantage of the greatest resource for writers: other authors’ novels. I love to devour thrillers: keeping one eye on the story and the other desperately trying to figure everything out (and how the writer achieves such alchemy). But, despite my best efforts, there are some incredible novels I couldn’t guess; a testament to just how talented their writers are.

Personally, there are two main types of twists that will leave me reeling (in a good way, obviously): those that spin the story off in a way I did not expect, and those that reveal a vital clue which turns everything I thought I knew on its head. I’ve used both in HER PERFECT TWIN to tell the story of Megan who kills her identical twin and then tries to cover it up by living both their lives. Think I’ve just given away one of those twists? Not at all, that only takes us to chapter two! The real fun comes as she tries to get away with it. But what if we throw lock-down and a narcissistic husband into the mix? You’ll just have to read it to find out.

Below you’ll find my own favorite psychological thrillers. Those novels I read in a day because I couldn’t bear to put them down, and that I want to read over and over again because they demonstrate the absolute best this genre has to offer. 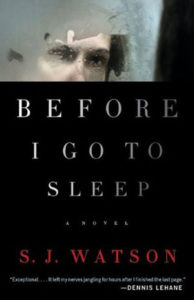 Before I Go To Sleep by SJ Watson

Every morning Christine wakes up in a life she doesn’t remember and her husband, Ben, must fill in the gaps since her accident two decades ago. But Christine has been keeping a journal and she’s starting to ask questions.

SJ Watson’s debut took the literary world by storm when it was released in 2011 and with very good reason. The prose is delicious, the pacing perfect, and the twist is masterfully delivered. This is an absolute must-read for all fans of the genre.

Nick Dunne’s wife disappears on the morning of their fifth wedding anniversary; physical evidence and the testimony of friends implicates him. But he claims he’s innocent. So, what really happened to Amy?

Most psychological thriller fans will have read Gone Girl (it’s now sold over 20 million copies worldwide) and with good reason. Often cited as the book that defined the genre; Gone Girl is both twisty and twisted, superbly plotted, and peppered with gloriously sharp-witted observations of modern relationships.

The protagonist and his titular “Lovely Wife,” Millicent, find themselves stuck in a rut after fifteen years of marriage. They choose a rather unconventional method of spicing things up: getting away with murder. But not everything is quite as simple as it seems…

I adored Samantha Downing’s debut novel: it’s dark and wicked and extremely fun! I thought I knew what I was letting myself in for when I first picked this up, but it twisted and turned in ways I never expected. I also credit this novel with proving to me that you can write a story where you root for a murderer, thus giving me the confidence to write Her Perfect Twin!

Korede will do anything for her little sister; including getting rid of a body and scrubbing down a murder scene, especially as Ayoola claims she was acting in self-defense. But this wasn’t the first time; it was the third and Korede worries it’s becoming a habit. When Ayoola starts dating Korede’s secret crush, she must decide if she should sacrifice her sister for the man she loves, or risk him ending up with a knife in his back.

Oyinkan Braithwaite’s darkly satirical debut thriller blends a heady mix of clever plot twists with one of my favorite protagonists of all time. Korede’s voice is completely unique and her predicament oddly relatable. My Sister, the Serial Killer is an absolute must-read for all thriller fans. 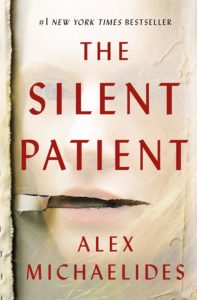 Criminal psychotherapist, Theo, has waited years to work with the so-called “Silent Patient,” Alicia. She hasn’t spoken a word since she shot her husband in the face in an entirely unexplained attack. But Theo’s attempts to get her to talk begin to turn into an obsession that threatens to consume him.

The Silent Patient is an entirely rewarding reading experience even without the twist; the prose is gorgeous, the characters fully realized and highly fascinating, the plot pacy and entertaining. But—for me at least—it is the execution of the twist that elevates this to sit on my list of all-time favorite novels. As soon as I finished my first read of the book, I was compelled to start again from the beginning to figure out exactly how Alex Michaelides had pulled it off! 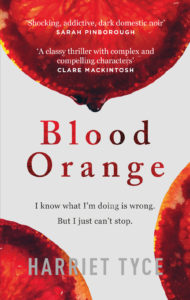 Alison’s life is seemingly on track: she has a loving husband, a young daughter, and she’s just been given her first murder to defend. But beneath the surface things are far from perfect: Alison drinks too much, she’s having an affair, and her new client wants to plead guilty for a murder Alison doesn’t think she committed.

Harriet Tyce spins a tale of deceit and deception in this dark thriller that fuses the legal with the psychological. The twists are perfectly executed within the fast-paced plot, and Alison is a brilliant example of the ‘unlikeable narrator’ who you will both hate and root for in equal measure. 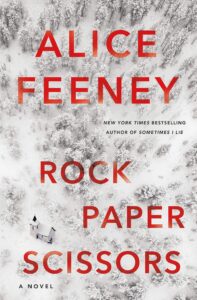 Adam and Amelia head to a remote location in the Scottish Highlands to celebrate their anniversary. But it soon becomes clear that one of them is lying and things take a dark turn.

It’s extremely difficult to talk about Rock Paper Scissors without giving away spoilers, but I will say the twist knocked me sideways in its skillful execution and marks Alice Feeney out as one of the best writers in this genre.

On a remote island off the Irish coast, guests of Jules and Will’s wedding gather for what they think will be the celebration of the year. But a storm traps them all on the island. And one of them won’t be leaving alive.

Lucy Foley blends the contemporary thriller with the classic whodunnit in this phenomenally clever novel. Everyone has secrets, everyone has a motive, and nothing is quite what it seems. The characters and plot are engrossing, and the setting is wondrously atmospheric. This is one of those read-in-one-sitting books. 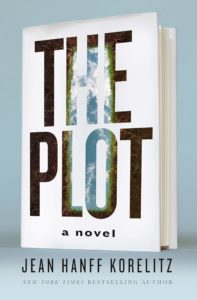 Failed novelist turned creative writing teacher, Jake, helps himself to the plot of one of his students after their death. The book is a phenomenal success, catapulting Jake’s career into the stratosphere. But what if someone knows he’s a thief?

The Plot contains a ‘book within a book’ device that adds a layer of further intrigue and Jean Hanff Korelitz’s writing is impeccable, full of wry observations of the publishing world and the writer’s psyche. The twists are surprising and wholly satisfying as the truths are revealed. 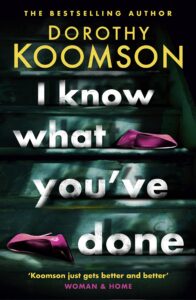 I Know What You’ve Done by Dorothy Koomson

Just before Priscilla collapses on neighbor Rae’s doorstep, she thrusts a book into her hands. Inside are the secrets of every resident of their seemingly innocuous suburban street in a well-to-do part of the UK city of Brighton. Rae knows she should give the book to the police, but then she spots her husband’s name written inside and she cannot help herself from reading further.

I Know What You’ve Done is an absolute page-turner of a thriller as the lives of the Acacia Avenue residents are peeled back layer by layer. Dorothy Koomson pulls the reader into the narrative, using a clever blend of flashback, diary entries and present-day action to spin this twisted tale of deceit. 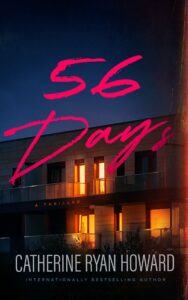 56 days ago, Oliver and Ciara met, and they started dating. 35 days ago, they moved in together, planning to ride out the impending COVID lockdown. Today, detectives arrive at Oliver’s appointment to find a decomposing body.

Catherine Ryan Howard used lockdown to wonderful effect in 56 Days, eliciting the sense of uncertainty and claustrophobia from early 2020 while weaving a wickedly brilliant plot. The twists and turns come rapidly as the story unfolds, and I was kept guessing right to the end. 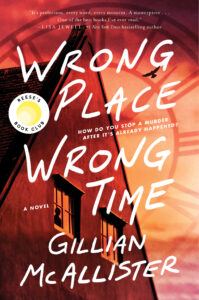 Jen watches in horror as her teenage son kills a stranger in the street outside the family home. But the next morning, Jen wakes to find Todd is asleep in his room; the murder hasn’t yet happened. Every day she discovers she has jumped backwards again as she searches the past for the reason why her son committed such an act. Can she find the truth? And can she prevent the murder from ever happening?

Gillian McAllister’s newest novel is an absolute triumph. Not only does the author deploy her trademark twist after twist in a story full of compelling characters, but she also plays around with the narrative form and the very structure of time itself. I read this as I recovered from COVID, wondering if its brilliance was part of an elaborate fever dream. On a second (and more lucid!) reading, I can confirm that it is both ambitiously genius and a simply great story. 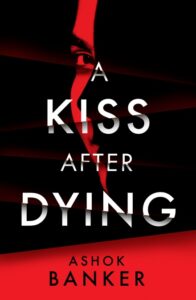 A Kiss After Dying by Ashok Banker

Hannah might appear to be quiet and shy, but she has a role to play. For years she has tracked the people who tore her family apart and now she’s ready to unleash her plan for revenge. But how well does she really know her opponent?

This super smart and slick revenge thriller is brilliantly plotted and I loved the kiss-ass female protagonist. But my favorite thing about this was the mid-point twist that threw everything I thought I knew into disarray in the most perfect way. Ashok Banker is a twisted genius, and their debut thriller is definitely worth picking up. 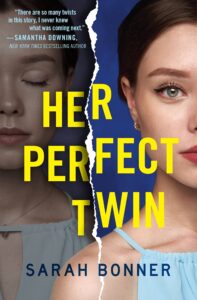 Sarah Bonner lives in Sussex with her husband and very spoiled rescue dog. She's worked in finance and project management for the last fifteen years, but the pandemic gave her the opportunity to revisit her teenage dream of writing. Her Perfect Twin is her debut novel and she's brimming with ideas for more twisty psychological thrillers.

Not Just Regency Romances: On The Napoleonic Wars and the Advent of High Tech Weapons 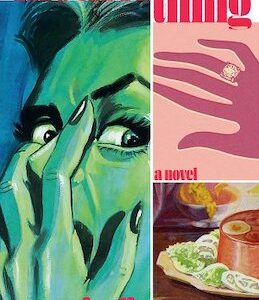 In the bedroom that Ralph grew up in, there’s a galaxy of glow-in-the-dark stars on the ceiling. There are chips of paint...
© LitHub
Back to top