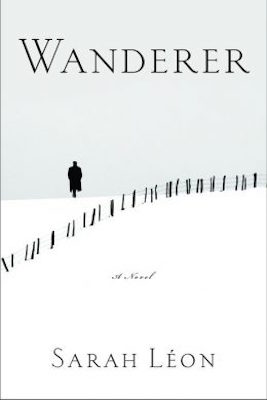 The following is an exclusive excerpt from Wanderer, the lyrical debut novel by Sarah Leon. Deep in the Bourbonnais Mountains of central France, a composer’s reclusive life is upended when an unexpected visit from a former student forces the two men to delve into a shared love of German Romanticism in order to confront the ghosts of a long silence.

The first days passed in silence and intense cold. No stove, no fireplace was able to relieve the dampness in the dwelling or heat it sufficiently. The young composer never saw winter coming without a touch of uneasiness, and he regretted the fact that Lenny, fragile as he was, had chosen precisely the first days of the year to come and join him. The young man, however, had made no complaint and even had to be urged to accept the loan of some of Hermin’s woolen clothing. Lenny had arrived at the Pommier Chenin nearly empty-handed, as if he had desired to abandon, at the same time as his pianistic career, the few relics every man takes on over the course of years. He had provided no account of the reasons that had led him to come and find his friend in his retreat and settle in there himself, nor any explanations relating to his decade-long absence.

Hermin hadn’t ventured to question him.

Besides, they didn’t talk much. The first evening hadn’t sufficed to animate their silences or curtail their hesitations; and it didn’t seem that the passing days had achieved any greater success in reestablishing their former bond. Hermin had indeed tried to question the young man about the rea­sons for his choice, his desire to give up the piano, a step that Hermin considered a mere whim, but he had come up against evasive words that contained no genuine response. He’d abandoned his career, and everything had lapsed into silence.

Over the next several weeks, I saw no more of the boy who had burst into the store like a shooting star and then left without a word of farewell. Perhaps, with time, I would have forgotten about him; but things didn’t go like that. It was writ­ten that our paths would cross again.

Hermin saw little of his guest during the day; Lenny joined him only at breakfast and then again at supper, after which they generally passed the evening in the Great Room, exchanging a few words from time to time. The young composer didn’t know how Lenny spent his days, holed up in the little room he’d moved into. Freed from the routine of arduous daily practice on his instrument, Lenny didn’t seem very eager to engage in any other activity. As a boy, he’d been a reader; he used to recite Rimbaud in German: “Ich schrieb das Schweigen, die Nächte…Ich hielt den Tau­mel fest.”* * “J’écrivais des silences, des nuits…Je fixais des vertiges.” (From Une saison en enfer: “I wrote down silences and nights…I held vertigo fast.”)

These performances would amuse Hermin. At the moment, though, he was worried about the idleness that seemed to have seized hold of his friend, but he didn’t dare say anything.

One evening I went to the Conservatory, intending to find a room to practice in—my rented garret’s neighbors hav­ing expressed their irritation at constantly hearing me through walls and partitions—and opened the door of a studio I knew would be unoccupied at that hour…

When he wasn’t in his room or sunk in an armchair before the fire, the young man prowled the house, small though it was, from cellar to attic; he apparently enjoyed going up and down the staircase with the questionable steps or pacing the worn tiles in the hall on the upper floor, adding his own invisible footprints to those of so many generations. In a word, he roamed. Maybe he was only trying to keep warm. From time to time, he gave a little cough, but Hermin could never determine whether it was due to the dampness or to nervousness.

He was there, seated at the piano with his hands on the keyboard. I saw him turn pale and get up from his bench.

“I thought you told me you weren’t a Conservatory stu­dent,” I said, a little disappointed.

“But it is the truth! No one must know I am here!”

To have found Lenny again just as he was abandoning his art: that was what the young composer couldn’t bring himself to accept. Music had always governed their friend­ship; it was from music that their relationship had sprung—from music, and most of all in music. To forfeit music was tantamount to letting silence fall between them. Could it be, therefore, that their former harmonies, which once filled the private space of Hermin’s garret room, had masked the pov­erty of their daily exchanges, and that their friendship had been nothing but a simple matter of convenience? And yet Hermin could still remember aimless conversations, exhil­arating moments whose connection to music was extremely vague or, more accurately, nonexistent. So what? Rimbaud may well have, as he said, missed the Europe of “the age-old parapets,” but what Hermin missed was the music aux anciens parapets.

Could it be, therefore, that their former harmonies, which once filled the private space of Hermin’s garret room, had masked the pov­erty of their daily exchanges, and that their friendship had been nothing but a simple matter of convenience?

More than anything else, he missed the depth of Lenny’s playing, a depth that was equaled only by the pianist’s casual manner. In fact, even in those days, the young man’s discreet virtuosity and bright, crisp style were already at the service of a rare understanding of the works he interpreted. The semidarkness that Lenny required onstage during his concerts no doubt contributed to the impression they made, but there was more to it than that. Cracks opened up here and there in the music, fissures in a too-perfect edifice, and they gave his art the unsettled, crepuscular color that was his alone. The unique character of his interpretations—particularly those of Schubert’s last sonatas, which had gained him the admiration of an audience of refined music lovers—was the work of an artist of chiaroscuro, of light and shade, out of which a luminous line of melody would abruptly emerge. His was an art on the verge of the abyss. Which doubtless explained his fame.

But there was more. Unknown countries seemed to rise up from under his fingertips. As for Hermin, he would think about Schumann’s “fremden Länder,” those strange land­scapes that likewise suited Lenny’s singular way of being in the world. So his wild playing, for those who listened to it attentively, evoked an ineffable nostalgia. And on the day when the young composer finally accepted Lenny’s music with all that it might contain of a course à l’abîme, a race to the abyss, he had to surrender to the evidence: the name of the boy’s genius was Despair.

That was something Hermin might have understood from the beginning; he might have understood the tragic dimension of Lenny’s being and the thirst for the abso­lute against which he would struggle in vain. In this sense, Schubert, whom he had placed at the center of his art, was really his brother, transcending the years. The Austrian composer’s continual hesitations, his breaks in rhythm, the phrases he couldn’t resolve—they were Lenny’s too.

With determination, I closed and bolted the door of the practice room. My decision was taken; I had too much regret­ted watching him disappear the first time to accept a second, definitive vanishing.

Wanderer. Used with the permission of Other Press. Copyright © 2019 by Sarah Leon. Translation copyright © 2018 John Cullen. 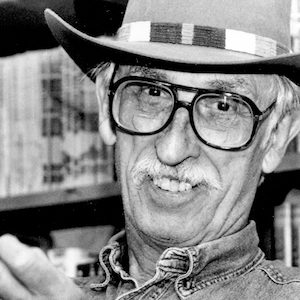