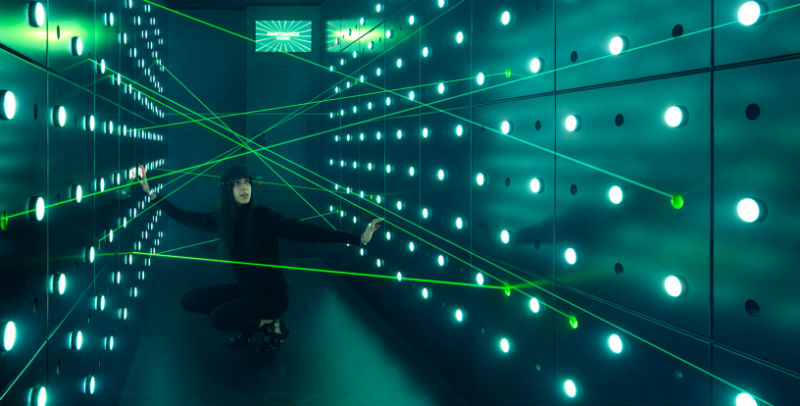 We Are All Spies

“Your mission, should you choose to accept it: See yourself and the world around you more clearly through the lens of spying.” This is the tag line for Spyscape, a new interactive museum in midtown Manhattan devoted to all things spies and spying. It’s an interesting tease: Spyscape assumes that everyone fantasizes about wanting to be a spy, or to have the skills of one. This impulse is utterly comprehensible, no matter how honest a person you are. Everyone has secrets, and secrets, in an age of social media and unfettered confession, have a way of getting out. It’s just part of the way we live now. Furthermore, we are accustomed to constant surveillance: our cars, our phones, our traffic lights, our computers, our streets, our stores, and even our ATMs all have cameras. If this makes you a bit paranoid, that’s not a bad thing. It’s prudent to think about who to trust (and who can be trusted) in this environment. And it’s definitely the right way to approach Spyscape: on full alert.

If this makes you a bit paranoid, that’s not a bad thing.

When you check into Spyscape at the front desk, don’t turn around and look at the espionage book store or you’ll fall down a spy book rabbit hole (more on that later). Instead, put your special spy ID bracelet on and go up to the second floor in the enormous elevator to where the fun is. First, there is a short briefing, and then you can make your way to the five activities and exhibits: Encryption, Deception, Surveillance, and Special Ops. At the end of your time at the museum you get a debriefing and find out where your spy strengths lie; you also get an email afterward telling you which spy path to pursue (should you choose to pursue it).

Your bracelet is your ID and has a RFID code you can use at the many kiosks throughout the exhibits. These kiosks are called Question Stations, and they test things like risk tolerance (which I did poorly on, I think because being a freelance writer in New York City is risky enough), brainpower (which measures your ability to do those brainteasers where there are a series of numbers and you have to fill in the next, another thing I’m lousy at), and personality (this I’m confident about, I definitely have a personality with some sleuth or spy abilities).

The questions can be fun, but the real action is in the interactive exhibits. Spyscape is smartly organized so that the skills it tests are complimented by exhibits about famous figures or situations which demonstrate the abilities being tested. For instance, when I went to the Encryption section, I learned about the careers of codemakers and codebreakers like Alan Turing and the British Enigma program. I did pretty well on the Encryption activity, in which you are given a coded message and the means to break it and then you’re asked to break a code and send an encrypted message. As someone who likes word puzzles a lot, I thought this was fun. There’s a little story at the end about the mission you just accomplished, but I remember the old-fashioned typewriter you enter your code through better than I remember the mission around the activity.

There’s no pretense for the Deception challenge. You sit in a booth and answer true to every question you’re asked, whether the real answer is true or false. The exhibit then plays the footage back to you, showing you telltale signs of lying in your own demeanor: looking left, scratching your nose, pursing your lips, and blinking. What’s even more fun is what comes next: watching subjects talk and using those same cues to tell whether they were lying or not. I did pretty well on this: I got three out of four right, so think twice before lying to me.

Where I totally bombed (besides the brainteasers) was in the Special Ops challenge, which is set up like a scene out of Mission Impossible. You enter a small, narrow, black room with green laser lights crisscrossing the space from floor to ceiling in diagonal lines. The mission is simple: there are buttons that light up on the walls of the room and you have to press as many as you can in the allotted time without getting caught in the fake laser beams. I maybe made it halfway across the room before the buzzer went off, and I only hit a few of the lit buttons. I don’t think I have a career in Special Ops, though this exercise made me feel like Catherine Zeta-Jones in Entrapment.

The final challenge, on which I did the best, was the most interesting one: Surveillance. You enter a room with 360-degree projections of CCTV camera feeds all over the upper part of the walls. You put on headphones equipped with a microphone (so I sort of felt like a cross between a telephone operator and Madonna) and a voice asks you to look for objects in the various feeds. There’s time pressure to answer, but even given that I did pretty well at finding what the voice told me to look for (a red car, a man in a blue shirt, etc.). The Surveillance exhibit was one of the most interesting as well, outlining the careers of people like Edward Snowden.

When I did my debriefing at the museum, I was told I’d make an excellent surveillance officer: I have “awesome attention to detail.” What’s odd is that when I got my email about what kind of spy I should be it said cryptography was my strongest suit. I’ll take either one, just don’t make me go into that weird laser special ops room again. The spy profiles have been developed in conjunction with a former head of intelligence in the UK and “top industrial psychologists.” The roles not suggested for me (there are 10 in all) included Agent Handler, Hacker, Intelligence Analyst, Special Ops Officer, Spycatcher, and Spymaster.

Article continues after advertisement
So the question that’s answered after a visit to Spyscape is not would you be a good spy, but what kind of spy should you be?

There is a gift shop with spy gear on the floor with the exhibits, but I was eager to go back to the espionage bookstore downstairs. Spyscape management claims it’s the largest bookstore devoted to espionage and spycraft in the world, and I certainly have never seen a bigger or more thoughtful one. All of the classic authors are there: Eric Ambler, Helen MacInnes, Alan Furst, Tom Clancy, Vince Flynn, Len Deighton, and Robert Ludlum. There are also nonfiction books like Ben Macintyre’s, and books on other spy related nonfiction on topics like hacking, codebreaking, and psychological warfare. It’s extremely well curated: next to the Ian Fleming books I saw a copy of Hemingway’s A Farewell to Arms, which I’d never thought of as an espionage novel but it makes perfect sense. Someone really thought about how to arrange and stock the store, with first editions handsomely displayed in glass cases and piles of related books on tables perfect for browsing.

So the question that’s answered after a visit to Spyscape is not would you be a good spy, but what kind of spy should you be? As we live in a world where critical data is mishandled and surveillance is a part of everyday life, we all do get to play spies on a small scale. A spy’s job is to get and interpret data, and then use it to exploit the strengths and weaknesses of those around you. I daresay this is a survival strategy many of us already use in our everyday lives. Like it or not, we are all spies. 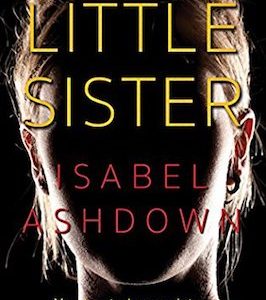 Prologue You were perfect, unblemished. Innocent of ill thought, with a light that radiated from you like sunlight. You brought...
© LitHub
Back to top