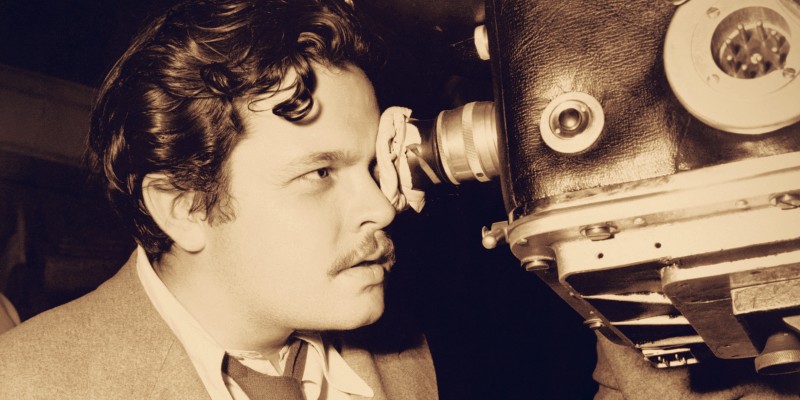 An unedited shot can create incredible tension and excitement—it works for novelists, too.

When we wrote Losing You, we chose a narrative style that was taken not from literature but from the movies. It’s a story of a child going missing in which every second counts, so we decided to write the book in a single cinematic take. That is, there would be no chapter breaks, no gaps, no phrases like “later that morning” or “five minutes later.” The book would take as long to read as the events it described took to happen.

If any readers can think of examples like that in fiction, we’d love to hear from you. But it made us talk about the meaning of long takes in cinema. What are they for? What effect do they have in the audience? Are they a stunt or do they convey something that can’t be conveyed in the normal cinematic language of cuts and dissolves? There are now famous examples of films that consist entirely of a single take. Russian Ark is a single 90-minute tracking shot through the Hermitage Museum in St. Petersburg, with a cast of hundreds. The Heavyweight podcast devoted an episode to tracking down the man who made the single blemish of the film: a violinist who bumped into the camera.

That is part of the tension of long takes. Just one mistake means you have to go all the way back to the beginning. Other pseudo-one-take films, like Birdman or the current 1917, use disguised cuts.

But here we consider the role of long-takes in movie thrillers. Do they create tension? Are they just showing off? Do they get in the way of our immersion in the film? Here are ten very different examples. 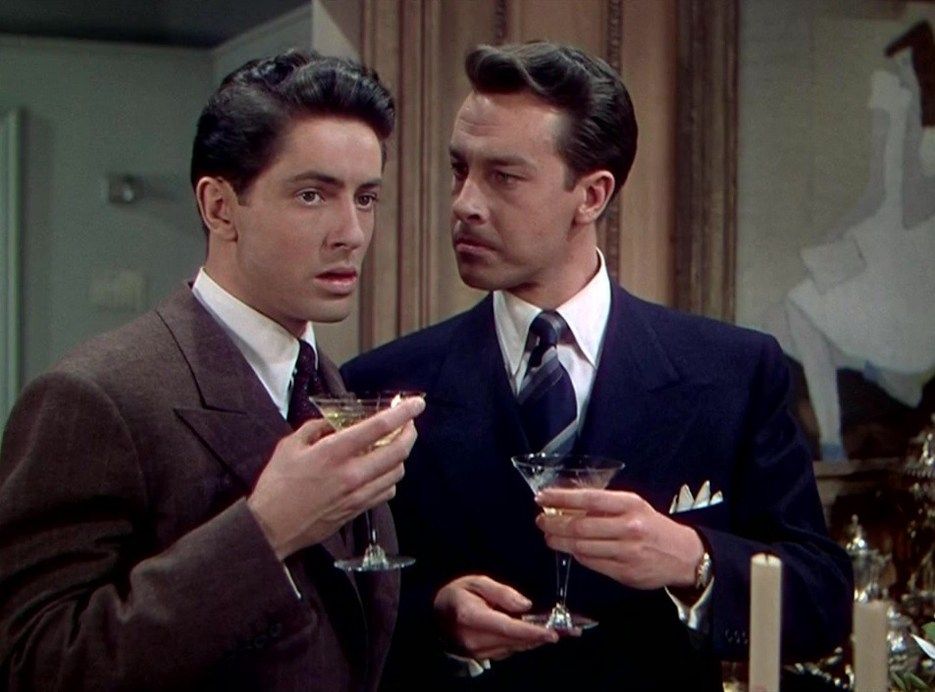 In Patrick Hamilton’s 1929 play, the action starts in the aftermath of a murder. The body is stowed in a chest in the middle of the stage and the suspense depends on the action being continuous. It’s crucial that the audience knows there is no possibility that the body could have been moved. When Alfred Hitchcock filmed the play, he decided to make the whole story in an apparent single take (with some fairly crude disguised cuts). Hitchcock himself came to regret his choice, saying he had lost the real cinematic language that editing allows. The problem was that the cameras were so heavy that it was difficult to move freely and the result was stagey and stiff. But there were other possibilities, even then… 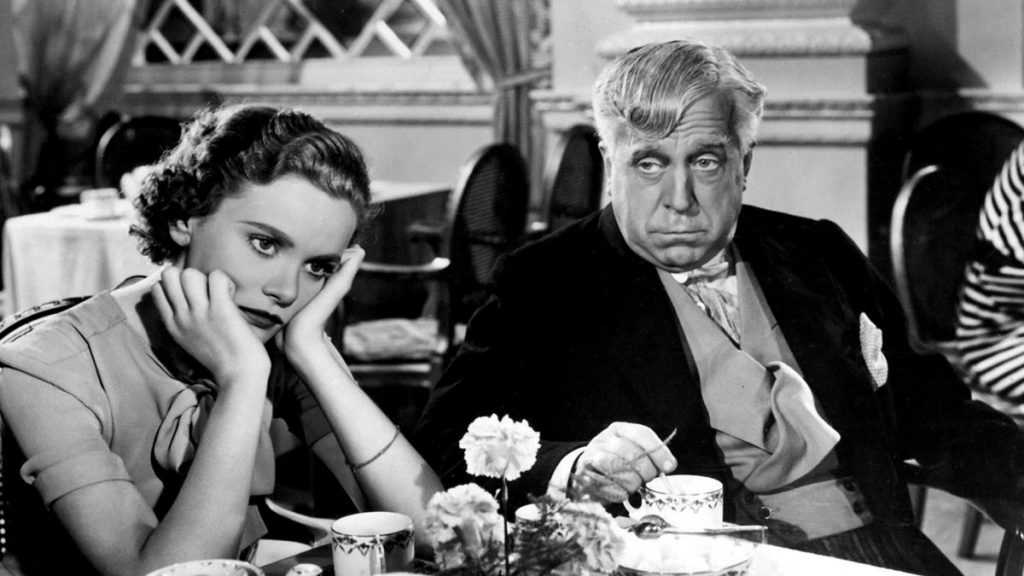 More than ten years earlier, Hitchcock showed what he could do with a single minute-long camera movement (using a crane). The heroine (Nova Pilbeam) is in a club searching for the villain. All she knows is that he has twitching eyes—how can she find him among so many? And then Hitchcock’s God-like camera moves above the crowd towards the band, closer, closer until it finds the eyes of the drummer, which suddenly twitch. No kind of editing could have made the same, ominous impression. Pity about the blackface, though.

Perhaps our favourite of all long takes comes in a relatively unknown film noir, made just two years after Rope (and much more cheaply). There is a lesson here for any filmmaker or novelist. If you’re portraying an event like a bank robbery that has been done over and over again, try to do something different. In this case, Joseph Lewis films the entire thing—before, during and after—from inside the car in a single take. The result is incredibly tense and even seventy years on feels gritty and real. Even more audaciously, Lewis wonderfully uses the constraints of filming in a car so that we only see the backs of their heads, until after the robbery when Peggy Cummins turns and smiles at us. Fun fact: John Dall was also in Rope, but he’s much better here.

This is how to do it. In Sebastian Schipper’s film noir scenario, a young woman in a Berlin nightclub casually decides to leave with three men and what starts as a jaunt ends in criminality and violence. It’s a two hour twenty minute (genuine) single take of increasing dread, moving through streets, a coffee bar, apartments, and involving a bank robbery, chases, a gun battle. Laia Costa as the German Alice through the deadly looking glass is sensational. The uncutting, unblinking camera is essential here, sustaining a tension so that you can’t look away and can barely breathe. You wouldn’t want every film to be like it but we need this one.

Trust Orson Welles to create what is arguably the most iconic opening sequence in movie history. The first shot shows a hand setting a timer on a bomb, also showing us how long the single-take is going to be: three and a half minutes. In a virtuoso nighttime sequence (it was so difficult to film that you can see that the dawn is about to break) Charlton Heston and Janet Leigh walk down a busy street passing and being passed by the booby-trapped car approaching the Mexican border. This is a quintessential example of a single take being used to maintain tension. We’re in exactly the same time-world as the film is, and there is no relief until the bomb goes off and we finally get a cut and we can breathe again.

Some of the best single-takes are those that don’t call attention to themselves. Coppola is telling an epic gangster that crosses continents, both coasts of American and many years, and he has the courage to begin in a dark room on the face of a marginal character, delivering a monologue while Marlon Brando is only seen from behind, silent, in silhouette. Those three minutes (an enormously long time in a Hollywood movie) contain all the themes of the movie: an immigrant community in America, the ties of family and extended family, the granting  and calling in of favours, the notions of justice and vengeance, the exerting of power and control, all underpinned by violence. The greatness of the film is Coppola’s uncanny balance between slowness and speed, words and violence, jagged editing and the slow theatrical unfolding of a scene. Above all, nothing is ever done to display the skill of the director: it’s always about the story.

Martin Scorsese has always been obsessed by the dangerous attraction of the criminal world. He is brilliant at portraying it, so brilliant that he sometimes feels more convincing about the attraction than about the danger. The scene from Goodfellas where Ray Liotta and Lorraine Bracco walk into the nightclub through the side door of the Copacabana, through the kitchen, to the table in the front row while “And Then He Kissed Me” plays on the soundtrack, is probably Scorsese’s most famous moment, much admired, much copied. It’s wonderfully pleasurable—you almost want to applaud—and, of course, that is part of the point: it fleshes out the famous first line of the movie: ‘I always wanted to be a gangster.’ But it is arguable that lesser directors (and sometimes Scorsese himself), became addicted to these sort of long, complicated traveling shots as a cheap way of creating excitement.

Freud allegedly said that sometimes a cigar is just a cigar and, perhaps sometimes a long single take needs no more justification than that it’s exciting and fun. In recent years there has been a mini-tradition of complicated violent scenes unfolding almost impossibly without a noticeable cut. John Woo and Alfonso Cuaron have made a habit of it. The extended seven-minute fight in Atomic Blonde, smashing its way downstairs and through room after room has the breathless excitement of a fairground ride. It may not have the emotion heft of some of our examples, but the choreography of the fights, the stuntwork and the camera weaving in and out of the action is deeply exhilarating and entirely, purely cinematic. You couldn’t do this on stage or in a book.

In the early seventies, Brian DePalma was a close friend and collaborator of Spielberg and Lucas and Scorsese. Gradually his obsession with Alfred Hitchcock and with brilliant set pieces took him over. Increasingly, he remembered brilliant, witty, audacious sequences and forgot the movie. In Snake Eyes, De Palma out-Scorsese Scorsese and out-Welleses Welles, with a staggering thirteen-minute opening sequence as a manic Nicholas Cage weaves in and out of a crowded boxing arena, taking bets, running up down-escalators, talking to a host of characters and finally witnessing a murder. It’s breathtaking and brilliant and extremely enjoyable but what about the rest of the movie? It feels like an afterthought. But we still have that opening and that’s what YouTube was invented for.

And sometimes the long take can be a sublime almost spiritual experience. Directors like Theo Angelopolous, Bela Tarr and Andrei Tarkovsky make use of long, stately one-take sequences that force us to slow down, to pay attention and to enter into another notion of time and space. Antonioni’s The Passenger is a sort of thriller in which Jack Nicholson takes on another man’s identity in a failed attempt to escape from his life. The story ends (spoiler alert) with one of the most beautiful tracking shots in movie history: Jack Nicholson lights a cigarette and lies down on the bed in his room, almost in resignation. With no sense of hurry, the camera moves round, observes the scene outside the window, life continuing, then moves through the bars, out into the world as events take their course and then around and back to the room where his body is discovered. It is both a richly evocative way of resolving a story but also an eloquent vision of life carrying on elsewhere in other places and other times. Sometimes a cinematic cut is a release of tension, a taking of breath, a reminder that we, the audience, are in a different place from the people in the film. Antonioni doesn’t release us until the final moment. 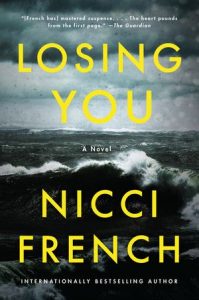 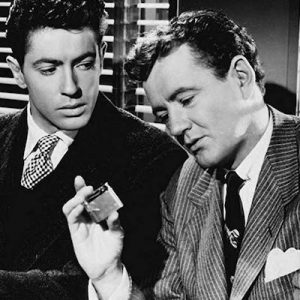 (Warning—contains spoilers) It’s good to share. Especially when it comes to murder. After all, a murder shared is a murder...
© LitHub
Back to top