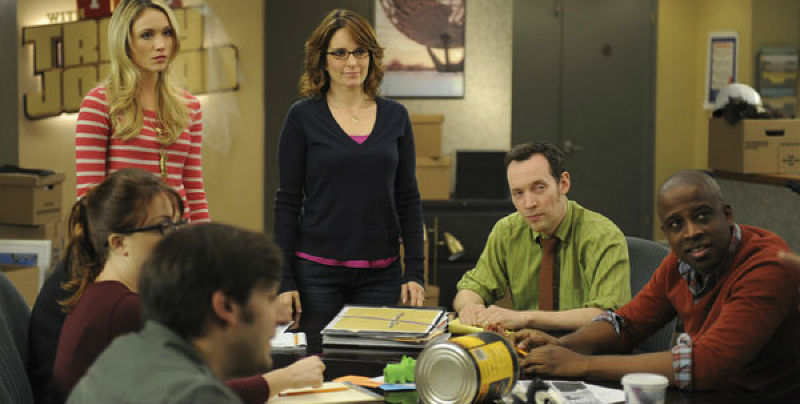 What Can Crime Writers Learn From Screenwriting?

Michelle Frances on the Commonalities Between Script and Prose

Way back in the last century, when I was a starry-eyed student at the American Film Institute, all producing fellows (like myself) had to either write a full-length movie screenplay or persuade/bribe a screenwriting fellow to co-write with them.

I decided to go it alone and had a lot of fun staring at my laptop screen in my tiny apartment in the dodgy end of Hollywood, music up loud, glass on wine on the desk in front of me (hey, all the best artists took something) and I wrote a script that was universally terrible (with one high-profile A-list screenwriter who happened to read it likening it to something to use to wipe oneself in the bathroom. Yes. He said this to my face with a smirk, more on that later).  But in the process I discovered something, a small flame that wouldn’t go out, much like those birthday candles that you blow but they keep re-lighting.

I knew this because in the stage directions in one of the scenes, I’d described an English country pub. Open fires, wooden beams, genial customers, and there was something about these five or six lines that I was continually drawn to. When I read them I felt as if I was actually there. I knew they didn’t belong in that screenplay; quite simply, there were too many words to describe something very simple, (remember, a page of script is equal to a minute on screen, roughly, so no good if you spend half of it describing the types of beer mats on the bar as nothing will actually happen in your movie). Thing is, I liked them too much to take them out.

I went on to work in television for a number of years before turning my hand back to writing prose and along the way I learned a huge amount, much of which stood me in good stead when I decided to write my first book.

Nobody knows anything. (But in television, everyone wants to be involved.)

We’ve all heard this before but it’s a truism that is proven time and time again. Who decides what’s good and what gets filmed/published? Just a handful of commissioners, many of whom turn down projects that become major success stories many years later. Paul Abbott, with whom I worked with on Shameless, would happily tell the story of how his show was rejected numerous times and took years to get off the ground. And when I was writing my psychological thriller, The Girlfriend, I would occasionally bump into newspaper articles that listed (world famous!) novels that had been rejected, sometimes scores of times, before they were picked up. It served as a tentative reassurance as I adventured through the lonely journey of 100,000 words, wondering if anyone would actually like any of them.

Television writing is a less lonely experience. This can be good (you have company at various stages) and bad (that company usually has an opinion on your script and how it should change).

Allow me to take you through a typical television development process (in the UK) but in a much more condensed fashion than the two or three years it usually takes from start to finish. (Yes, two years to write a measly 12,000 words!  Compare that to 100,000 in your average novel. Working at the same pace, it would take sixteen years to complete.)

One thing that works in both mediums: be encouraging. Never, ever suggest the writer’s efforts are only good for toilet paper. It’s mean.

The following insight may give you an indication as to why it takes so long. The writer will pitch an initial idea to a production company who will then commission that writer to come up with a script. At this point the producer assigned to the project will have a few suggestions for the writer and their idea. (Notch up change one). The writer will put together a longer synopsis of the idea, on which the producer will have more notes (change two). The writer will then write a first draft of the screenplay—there are ALWAYS notes on a first draft (change three). Then more notes on subsequent drafts (changes four to… seven, eight, fifteen?). The most drafts I’ve ever seen on a script is nineteen (my God if it’s not working by then, will it ever?) And this is all before it even gets to the desk of the broadcaster for consideration. I’ve seen grown men break under this kind of torturous wearing down.

Then if the script is lucky enough to get a greenlight at a broadcaster, there are several more tiers of people to give more notes. The channel commissioner, the director, even the actors have been known to have a go at changing lines that have been laboured over for years. Many of these “notes” are just personal opinion and it’s the strong writers who retain their vision and have the judgement and balls to tell the note-giver where to go when necessary, who will actually make it through this perilous process.

When writing a novel, I regularly thank my lucky stars when I reach the edit stage that the process is different. The sheer number of words acts as something of a shield. And thankfully, there are usually only one or two people in the chain who deliver an opinion: the agent and the editor.

Of course, there are notes to be given and when I received mine it was a very surreal experience.  Having been on the giving rather than the receiving end for so many years, I felt like an imposter, someone who’d wandered into the room and sat on the wrong side of the table.  I’d feel the need to break out into a childish giggle—any minute now they were going to tell me it’s all just a joke.

I was also deeply suspicious of praise. As a TV script editor you would always look for the good in a screenplay first.  Praise the writer and only once you have told them everything that is brilliant, can you start on the bad. I would listen to compliments impatiently waiting for the shift change conjunction “…we love the way the main character reacts to the news… but…”

One thing that works in both mediums: be encouraging. Never, ever suggest the writer’s efforts are only good for toilet paper. It’s mean. Better to say, I thought there were five lines that were not bad. Have you ever considered writing a novel?

Having worked on a number of shows, some which were made, some not, I have learned a great deal about story and how to tell it. Not everyone will agree with some of these principles but for me they can often be useful.

Things—mostly—happen on screen fast. A very respected UK producer once told me to “burn story.” Help, I thought, if I use that story beat in the first five minutes of the episode, what the heck I am going to do just before the ad break?  But actually, it’s extremely liberating.  It’s a bit like a natural disaster. The occurrence of one thing will set in motion other things, for example the earthquake will set off the tsunami. It’s the same with story—and more to the point, characters. Making things happen often triggers other things to happen.

The use of visuals—and descriptive prose—cut against each other can create all sorts of drama.  It can build tension, create cliff-hangers, increase mystery, explain secrets.

I’m stating the obvious here but television is a visual medium. But so is a reader’s imagination. In TV, you would look to cut scenes against one another that can help to tell the story. For example, a cop might be talking to a colleague wondering who could be the culprit.  Cutting to a new scene featuring a particular individual can make the audience think that individual is the guilty party. The use of visuals—and descriptive prose—cut against each other can create all sorts of drama. It can build tension, create cliff-hangers, increase mystery, explain secrets. I think that all genres of novel can be incredibly visual, not just crime books. But crime can (sometimes) be considered a genre that contains more tension and a visual style of writing can often help to create that tension.

In television we have a saying: “Get into a scene as late as you can and leave as early as you can.” There’s no dawdling about. It was something that was useful to remember if I was writing a chapter and wondering why I’d lost my thread. How much of what I’d written was actually relevant and/or entertaining? Was the drama clear and dynamic or saggy?  If the latter, it was time to get the metaphorical scissors out.

Viewers—and readers—will often love a set piece. The battle scenes in War and Peace; a soliloquy from Sherlock. Screenwriters like to create scenes that make television memories.  In The Girlfriend, I was particularly drawn to writing the section where two of the primary characters go white-water rafting. It’s full of action and has a big pay-off at the end.

Write what you love and what you want to say

The most valuable lesson I learned from my work in television was that the projects that rose to the top of the pile, the ones that would get made, would be those that had come from the writer’s heart. (That combined with keeping trucking on and not taking no for an answer.) I’ve seen numerous times how having a belief and a passion is what can make all the difference in the end and it’s grabbing hold of that fire and burning desire to tell a story that makes me sit down and start typing.

Michelle Frances graduated from Bournemouth Film School in 1996 and then from the Masters program at the American Film Institute, Los Angeles, in 1998. Returning to London, she has worked in film and TV for 16 years as a script editor and producer. She is currently Head of Development at BBC Wales Drama, producers of ,Doctor Who, War and Peace and Sherlock. She works across a number of in-house shows and also oversees book adaptations. The Girlfriend, her debut psychological thriller, has been optioned by The Imaginarium Studios and translation rights have sold in nine foreign territories.

What Life Is Really Like
on the Crime Beat 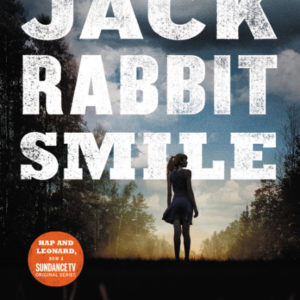 Even when I’m doing something enjoyable, it seems death and destruction lurk nearby. I might not recognize those dual demons...
© LitHub
Back to top