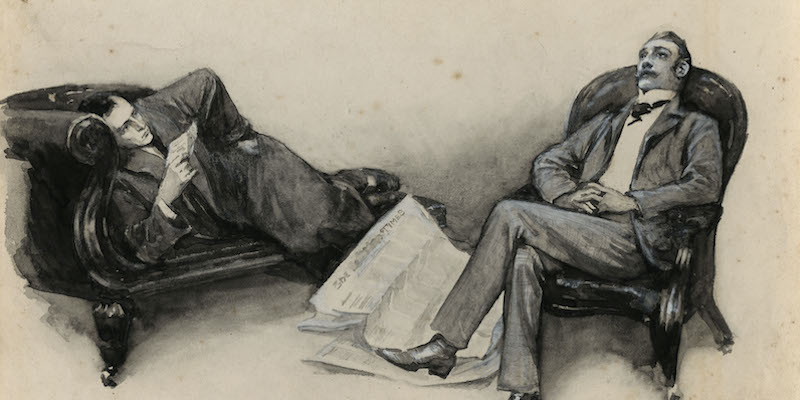 Therapists, like detectives, piece together clues and information in order to solve the mystery: that of a client's own dilemmas.

I have a confession to make.

In 2020, my debut novel, Little White Lies, was shortlisted for the Crime Writers’ Association “New Blood” Dagger Award. I was delighted, of course, BUT…

I never meant to write a “crime” novel. I’m not a “crime writer”. I hardly even read any crime. If I do, twenty-four hours after finishing, I often can’t remember “whodunit”. What stays with me instead are the characters. Their relationships. The atmosphere. Not the plot.

So, gate-crashing about on the fringes of the genre, what am I?

My marketing team would probably tell you that I’m a psychological thriller / psychological suspense author. And I’m quite happy with that categorization. I’ve also been branded a “dark women’s fiction” writer. I like that too (I definitely like exploring “the dark”).

But the way I think of the stories I tell, is that they lie “one step to the side of a crime”. In my stories, there’s usually a crime—or what looks like a crime—hovering in there somewhere.

But that’s never (really) what the book is about.

In my debut novel, Little White Lies, a crime was definitely committed. Seven years ago, an eight-year-old girl was abducted. So far, so missing-persons. But the book actually starts where most missing-person investigations end: with the miraculous news that Abigail White has been found alive and is now coming home. Very little in the book focuses on her kidnap and imprisonment. We discover “whodunit” early on in the book. Instead, the book unravels the events within Abigail’s family that led up to the moment of her abduction… and the heart-breaking fall-out that comes with her return.

Shocker: I’m not a detective. In my day job, I work as a clinical psychologist and therapist. Sometimes though, in that job, I feel like a detective. It’s almost as though it’s my “shadow career.”

People often ask me whether my background as a psychologist informs my writing. They wonder whether my clients inspire my characters, or whether being a psychologist helps me as a writer. The answer to all these questions is probably yes, but perhaps I see it a little bit differently. For me, becoming a psychologist and becoming a writer were both symptoms of the same underlying condition: my ongoing, desperate need to make sense of human beings (and I include myself in that statement).

Human beings fascinate me. When I sit down to write, really all I want to do is delve as deeply as I can into my characters, their minds and their motivations. And yes (confession three), of course these characters reflect aspects of myself and the key figures I have encountered in my life. How can they not? My attempts to understand others are always, in part, attempts to understand myself.

“Whydunit?” is the question I’m asking about everything, all the time. Why do humans do anything they do? The good, the bad and the ugly? That’s really what I’m trying to figure out: I think it’s probably my life’s mission.

But no one (really) likes a navel-gazer. Most readers also like a Really Good Plot. Crime doesn’t pay (so they say), but crime does (it seems) sell books. I know a crime is a brilliant catalyst for a story. The genre has been popular for about as long as we can remember, and as far as I can tell, it shows no sign of drying up. In my opinion, the rise of the psychological thriller in the last ten years or so also represents a fantastic variation on traditional crime, taking us away from the classic criminal/detective set up and into the realm of more subtle, personal, psychological “crimes”. Take Gillian Flynn’s Gone Girl, for example. In this genre, threats, secrets, betrayals and dangers lurk within the apparent safe-zones of the home, the family, the workplace or the friendship group – or even within the slippery chambers of our own minds: see All in Her Head by Nikki Smith. The criminal or culprit is no longer some strange, anonymous figure “out there”; they aren’t a wicked, faceless stranger. The “villain” is revealed to be someone familiar to us, deeply-known to us, loved by us. Sometimes, it even turns out to be us.

As a psychologist, I love these books.

My second novel, Safe and Sound, opens with a big fat nod to the classic crime convention of “a body on the first page”. Furthermore, the “victim”, Sarah Jones, is a young, pretty, charismatic woman. So far, so clichéd! Police get involved. Sarah’s London bedsit becomes a crime-scene. But this book was never going to be a murder mystery. Safe and Sound centres on quite a different question: how did this pretty, popular young woman’s death go unnoticed for ten whole months?

As I mentioned, I don’t read a lot of straight crime. I’m not that great at solving puzzles. I almost never guess the twist. What I do love though, is the boundary-breaking that is so central to the crime and thriller genres. I want to know not just whodunit or howdunit, but whydunit. In fact, I want to push that question even further. I want to know: what is wrong with us? Where did we go so wrong? This is the “dark” I mentioned and which I remain so drawn to explore. It’s why I’ve loved Imperfect Women by Araminta Hall, The Little Friends by Jane Shemilt and We Need to Talk about Kevin by Lionel Shriver, to name but a few.

Who we truly are is revealed by the choices we make, and especially those that we make under pressure. Human nature often comes into its sharpest focus in this realm, and human nature is what I’m forever trying to crack.

I love a good page-turner. I love a gripping plot. I like a twist that makes my jaw drop. So I use all that. Confession four: I’m a bit sneaky. I package my psychological explorations up into a premise that draws on the intrigues, twists, shocks and mysteries of classic crime and thriller plots.

But once I have something crime-y in my book, I like to sneak a little off to one side. I want to focus on my characters and the mysteries they present.

So that’s where you’ll find me: hovering on the fringes of the crime genre, in the messiness and shadows of the human condition. Anchoring myself on crime and thriller conventions, as I try to answer the ocean of questions that exists out there, and which keep me going, book after book. 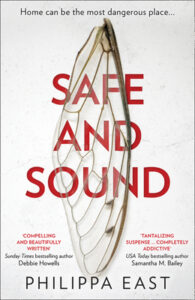 Philippa East grew up in Scotland and originally studied Psychology and Philosophy at the University of Oxford. After graduating, she moved to London to train as a Clinical Psychologist and worked in NHS mental health services for over ten years. Philippa now lives in the Lincolnshire countryside with her husband and cat. Her first novel Little White Lies was published in 2020 and was shortlisted for the CWA John Creasey New Blood Dagger. Safe and Sound is her second novel. 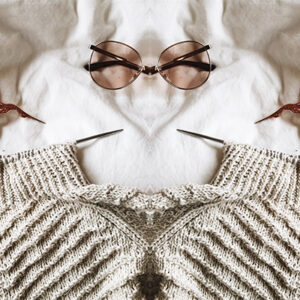 Yarn lovers love yarns. After all, storytellers are said to “spin a yarn,” right? Knitting and reading simply go together....
© LitHub
Back to top