She was a Child Prodigy Novelist. And Then She Disappeared.

Flowers have faded,
Butterfly wings are weary,
And far off is the chanting of the eternal sea.

Meet Barbara. Not exactly your average American kid. Barbara is extremely gifted. She is intelligent and ambitious. A prodigy. Very much in awe of nature, and in love with writing.

In 1927, at the incredibly young age of twelve, Barbara published her first novel to great critical acclaim. Two years later, her second novel followed. Then things changed. In spite of her literary success, she suffered several personal blows and reportedly became depressed.

In December 1939, at the age of twenty-five, Barbara walked out of her Brookline apartment, never to be seen again.

Like so many of us, I enjoy a great mystery tremendously, and although Barbara’s life story reads as if Agatha Christie and Daphne du Maurier brainstormed to dream up a fantastic new character and write a compelling tale of success, lost ideals and broken dreams, Barbara was real.

I write “was,” but to this day nobody is certain of what happened to the author and if she perhaps fled to start a brand new life, is still alive and over a hundred years old. The idea of ‘escape’ is a powerful one. I think all of us have at one time or another, even for the briefest of moments, considered running off and starting our lives over. A clean slate. Doing it all again, but better. If only we could…

The element of escape is what makes disappearances not only tragic but also exciting, even if we don’t want to admit it. There are famous cases of authors who, in their own particular way, disappeared: Agatha Christie “staged” her own escape, only to be found by her husband in a health spa two weeks later. Virginia Woolf escaped in the most tragic and definitive way by walking into the river and taking her own life.

But back to Barbara Newhall Follett: the daughter of critic and editor Wilson Follett and children’s writer Helen Thomas Follett, she was home-schooled and probably encouraged by her parents to write from an early age on. Especially Wilson, her father, had a particular influence on her ambitions as an author.

One thing is certain: Barbara had a vivid imagination and those who lived with were required to take her fantasies very seriously. “Don’t go sit there, daddy,” Barbara would say when her father took a seat at the dinner table. “That’s where Beethoven sits!”

Barbara invented her own language: Farksoo. She was in awe of words and books, but perhaps even more so of nature. Her debut novel The House Without Windows, the title being a metaphor to nature itself, is an incredibly sensitive ode to the beauty and inspiration of the meadows, the sea, and the mountains. Barbara lived in a village and loved to play in the woods and on the river and to run off to hide between the trees where she’d act out her stories.

Encouraged and guided by her father, she wrote most of her debut novel when she was nine. Unfortunately, the manuscript was destroyed in a domestic fire. Barbara rewrote it and three years the novel was published with Knopf. The debut received much critical acclaim but Barbara especially reveled in the pride her father took in her accomplishments.

The element of escape is what makes disappearances not only tragic but also exciting, even if we don’t want to admit it.

Later that year, Barbara left on a ten-day-excursion aboard a schooner to Nova Scotia and when she returned she had finished her second novel: part fiction, part travel memoir of her time at sea. The Voyage of the Norman D. was published immediately and, again, received critical praise.

However, that same year life took a turn for the worse. Barbara’s father left her mother for another woman. Barbara was shattered and heartbroken. In long letters she begged her ‘dear daddy-dog’ to come back. He didn’t.

At the age of sixteen, Barbara moved to a small New York apartment with her mother. They didn’t receive any money from Barbara’s father and the Great Depression made circumstances even more difficult. Barbara found a job as a secretary. She had little to no contact with her father, and though she kept on writing, she wasn’t able to get her subsequent manuscripts published. This rejection caused her to ponder the painful question: “Can I do it without him?”

In the summer of 1931, Barbara fell in love with Nickerson Rogers, an outdoorsman who shared her deep love for nature and eventually married him. After a few happy years in which they backpacked through Europe, Barbara started to suspect that “her” Nick might be cheating on her. She became depressed, stopped writing, withdrew from contact with family and friends. Then, on a cold December day, reportedly after a fight with her husband, she left their apartment and vanished without a trace.

Today, Barbara’s mysterious disappearance is still surrounded by questions. Why would a promising writer suddenly walk out on her life and never return? If she willingly ran away, why did she take nothing but thirty dollars and a notebook with her? And why did her husband Nick wait for two weeks until he called the police?

Here’s another: when Nick requested a missing persons bulletin four months after her disappearance, why did he list it under Barbara’s married name ‘Rogers’ causing the author’s disappearance to go by unnoticed by the media? It wasn’t until two decades later, in 1966, the press picked up on the story of the lost American prodigy.

Fascinated by Barbara, I’ve tried to bring some of her back to life in my debut novel. To this day, I’m continuing my research into her mysterious case, looking into files on her disappearance and assembling all the documents that still exist, in an effort to get to the bottom of this captivating mystery.

Did the betrayal by the two most important men in her life bring Barbara Newhall Follett down? Did a violent act or accident occur in the apartment on that tragic evening? Or was it her own doing and did Barbara finally act on a dream she had all along, which she described in her debut novel through the eyes of Eepersip: “a young girl who runs away from her family to live in the wild”?

If she’s alive, Barbara would be 104. She could have built that beautiful house deep in the woods she dreamed of. However, I believe she isn’t and she didn’t. For her sake, I’ll keep digging. And I do hope one day I’ll be able to tell you what truly happened to Barbara on that mysterious December night. 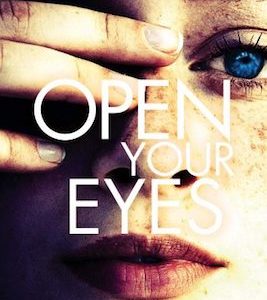 Another year of my life . . . wasted. All that work. All that time I’d devoted when I could have been doing something else....
© LitHub
Back to top