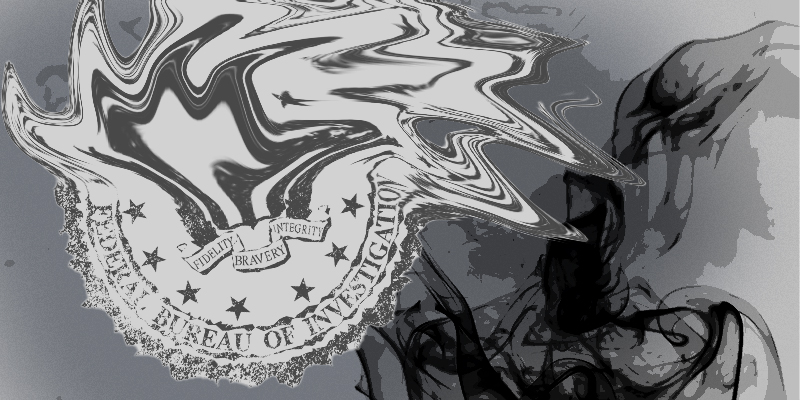 What if the FBI Required Recruits to Read Paranormal Crime Thrillers?

Over twelve intense weeks at the FBI Academy in Quantico, Virginia, I learned how to analyze crime scene evidence, elicit information from informants, and detect a liar from a hundred yards away. As a brand new intelligence analyst, however, my training curriculum (regrettably) did not include reading about immortal demons, parallel universes, or reincarnation. Because that would’ve been ridiculous. A complete waste of time. Right?

Paranormal crime thrillers, where these fantastical concepts thrive, don’t obey the neat and tidy rules of the universe. And in my experience at the Bureau, neither do the cleverest of criminals or sneakiest of enemy spies. Admittedly, in the hundreds of cases I worked, I rarely (okay, never) bumped up against an actual malicious spirit reborn in the body of a third grader, but my love of supernatural mystery novels still gave me an edge when fighting real-world bad guys and gals. That’s because this particular genre of fiction trains readers to expect the impossible, shake off their unconscious bias, and examine the world from unorthodox, borderline bizarre, points of view.

The legendary former head of the CIA’s Office of Technical Service, Antonio Mendez, wrote in his book Spy Dust about his team’s struggles to evade Soviet detection in Moscow. It was the mid-1980s, the height of the Cold War, and the KGB always seemed to be a step ahead, constantly blocking CIA intelligence officers from conducting any kind of meaningful operations in the Soviet capital. “I think we have to expand the threat assessment to include more unconventional ideas,” he recalls concluding. “We have to think new thoughtsFBI special agents and analysts must follow the same advice. There’s truth to the old adage: the worst intelligence failures are actually failures of imagination.

David Hoover wrote about this phenomenon in his article in American Intelligence Journal. He blamed disastrous security blind spots, like the inability to consider that terrorists would use commercial airliners as weapons prior to 9/11, on the FBI’s over-reliance on logical, linear thinking. “Convergent, linear thinking,” he explains, “has served us well in science, engineering, and manufacturing.” However, it falls short in the realms of social science, policy, diplomacy, business, and any other field where “human decision making must be factored in.”

Stephen King’s The Outsider offers a near-perfect example of what happens when law enforcement is too closed-minded to these unpredictable “human” factors. In King’s speculative police procedural, a beloved Little League coach, Terry Maitland, is arrested for the brutal murder of a boy on the team. Witnesses report seeing Terry with the child shortly before his presumed time of death. Terry professes his innocence, but forensic evidence doesn’t help his case. DNA, fingerprints, and video surveillance footage all point to his guilt. And hey, that’s real-deal science stuff! Cops zero in on Terry, and justifiably so, but when more details emerge, the cut-and-dried case quickly becomes maddeningly murky. A jaded homicide detective with the local PD struggles to overcome his hopelessly “linear thinking,” despite the investigation’s growing requirement to do so.

Similarly, in my latest psychological thriller, Don’t Get Close, a novice FBI special agent has to contend with the possibility that a dangerous bomber may actually be the reincarnation of a domestic terrorist. The protagonists of both of these stories must put logic aside and accept that the impossible could, in fact, be possible.

The FBI should train new recruits to do the same. Otherwise, investigators running cases with shuttered minds could lead to tragic outcomes. How many times have federal agents honed in on an early piece of evidence, locked in on a single suspect, and then ignored any new information that undermined the agreed-upon narrative? In the FBI, I used to call these folks “tire squealers.” Toss them just one piece of (seemingly irrefutable) forensic evidence, and you could practically smell the smoke billowing from their Crown Vic’s wide wheels as they zipped away to make the arrest. Let’s call it a day, and clink those beer mugs, fellas. Not so fast.

Sadly, in a criminal justice system that rewards convictions at all costs, the actual, messy, non-linear truth can get steamrolled. But as human beings, we have built-in protection—the fibrous tissue pulsing between our ears, capable of dreaming up almost anything. Imaginative thinking not only helps law enforcement solve the hairiest of cases, it also can prevent them from falling victim to intentional deception. If a few drops of blood, a strand of hair, and a smear of semen are enough to give federal investigators tunnel vision, then we’re doomed. Reading the wild plot lines of paranormal thrillers will exercise the mind muscles that keep our FBI a mighty, crime-fighting force.

In her brilliant Cold War memoir, The Moscow Rules, former CIA Chief of Disguise Jonna Mendez recalls partnering with illusionists and Hollywood special effects experts to invent new ways to fool the KGB. She knew stage magicians understood the only way to fully deceive an audience was to control their perspective. People seated in stationary chairs in a dimly lit auditorium have exactly one vantage point, and a skilled performer is keenly aware of what their patrons can and cannot see at all times. Filmmaking works the same way. The director gives the viewer one, bright rectangle through which to experience the universe. She decides exactly what pops into that frame and when it appears.

As a professional spy, Jonna exploited these tricks-of-the-trade to her advantage to manipulate the enemy’s perception just enough so that American operatives could slip through the cracks.

During my tenure at the FBI, I worked the other angle of this spy game. As a part of the Bureau’s Counterintelligence Division, I helped hunt, track, and disrupt foreign spies trying to operate within our country’s borders. Too often, I worried that our own perspective was too narrow or worse, susceptible to enemy manipulation. Were these foreign operatives concealing critical operational signals within seemingly mundane activities? Did a KIO, a known intelligence officer, from China or Russia place three oranges in his grocery cart to covertly communicate with a local source? Or did he just enjoy a juicy snack? My team couldn’t take any action for granted, no matter how innocuous it appeared. To do our jobs effectively, we couldn’t allow the enemy to dominate the stage or to define the borders of that bright shape onscreen.

Fortunately, novels don’t have the same limitations as visual entertainment mediums. The world within a book’s pages is as expansive as the author desires, and as textured as the reader’s imagination allows. We can hop from head to head, first entering the mind of the hero only to teleport into the twisted thoughts of the villain. Stuart Turton’s The 7½ Deaths of Evelyn Hardcastle is a masterclass in this literary technique. In this innovative story, Aiden Bishop wakes up every morning and repeats the same day—a day that always ends with Evelyn’s murder. But this is no warm-hearted Groundhog Day-style tale, and there’s a major twist in the plot: Aiden lives each new day through the perspective of a different character. Only by experiencing these diverse viewpoints can he recreate the crime from every angle and attempt to solve the mystery.

Federal investigators must learn to think the same way. They must enter the minds of the perpetrators, the victims, the witnesses—the entire cast of characters—until they can confidently reveal a three-dimensional picture of the truth. Otherwise, they’re just sitting in the dark, staring at a flickering box of light.

The FBI cases I enjoyed the most were the ones that made my colleagues want to tear their eyebrows out. Contradictory evidence, inconsistent testimony, and lots of missing pieces—I still smile just thinking about it all. Sometimes, I could convince folks to humor me and play a little game I called, “now that’s totally bonkers!” (Cue corny game show theme song.) We’d sit around and brainstorm the most outlandish explanations for cases. The person with the most bonkers rationalization won. Once you find yourself passionately defending seemingly absurd possibilities, even the strangest reality no longer seems so far-fetched.

So, should the FBI toss a couple paranormal crime thrillers onto the required reading list at Quantico? Absolutely. Because if it does, even the most creative terrorists, criminals, and enemy  spies won’t stand a chance. 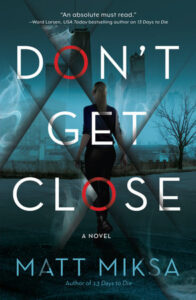 Any opinions expressed in this article are the author’s own and not those of the FBI.

Matt Miksa is a former FBI intelligence analyst who helped prevent foreign spies from stealing America’s secrets. Today, he writes thrillers that blend history, politics, science, and espionage. His latest paranormal crime thriller, Don’t Get Close, is available March 8, 2022. Any opinions expressed in this article are the author’s own and not those of the FBI. 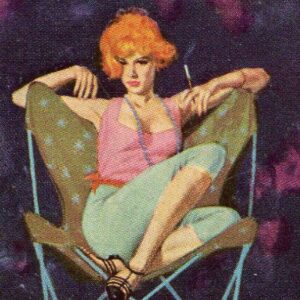 By the end of World War II, it was obvious that pulp fiction magazines—which had served for a couple of decades as fecund...
© LitHub
Back to top