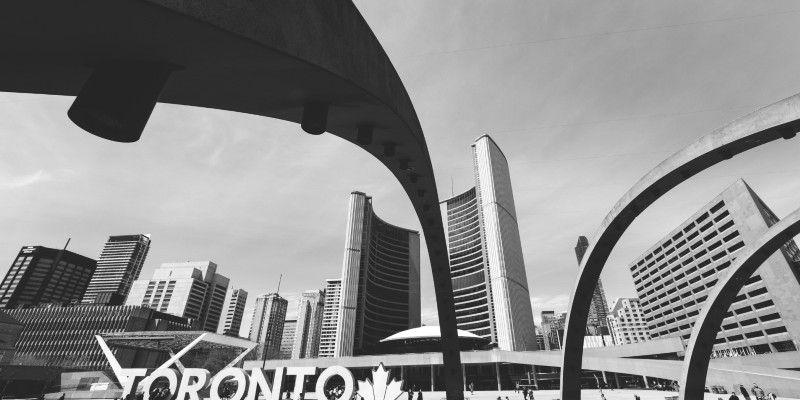 What Is the Canadian Dream? And How Do You Write About It?

We’re back, and by “we” I mean Shari Lapena (The End of Her), Kathleen (K.A.) Tucker (Until It Fades), Laurie Petrou (Sister of Mine), Sheena Kamal (No Going Back), Jennifer Hillier (Little Secrets), Nicole Lundrigan (Hideaway), Ausma Zehanat Khan (A Deadly Divide), Amy Stuart (Still Here), and me. In part one of our conversation we discussed breaking into crime fiction, genre labels, and reader expectations about characters and likability. In the rest of our conversation we cover some serious ground, from policing the police to defining the Canadian Dream.

(Read part one of the roundtable discussion here.)

“It took me 84 days of lockdown before I could write a word of fiction.”

Lisa Levy: What’s on your mind lately? How are you getting through these times?

Nicole Lundrigan: Is anyone else struggling with being creative these days? I feel like my creative side has been completely numbed.

Sheena Kamal: Nicole definitely at first, but slooowly getting back into a groove. So, so slowly.

Jennifer Hillier: Nicole it took me 84 days of lockdown before I could write a word of fiction. I’ve only just started working on the new book again.

Laurie Petrou: Ausma I would LOVE to read a suspense book that tackles that.

Nicole: That’s good to hear Sheena. I just worked through edits, and it was a painful experience.

Nicole: So good to hear I’m not alone Shari.

Sheena: Ausma I talk about it in my Nora series, but it’s painful. She doesn’t trust the police, ever.

Ausma: Laurie two books in my series tackle the over-policing of minority communities: The Language of Secrets and A Deadly Divide. The latter is about hate crimes and white supremacy, all viewed through the lens of a Canadian South Asian detective.

Laurie: Oh my! I can’t wait to read them! This is so great.

Amy Stuart: I had to completely lower my expectations around writing to get anything done. I write 100 words a day sometimes! These days the world feels overwhelming, and I’m home with three kids.

Nicole: Amy so tough to juggle it all, especially with remote learning.

Amy: It will be interesting to see how the next year changes writing about police.

Ausma: Amy and to see what kinds of writers and stories get deals after this hugely transformative year!

Amy: Ausma I am so happy that publishers will have to reconsider their archaic notions of what sells.

Ausma: Amy me too!

Laurie: So true, Ausma. It’ll be nice (hopefully) to see the needle move.

“I like to tackle the subject of the Canadian Dream.”

Lisa: Do you think Canadian crime fiction has any cohesion? A lot of what I am finding out about Canada is from your books!

Laurie: I love that we are starting to see Canada itself more prominently in books. Maybe that’s where we cohere sometimes? I think that streaming TV has helped this. You get shows that are from all over and we love them. People are starting to recognize that we are willing to read books from all over also. My last book, Love, Heather, has a school shooting and takes place in Canada. My American publishers didn’t flinch or try and make it take place there.

Sheena: I like to tackle the subject of the Canadian Dream in my books. My heroines are all female, BIPOC, so it’s a different lens. Canada is a really interesting country.

Ausma: Sheena how do you define the Canadian dream?

Sheena: Ausma it’s different for each book, depending on the character.

Ausma: My US publishers didn’t flinch at the Toronto setting, but when I originally had a TV deal (that later expired), they wanted to change the setting to the US.

Kathleen: I have a producer and writer working on one of my books and they want to move the Toronto setting somewhere to the US so… I’m not sure if we’re quite there yet with film.

Sheena: Kathleen I suspected as much.

Ausma: Lisa Toronto is my hometown, and I feel so comfortable in my skin when I’m there. My mum goes out grocery shopping in her shalwar kameez without any difficulties. When I get on the subway I hear at least a dozen different languages. I never police my own identity in Toronto.

Laurie: Of course, my US publisher of Sister of Mine made me take out any CBC references.

Ausma: I didn’t mind at all about structural changes, as long as the character’s integrity wasn’t compromised.

Amy Stuart: Ausma I’m in the early days of looking at a TV option and they too want to tweak certain things. My locations are always ambiguous, but there are certain plot elements they don’t want to translate to screen. I get that.

“We aren’t the US but our brand of systemic racism needs to be addressed.”

Lisa: I have a notion that while America tries to be a melting pot, and forces everyone to assimilate, Canada is much less aggressive. Canadians are allowed to live on the hyphen.

Ausma: Ah, perfect, Lisa. Yes, to the hyphen. It’s such big part of Canadian consciousness, I think. A part I love.

Lisa: I love it too, Ausma. As an immigrant I’ve been very chatty with people and it’s incredible how diverse Toronto is, and how relaxed people are about it.

Jennifer: Lisa I once heard a friend say that Canada is more of a salad bowl than a melting pot, and I thought that fit pretty well.

Sheena: Lisa that’s what they say. It sounds harmonious, but a lot of people aren’t included in this picture of harmony.

Laurie: I was thinking the same. We are turning a huge blind eye to the systemic and violent racism here.

Kathleen: Jennifer I grew up hearing Canada is NOT a melting pot (we don’t all want to be the same, we want to embrace culture) so that makes sense.

Sheena: Well, that’s the thing. We aren’t the US but our brand of systemic racism needs to be addressed.

Ausma: Lisa I’m pretty careful about any overt signs of my Muslimness in the Republican county where I live [in the US]. I can’t read people so I didn’t even dare put a small Canadian flag on my door during the Olympics.

Lisa: Can you say more, Sheena? What needs to change?

Sheena: I deal with racism in my novels, but I don’t think it’s enough anymore to solely address it in fiction.

Ausma: Sheena yes, that’s certainly true re who’s included in the picture of harmony, but at least there’s no top-down sanction for racism or overt dog whistles, such as we’re currently seeing in American politics.

Sheena: Ausma absolutely. But what happens when the words are empty?

Sheena: Canada is an interesting place, which is why I’m so glad we’re doing this. It deserves more attention.

Ausma: Sheena girl, do I need to send you a MAGA hat? I’m kidding. You make an excellent point.

Sheena: Ausma I would burn it on my lawn.

Shari: One thing that makes me hopeful is that I really feel young people today are far more accepting of everyone. They tend not to see color, race, gender—they tend to see the person. That is the impression I have. I’m sure it’s not always true, but I’m proud of the kids today.

Laurie: Shari that is my experience as a professor also.

Sheena: Shari there’s a lot more harmony in Toronto that way, for sure.

Lisa: I think Americans feel that way too. That today’s youth are actually different and want a different world.

Nicole: I would say the same Shari.

Ausma: Shari I love that you said that. I was on a Zoom call with my family, and the kids kept telling their parents (my generation), that we didn’t understand how deep we have to go to fight structural and systemic racism. Basically, they thought we were paying lip service rather than doing the hard work. Bit of a wake-up call for me. It’s heartening to see how engaged and determined they are.

Laurie: My students are grappling with racism and gender-based discrimination, but they are also tackling it in a more open and overt way than 10 years ago.

Amy: Sheena and Ausma, my students taught me a lot about code switching, which I see is a form of policing identity. Basically, you’re having to adapt to your environment to limit the ways you experience racism.

Sheena: Amy I love that term. I had to become an expert on it growing up, and it has served me really well.

Kathleen: Neither have I. I’m Googling it right now.

Ausma: Amy, exactly! I have a Khattak/Getty novella where Khattak talks about how he code-switches.

Sheena: Ausma and Shari the youth have to save us. We obviously can’t be trusted!

Amy: I agree that kids these days are so far ahead of us in terms of recognizing inequalities and being open and prepared to change things.

Shari: I think what doesn’t get spoken about is how much poverty plays into this. A rich person of color is often treated much better than a poor person of color. But poverty is systemic and based on racism. If we could deal with the disparities in income and opportunity, we’d all be better off.

Lisa: OK, shall we knock off for today after passing the problems of the world to young people and trying to get more TV set in Canada?

Nicole: Perfect – I have a 12yo and Khan Academy lesson waiting!

Jennifer: Thank you, all. I’ll catch you on Twitter/FB/IG/etc.

Nicole: Nice to ‘meet’ everyone, and I hope our paths cross IRL soon.

Ausma: Bye everyone and happy writing! 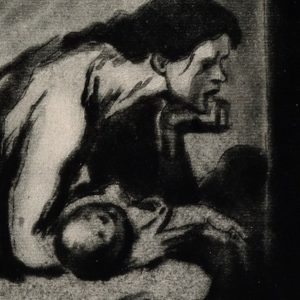 My new novel, Little Disasters, begins with an inconsolable baby screaming at a night and a mother who feels extreme distress...
© LitHub
Back to top