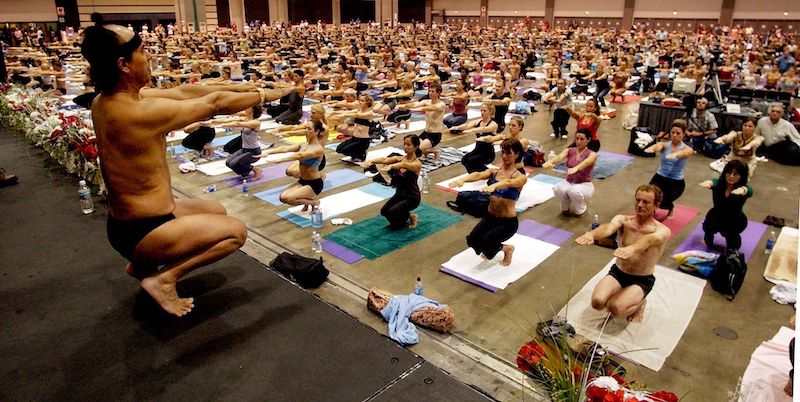 From faith-based extremes to hot yoga practitioners, the message is clear: anyone can end up in a cult.

Ever wondered if you could be tempted by a cult? If the current viewing and reading choices are anything to go by, probably. From strictly religious, to New Age and downright bizarre, cults represent that fascinatingly dark side of devotion. And we never tire of wondering: what causes seemingly ordinary people to give up their wealth, their bodies, and sometimes even their lives to group of strangers? With life being more isolating than ever, it is perhaps not surprising we’re more drawn than ever to peeking inside extreme groups, promising a simpler, decision-free life.

My own interest is strictly professional, of course. Researching my book, Black Widows, cast me deep into the world of fundamentalist Latter-Day Sainthood, and by proxy, religious cults. Every faith has its dark side and with its not-too-ancient history of scriptured polygamy, the LDS (Mormon) church is well-known for extremist off-shoots where members take several wives and elect to live off grid. In my novel, one such husband is believed to have been murdered by his wife—but which? But one thing I discovered in my research is real-life cults are stranger by far. Here are some of the best films, documentaries, and books I turned to for behind-the-scenes examinations of cults: 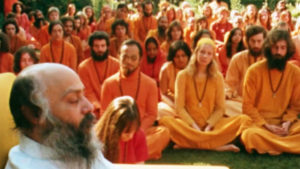 This real-life documentary has more twists and turns than a Dan Brown novel. In 1970s India, a benevolently smiling guru has begun attracting a large following. Word gets out on the Californian hippy trail subscribe and the group starts their own form of therapeutic free expression. But that’s where the clichés end. As the cult grows, so does the income. The group gains enough wealth to move to backwater America and builds their own city, complete with police force, housing, and infrastructure. If this wasn’t strange enough, the local one-horse town fights back, taking issue with the mass arrivals of red-clothed devotees passing through their locale. Wordwide news coverage follows, with the guru taking second fiddle to his media-savvy second in command, who quickly gains a large measure of power for herself. With the townspeople digging their heels, and the devotees willing to give their lives to their guru, things turn ugly fast. It’s compelling watching. 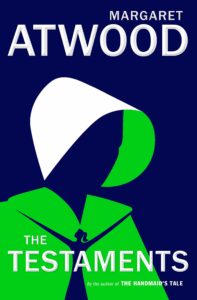 The Testaments by Margaret Atwood

Margaret Atwood’s incredible sci-fi meets character novel, The Handmaid’s Tale, was a massive hit on its release, and one of my all-time favorite novels. The sequel picks up fifteen years after the Handmaid’s Tale and is every bit as gripping at the original. Atwood claims that every shocking scene from the book has been inspired by a real-event, and you believe her. There’s a strong nod to several real-life religious dictatorships which sprung up almost overnight in the Middle East, and to a great extent, Atwood’s gripping tale seems cautionary and humbling. The religion and location is irrelevant. Wherever faith is used as an excuse for subjugating women, freedom is at stake. 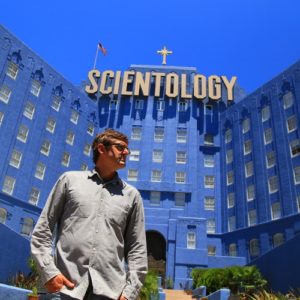 My Scientology Movie on HBO

Documentary-maker Louis Theroux is famous for treading dangerous ground and asking questions where no other presenters dare. But this documentary sees him exposed to the truly terrifying consequences of digging beneath the surface of scientology. In his quest to find answers, Theroux and his film crew are followed, intimidated, and threatened by Scientologists who take exception to his investigative style. It’s a compelling glimpse behind the mask of modern religion, and a frightening insight into how quickly wealth and power can be amassed by an organization promising secrets and salvation. Perhaps most poignant are the interviews with ex-members, struggling to put their lives back together after years of abuse and gas-lighting. Theroux adeptly shows how very ordinary people can be recruited at their lowest point, and quickly find themselves unable to leave. 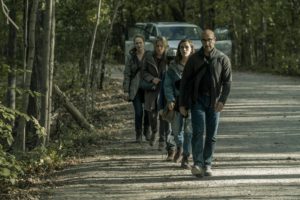 This scary horror flick brings a new meaning to predatory cults. Based on the dystopian book of the same name, The Silence presents a terrifying world filled with monsters who hunt and kill humans using sound. Throw into the action one of the most frightening cults in popular imagination–a tongueless sect who aim to recruit others into their silent world – and you have the makings of a relentless tense movie. A deaf heroine takes the lead, hunted by the cult leaders and monsters alike. 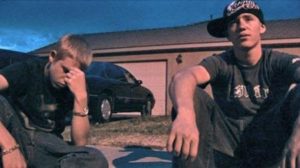 Sons of Perdition on BBC

The fundamental Mormon cult that operated for generations, has given endless inspiration to documentary and movie makers. It was one of the major inspirations behind my novel, Black Widows, and I’ve been hard pushed to find a favorite from the many media forms the exposure of the cult took.

Out in the wilds of Texas, a ranch becomes a town, as more and more fundamentalist Mormons birth countless children in strained polygamist marriage arrangements. Things turn even darker when corrupt leader Warren Jeffs takes the helm, and uses his power to build his own personal harem of underage ‘brides’ to serve his every need.

Many victims have written their accounts of escaping this cult, and there are too many good books to count. A movie fictionalizes Jeff’s dramatic escape and life on the run before his eventual arrest. But this documentary, showing life for not only the daughters, but the sons who escaped the hell of cult life, is one of the best. 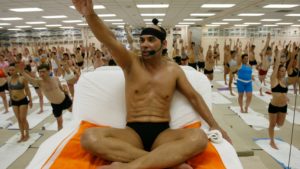 This fascinating account shows how Bikram Choudhury duped America. If you’re going to tell a lie, make it so big, no-one would ever doubt you. This was the philosophy behind the famous yoga-teacher’s international success, which lasted decades. Claiming he had earned his green card treating Richard Nixon, and boasting a fictional celebrity client-base, the “guru’ was never questioned. It was only after many years of cult-like following, that claims of harassment, assault and rape began to emerge. An incredible insight into a cult with a difference, where people pay tens of thousands to train fourteen hours a day in 40 degree heat. 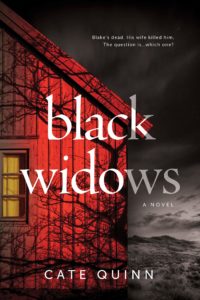 Cate Quinn is a bestselling historical thriller novelist in the UK under the name C.S. Quinn-her Charlie Tuesday series for Thomas & Mercer UK sold over 350,000 copies across four books, and 35,000 ebooks in the U.S. She is also a travel and lifestyle journalist for The Times, The Guardian, and The Mirror, alongside many magazines. Black Widows is her first novel as Cate Quinn. 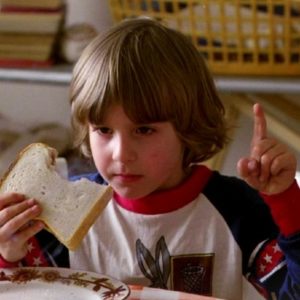 Why are imaginary friends so creepy? What is it that’s so unsettling about the sight of a child confidently babbling away...
© LitHub
Back to top