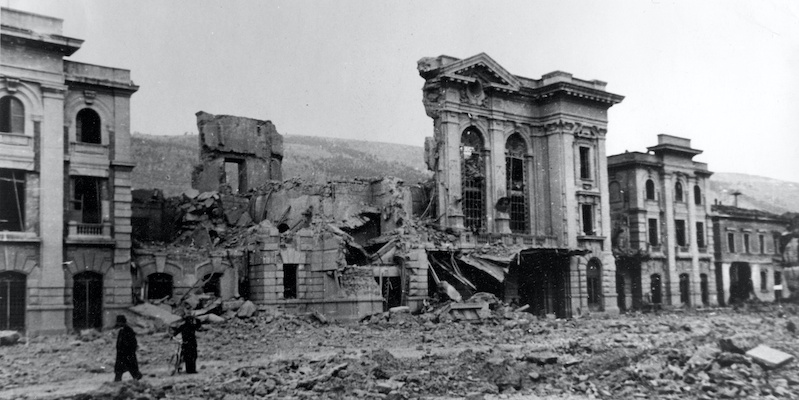 William Christie says it's all about timelines, a sense of place, and including the right details.

I’m not a historian, just a novelist who happens to be a history fanatic. So when I write a spy novel set during World War II, fake history is unacceptable. Even though my protagonist Alexsi and the situations he finds himself in may be fictional, the story has to be set within the context of real locations, real historical characters portrayed accurately, and an actual historical timeline.

As a history fanatic I feel obligated to offer my readers history that they may not necessarily be familiar with. My previous novel, A Single Spy, was set among the German exile colonies of Azerbaijan, Stalin’s Russia, Nazi Germany, Iran, and a German plot to assassinate Roosevelt, Churchill, and Stalin at the Teheran Conference in 1943.

Readers clearly appreciated it, so obviously for The Double Agent I couldn’t take the easy way out. Alexsi, who is interested only in personal survival, not ideology, had to make his way out of Iran after betraying both the Germans and the Russians, and being left disappointed in his offer of service to the British.

Of course his journey could not be carefree. Alexsi would have to be dragged to London, think he was safe, then targeted by the Russians and their traitors in British Intelligence. He had to get out of London in order to survive, but the only way he could do that was to offer to spy again. It’s 1944. Where?

D-Day and France are famous, but the Italian Campaign is much more obscure. Poised to invade France that summer, the allies were boxed in at Anzio, thwarted in the mountains at Cassino, and desperately vying for the prestige of conquering Rome. The Germans were fighting a bitter defensive battle against the British and American armies, and a vicious campaign against partisans and spies in Rome itself.

Here was my setting. But a novelist who wants to be true to history not only has to fit his character and story into the historical timeline, but give the reader a sense of place and detail. It’s easy to say that such and such happens at this date and this time. Much more difficult is exactly how one flew from Teheran to London in 1944. What did the interior of MI6 Headquarters at 55 Broadway in London actually look like? What was it like to walk the blacked-out streets of London with the Germans still occasionally bombing?

If a novelist wants to be accurate, and I do, then you have to become familiar with the overarching history of the time. Then you have to dive down into obscure personal accounts to provide the detail you need. Solzhenitsyn may gift you with an account of what it was like to be arrested by the NKVD and taken to prison in the Lubyanka. The obscure account of a Russian spy who defected to Sweden will tell you exactly how the NKVD trained an agent during World War II. A rare survivor or the debriefing of a war criminal may describe what the torture cellars of Gestapo headquarters in Berlin were like.

I freely admit that you have to be a rare sort of bird who actually likes wading through pages of material that may offer up nothing, or maybe only a paragraph in a novel. But for me the joy of this is to take the dry details of history and make them alive, interesting, and exciting for the modern reader. Especially since so many events of today are often just echoes of our past.

Rome was my setting for The Double Agent. Now, you can visit Rome, and I highly recommend it as one of the great cities of the world. Visiting Rome will give you the feel of Rome, the geography of Rome, but it will not tell you much about the Rome of 1944. The Rome of 1944 was tensely awaiting liberation, but the allies were taking their sweet time in coming. The Rome of 1944 was starving, because the railways were bombed and the Germans were moving ammunition to the front in trucks marked with the Red Cross, so the British and American air forces were strafing everything that moved on the roads.

Reading the accounts of the human beings who lived in Rome at the time leads you to your characters. Herbert Kappler, the SS Colonel who was the police chief of occupied Rome. The son of a Stuttgart chauffeur. The evil genius of both Hitler and Stalin was that they knew if they took the son of a Stuttgart chauffeur and made him the absolute ruler of Rome he would literally do any dark thing that was asked of him, without question.

You read about Papal nobility, and their relationship to both the Catholic Church and traditional political power in Italy. It gives you an idea for an important character. The story becomes clearer.

You read about a German SS police battalion sent to garrison Rome, composed of Italian speakers from the Tyrolean Alps whose region had been gifted by Mussolini to Hitler, and who decided that it would be better to volunteer for the SS police to persecute Italians than be drafted by the German army to fight the Russians on the eastern front. Ironic, interesting. Then you dig a little deeper to find that one day while marching through Rome, singing their martial songs, they were hit by a bomb in a dung cart (you didn’t think IED’s were new, did you?). You start making notes. A drunken German general having to be restrained from blowing up an entire neighborhood. A hysterical Hitler demanding a reprisal. The almost jet black comedy of SS Colonel Kappler frantically trying to find enough victims among the Jews who had not yet been deported to death camps and partisans who had not yet been shot in time to meet Hitler’s arbitrary deadline. A massacre at the Ardeatine Caves, near the catacombs of the early Christian martyrs.

The author finds himself nodding, because he’s found his story. His character needs to be in the thick of it. Forced into both moral and mortal choices. Survival or sacrifice.

You start to write. 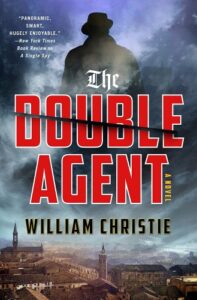 WILLIAM CHRISTIE is a graduate of the University of Pennsylvania and a former Marine Corps infantry officer who commanded a number of units and served around the world. In addition to A Single Spy, he has written several other novels, published either under his own name or that of F.J. Chase.

The Allure of the Arsenic Squad: Why I Write about 19th Century Women Serial Killers 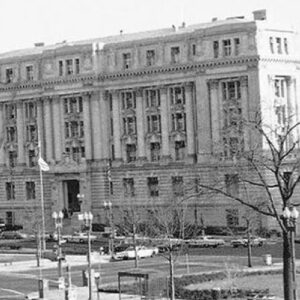 Another week, another batch of books for your TBR pile. Happy reading, folks. * Camilla Bruce, All the Blood We Share...
© LitHub
Back to top