Suspense and romance are all about building tension. Here are some tips for keeping your readers racing through the pages.

Writing suspense is all about building tension. Writing romance is also all about building tension—just a different kind. These rising tensions can be achieved in all sorts of different ways. Please note: my way may be very different than your way. Take my words as suggestions or thought provokers as you discover what works best for you. And if you write suspense without the romance or vice versa, I hope you’ll take away what you find most helpful.

Tension in a suspense novel focuses on the ever-ratcheting-upward actions of the Bad Guy (BG). What will he/she do next?  Who will get hurt (or even die) because they’re in the BG’s path? A few tips to consider as you crank up the BG tension:

Creating romantic tension involves building an emotional connection and increasing the level of physical interaction as the story progresses.

If you’re writing a romantic suspense, the task is to build the tension in both the suspense and the romance at the same time.  It’s like a braided rope. Each strand has strength and purpose, but once they’re braided, the finished product has more strength and becomes an entity all its own. If you can rip out either the suspense or the romance and still have a coherent story, the elements aren’t sufficiently braided together.

Finally, some authors plot out every point of their stories, identifying where the suspense tension increases and where the romantic tension increases. Some have no clue; they just sit down and write. I’m somewhere in between. I know some of the high points, but the path from here to there is part of the fun for me. I know who the bad guy is and usually why he’s doing what he’s doing, but not always. Some things are a total shock, like the baby in the car seat. And I figure if I’m shocked, my readers will be, too. If I mourn the victims, if they’re real to me, my readers will think so, too. And if I’m happy at the end and satisfied with the villain’s punishment, my readers will be happy, and that’s the most important thing for me! 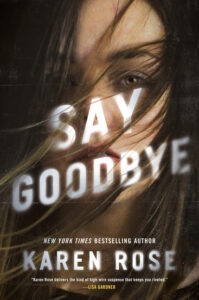 Karen Rose is the award-winning, #1 international bestselling author of some twenty novels, including the bestselling Baltimore and Cincinnati series. She has been translated into twenty-three languages, and her books have placed on the New York Times, the Sunday Times (UK), and Germany's der Spiegel bestseller lists. Her latest romantic suspense, Say Goodbye, is now available. 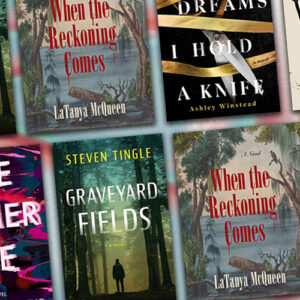 CrimeReads editors select the month’s best debuts in crime, mystery, and thrillers. * LaTanya McQueen, When the Reckoning...
© LitHub
Back to top