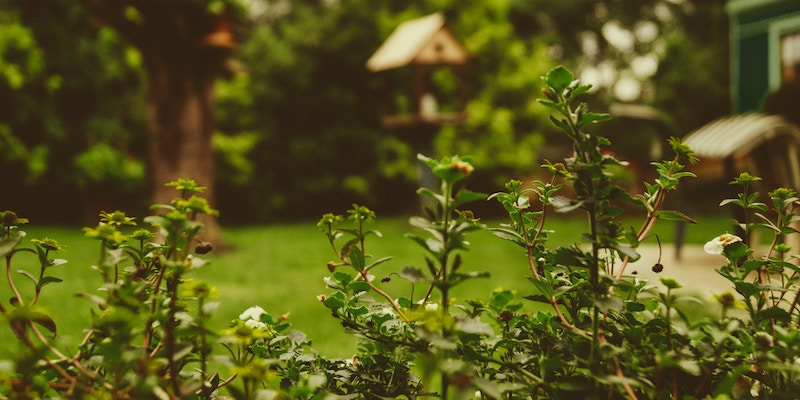 I had always loved reading (and writing) crime stories. Then police found a body buried in my mother's backyard.

A month before my first mystery novel was published, the police found the body of a missing and murdered woman buried in the garden of my childhood home.

Her name was Krystal Boswell and she was 29 years old when she disappeared from Fall River, Massachusetts, a former mill town about 20 miles from my home in Rhode Island.

She was beautiful and the only child of a single mother who said, “Krystal was too trusting.”

The story was all over the news and social media, but I missed it.

As a mystery writer and fan of true crime stories, I’m usually attuned to headlines about missing women, a phenomenon of epic proportions—40,000 adult females are listed as missing in America at any given time.

But that Spring, I was focused on only one thing, the release of my novel on May 23. After five years of writing and revisions, the joy of imminent publication was sweet.

The story came alive for me a week later when my daughter called and said, “Turn on the television. Grandma’s house is on the news.”

It couldn’t be—there was nothing newsworthy about the New England cottage which had been in my family since my grandfather built it in 1909.

But there it was. The plain, gray-shingled house lit up with spotlights and surrounded by local news vans. Police and crime scene technicians stood guard on the porch and searched the empty rooms. crime scene tape surrounded the property.

It was no longer my mother’s house. When she died in October, it went on the market and just two weeks before new owners took possession and began remodeling.

But for me and everyone who lived in that house over the years, it would always be home.

The grisly discovery made me question my choice of genre as if by writing about murder I was somehow complicit in bringing violence into the world. I began to think about my work as a mystery author in a new way.

Suddenly, the years spent creating the fictional characters and a story that centers around a violent crime, felt like exploitation. In real life murder brings grief and devastation to the lives of real people.

Some questions I’d managed to avoid until then demanded answers.

Why did I choose to write a murder mystery?

By writing a murder mystery, was I trivializing the horror of murder in real life?

I wasn’t the only one drawn to murder.

The mystery genre is one of the top five best-selling and fastest growing genres and women are the biggest fans of murder mysteries and true crime stories.

My Favorite Murder, a podcast devoted to analyzing murders, with over 200 million subscribers worldwide, is the clear leader in the new and increasingly popular true crime podcasts. Vulture.com lists 52 of the Best True Crime Podcasts.

It’s undeniably true—women are fascinated by stories about murdered women. Perhaps we are drawn to the stories of other women because we so readily identify and empathize with their experience. Our fear of succumbing to the same or similar fate motivates us to learn about these crimes and the men who commit them in order to avoid being victims ourselves.

Evolutionary psychologist David Buss found that 65 percent of women prefer true crime stories focusing on psychological insights into the mind of the criminal rather than those that do not discuss the killer’s motivations.

In her study published by Social Psychological and Personality Science, Amanda Vicary found that compared to men, women liked to read about the psychological content of true crime stories, for example, an interview of a killer being questioned by the FBI. She also found that women were more likely to read true crime books when the victim was female. She concluded that women liked to read about preventing or surviving a crime.

I got my love for reading about violent crime from my father, a police officer and an avid reader of books and newspapers. Every Sunday the New York Post, famous for its crime coverage, featured a centerfold story with pictures from a murder case. These stories were fascinating to me because they were an introduction to the idea that adult life might include danger and intrigue. Murder is dramatic, an extreme action occurring in a moment of heightened emotion. It excited me to read about these strangers, both the victims and their killers, and the place where their destiny’s collided.

Around the same time, I discovered the Nancy Drew mysteries. I identified with the girl who used her mind to unravel and understand mysterious happenings and emerge with knowledge and confidence. Using logic and deduction to solve a mystery is a way of engaging in a frightening experience while minimizing the potentially paralyzing emotion of fear.

When I write mysteries, I use the same skills and have the same emotional detachment from the story I am creating. I care about my characters or feel their struggles as they exist in the fictional world I am creating, but I always know they’re not real so I don’t suffer when they die on the page.

When my childhood home was touched by murder, the intellectual barrier that kept out the horror of murder was shattered. Naturally, I was curious about the story and hoped that by understanding what happened, I would feel less of the vicarious trauma the murder created.

When my childhood home was touched by murder, the intellectual barrier that kept out the horror of murder was shattered.

Krystal Boswell met her killer just a few weeks before he brutally murdered her. Little is known about the nature of their relationship. Friends who reported her missing stated only that on the last day of her life she got in a car with a man named Jimmy from Rhode Island. His full name was James Lombardi and he had a history of felony assault on strangers and also a former girlfriend.

It was Saturday, April 1, very late on Saturday night, when Krystal and Lombardi argued at his father’s home in Cranston, Rhode Island. The fight became physical and violent. Lombardi struck her in the head with a hammer multiple times. When she didn’t die from the blows, he strangled her. Then he wrapped her body up in garbage bags and used his father’s taxi to drive her the two miles across town to the burial site where he worked as a roofing contractor at the Preston Avenue home. He was unaware of the video camera that captured his arrival on the quiet residential street.

By the light of a crescent moon, he worked alone behind the vacant house, making her grave. The sound of his shovel scraping the hard ground woke a neighbor who watched and wondered about Lombardi’s solitary work in the chill and damp of the early spring night.

Days went by before a neighbor began to wonder if the missing Fall River woman was buried on Preston Avenue and contacted the Cranston Police Department.

The sad images of the empty rooms and the excavated lawn will stay in my mind forever.

In contrast, is a memory book of photographs taken at the farewell party I hosted a few months before my family home was sold. In it there’s a picture of my grandson walking up the porch steps while his baby sister watches through the front window. Beside the photo is the Ram Dass quote, “We’re all just walking each other home.”

My family’s home was small in size but its generous spirit welcomed all who found their way home to it. Briefly, it was home for Krystal Boswell.

At the core of a murder mystery is one of the most feared and fractured human experiences, the interrupted journey home. In the moment of murder, human connection is shattered.

Until murder hit close to home, literally in my back yard, writing about murder was a creative exercise that provided protection from the horror of murder. We turn to fictional stories of murder for just this reassurance. When I write about the terrifying moment when victims meet their killers, it is to enhance the reader’s empathy.

The self-doubt I initially felt about writing a murder mystery has receded. We need to know how to recognize a killer when we meet them. When I write my next murder mystery, I’ll be even more determined to show the mind of the killer.

Not everyone we meet on the journey home can be trusted.

Rhode Island based psychologist, J. L. Doucette is the author of the Dr. Pepper Hunt Mysteries. Her new novel, On a Quiet Street, is the second in the series following her award-winning debut, Last Seen. After earning a doctorate in counseling psychology from Boston University she moved to southwest Wyoming. The stark landscape of the high-desert, where a constant wind stirs crimes of passion, is the setting for her psychological mysteries. 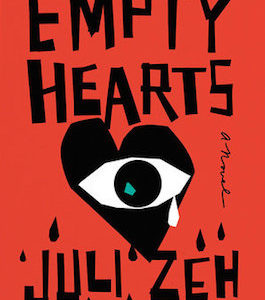 Knut and Janina come over at five. The weather’s splendid. For several days now, the sun has shown the kind of strength...
© LitHub
Back to top