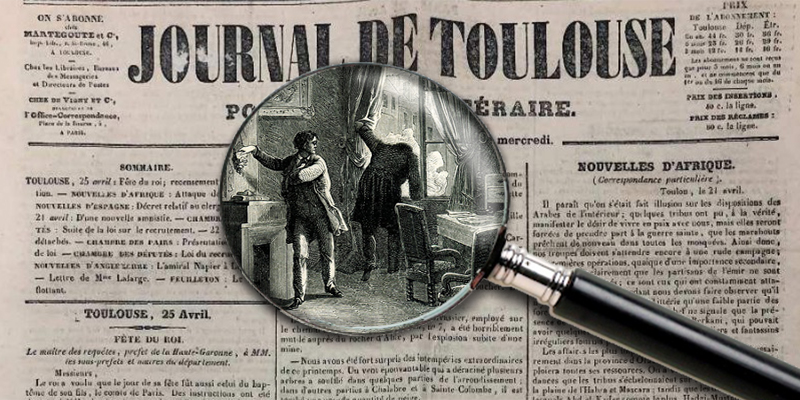 When Poe Invented the Detective Story, he Changed the Literary World Forever

Poe's contemporaries and forebears had a lot to say about the new genre, and his detective, the brilliant Dupin

Even though literature had, for centuries, brimmed with clever problem-solvers, from tricksters to reformed thieves to wise men to police prefects, Edgar Allan Poe’s detective story, “The Murders in the Rue Morgue,” still awed the literary world when it appeared in 1841. A gruesome double-murder has taken place in a home along the Rue Morgue (a fictional street in Paris). Several witnesses confirm having heard several voices, but no one can agree on what language one of the speakers may have been using. Several clues linger about, each more baffling than the next. The police are stumped. But C. Auguste Dupin, a chevalier and rare book aficionado, solves the mystery at home after reading the details in the paper, becoming literature’s first bona fide detective character and starting a genre revolution. He would appear again in two more stories, “The Mystery of Marie Rogêt,” published from 1842 to 1943, and “The Purloined Letter” in 1844.

As literary critic A. E. Murch writes, the detective story is one in which the “primary interest lies in the methodical discovery, by rational means, of the exact circumstances of a mysterious event or series of events.” Critic Peter Thoms elaborates on this, defining the detective story as “chronicling a search for explanation and solution,” adding, “such fiction typically unfolds as a kind of puzzle or game, a place of play and pleasure for both detective and reader.” The well-heeled Dupin is an armchair detective who solves puzzles because he can, using a process called “ratiocination,” in which he basically ‘thinks outside of the box.’ (And it’s a good thing he does, or no one will solve these crimes; the murderer of “The Murders in the Rue Morgue” turns out to be an escaped orangutan. It might be safe to say no one else would conclude that.) He narrates his discoveries to his good, book-collector friend (who is an anonymous and often-awed first-person narrator).

If Poe had not solidified the conventions that we recognize as marking the modern detective story, others likely would have done the same not long after. Literature was on its way to this discover; certainly, there had been a long lineage of characters who operated similarly, tracking down stolen objects and cracking impossible puzzles, and, like Dupin, doing so as private citizens, rather then as agents of the state. In 1747, Voltaire wrote a philosophical novella exploring the theme of problem-solving, Zadig ou la Destinée, featuring a wise young man in Babylonia whose knowledge gets him in trouble but often ultimately saves him. In William Godwin’s 1794 novel Things as They Are; or, The Adventures of Caleb Williams, a scathing indictment on the so-called justice system’s ability to ruin lives, state-sanctioned investigators are disavowed in favor of non-traditional problem-solvers. In 1819, the German novelist E. T. A. Hoffmann wrote Das Fräulein von Scuderi, in which a nosy woman named Mlle. de Scuderi (who might be considered a predecessor of Miss Marple) finds a stolen string of pearls.

And no nineteenth-century detective lineage would be complete without Eugène-François Vidocq, a criminal-turned-criminologist who lived from 1775-1857 and who founded and ran France’s first national police, the Sûreté nationale, as well as France’s first private detection agency. His life inspired countless (swashbuckling) adaptations, including an American adaptation published in Burton’s Gentleman’s Magazine in 1828, entitled “Unpublished passages in the Life of Vidocq, the French Minister of Police,” which Poe very well might have read. Interestingly there’s a character in that story named “Dupin.” Ahem.

The famed Columbia drama professor Brander Matthews wrote, “The true detective story as Poe conceived it is not in the mystery itself, but rather in the successive steps whereby the analytic observer is enabled to solve the problem that might be dismissed as beyond human elucidation.” Indeed, Dupin’s greatest impact might lay outside of mystery novels, and inside the broader, later field of literary criticism. Dupin’s ability to read extraordinary meaning into clues makes him rather the first semiotician, elucidating the relationship between signs, signifiers, and ‘signifieds’ more than a century before Ferdinand de Saussure published his work on the subject in 1966—particularly because Dupin finds his clues through linguistics rather than physical objects. For example, in “Murders in the Rue Morgue,” he deduces the whole solution because of two words allegedly spoken during the crime. (“Upon these two words [‘mon Dieu!’]…I have mainly built my hopes of a full solution of the riddle.”)

Dupin’s own impact on the annals of detective fiction cannot be overstated, including creating the gentleman sleuth archetype which would become so ubiquitous in mystery fiction’s Golden Age during the first half of the twentieth century. Years later, Arthur Conan Doyle wrote, “Each [of Poe’s detective stories] is a root from which a whole literature has developed… Where was the detective story until Poe breathed the breath of life into it?” Indeed, Doyle construed his detective Sherlock Holmes as an intellectual descendant of Holmes, having Watson (who also participates in a lineage offered by the Dupin stories, but of Dupin’s supportive narrator/chronicler and friend) cite Dupin upon first witnessing Holmes’s deductive genius.’‘You remind me of Edgar Allen Poe’s Dupin,’” Watson tells told Sherlock Holmes in their inaugural novella, A Study in Scarlet, in 1887.‘“I had no idea that such individuals did exist outside of stories.”’

Holmes is snide about this bit of praise: “No doubt you think that you are complimenting me in comparing me to Dupin. Now, in my opinion, Dupin was a very inferior fellow. That trick of his of breaking in on his friends’ thoughts with an apropos remark after a quarter of an hour’s silence is really very showy and superficial. He had some analytical genius, no doubt; but he was by no means such a phenomenon as Poe appeared to imagine.”

Except, of course, that he was. Holmes doesn’t know it, but he wouldn’t have existed without Dupin.

Patricia Highsmith and the Women Who Inspired Ripley 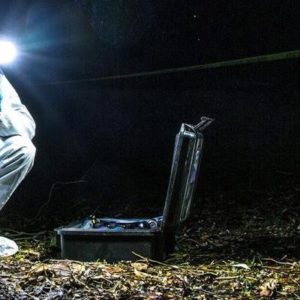 When Allison tells people she is a forensic scientist, “they don’t really understand. Everyone’s watched CSI, and they...
© LitHub
Back to top