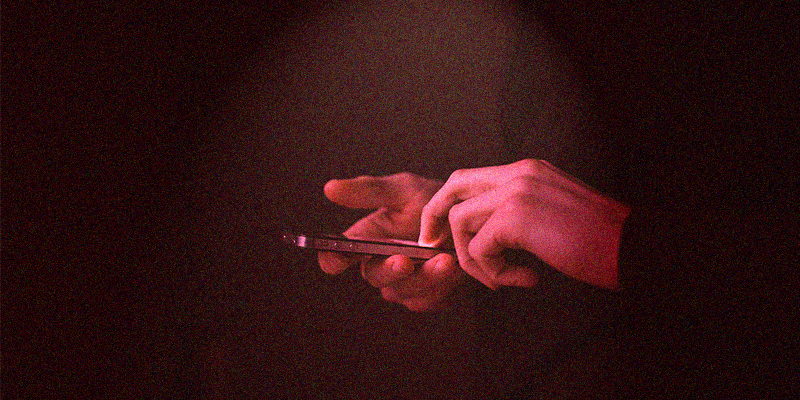 It’s no secret that social media revolutionized the way we see and interact with the world. Literally—the entire world is now at everyone’s fingertips, one login away. For many, this has been a blessing, as they reached stardom with little more than mirror selfies and tweeted shower thoughts. But for others, the ubiquity and addictive nature of social media has unintended consequences. I’ve always been interested in the many ways social media can go wrong, sometimes with deadly results. In my book THE LAST BEAUTIFUL GIRL, the protagonist rises to Internet fame by recreating the glory days of a socialite from a hundred years ago, but danger is lurking in the corners of her historic mansion and in the dusty folds of her old gowns. While vengeful ghosts might not be the biggest concerns of your average Instagrammer, there have been a few times when social media played an important role in tragic events.

In 2012, when Instagram was only gaining in popularity and TikTok didn’t even exist, Skylar Neese was sixteen years old. She was the only child of an ordinary family in West Virginia, a dedicated and gifted student who excelled even in subjects she didn’t like. Skylar aspired to be a criminal lawyer and held a part-time job at a fast-food place. Skylar’s parents may have spoiled their only daughter, but she was empathetic and tender-hearted, qualities that brought her close to her best friend since age eight, Shelia. Shelia was in many ways Skylar’s opposite, but opposites attract, and perhaps Skylar decided she might be a good influence on the wild Shelia who went around as she pleased with little parental supervision. This sounds like the beginning of a contemporary YA novel, but things took a decidedly sinister turn during the girls’ freshman year of high school when the two of them became friends with Rachel, a charismatic young girl from a deeply religious family.

Before long, Rachel and Shelia got close, so close that Skylar began to feel like the third wheel—not just in real life, but also on Twitter, where all three girls had accounts that they used regularly, having entire conversations in 140 characters or less (as 140 was the limit back in 2012) and posting selfies together, goofing around and posing. Everyone who’s spent any amount of time on that particular social media platform knows exactly how addictive it can be, and how it can turn from harmless fun to lethally toxic in a heartbeat.

Later, these Twitter accounts would be used as evidence during the investigation and the trial. For now, Skylar was spending the night of July 4th, 2012 all alone, watching TV, scrolling through social media, and tweeting her disappointment at being left behind by her friends who went to hang out without her—again. Then she said good night to her parents and went to bed.

What happened next is still not fully established. The last anyone saw of Skylar Neese would be on a surveillance recording that showed her sneaking out of her bedroom window and getting into a car that then drove away. When Skylar was reported missing, Shelia and Rachel maintained their story: she went with them for a joyride but then asked to be dropped off at the end of her street so her parents wouldn’t hear. That would have been the last they saw of her, and they didn’t know who she went to meet afterwards.

After months of searching for Skylar Neese, investigators collected enough evidence to start zeroing in on Shelia and Rachel, which prompted Rachel’s nervous breakdown. After that, she agreed to cooperate with the authorities in exchange for a plea deal. Rachel revealed that the two girls lured Skylar out of her parents’ house, drove her to the nearby woods, and stabbed her to death. The prosecution relied heavily on the evidence on social media, Twitter and Instagram among others, to prove that the murder was planned and then covered up deliberately by the two girls. Rachel ended up being sentenced to thirty years in prison while Shelia was sentenced to life in prison.

The next case is also tragic, if not all that uncommon. Every once in a while, we hear about Instagram influencers doing deadly stunts in their quest for the perfect photo to get them the most likes and shares, and every so often, these stunts end badly. But in this case, it’s not just one person but an entire party that was put in deadly peril in the name of showing off on Instagram.

Ekaterina Didenko was a Russian influencer with more than a million followers. Instagrammers are known for flaunting opulence and wealth, real or pretend, and this was especially true of Ekaterina. So when she turned 29, she decided the birthday party must be epic for the occasion—epic enough to impress her many followers. And what better way to do that than to post photos of the birthday girl and her guests jumping into a pool of picturesque steaming water? To achieve that effect, dry ice was dumped into the pool before the partygoers jumped in. It didn’t occur to anyone that dry ice was in fact frozen carbon monoxide, which is highly toxic when inhaled and can be fatal.

As a result, partygoers wound up in the hospital with carbon monoxide poisoning and chemical burns, and three people, including Ekaterina’s husband, lost their lives—all in the name of a pretty party picture. Some might be tempted to gloat about lessons learned, but in circumstances like this, with three young people dying on what was supposed to be a happy occasion, it just seems unbearably harsh.

To wrap this up on a (somewhat) lighter note, here’s a case that might seem like poetic justice. We often hear wild tales of entitled, spoiled influencers who think that rules don’t apply to them—and, in this case, that neither does the law. But this time, it goes above and beyond.

In 2016, French Canadians Melina and Isabelle took a lavish cruise paid for by a ‘friend’ and patron, which they meticulously documented on their social media. But the escapade of racy selfies and party pictures from the world’s most glamorous locales came to an abrupt end when the pair was arrested… for trying to smuggle $21 million dollars’ worth of cocaine into Australia. In one of their suitcases.

The brazenness of it would be admirable if it wasn’t so utterly ridiculous. According to the young women’s testimony, they were told by their patron to post as much to social media as they could, to serve as a decoy for the smuggling operation—because apparently, being Instagram-famous is a get-out-of-customs-free card. Well, it turned out not to be so. The girls, nicknamed Cocaine Cuties by the media, served jail sentences in Australia before being deported back home. From a different perspective, maybe all the followers they gained made it worthwhile after all. 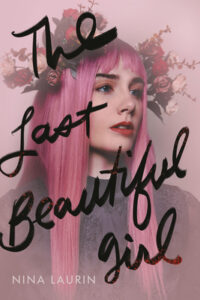 Nina Laurin is the author of What My Sister Knew, Girl Last Seen, and A Woman Alone. She studied Creative Writing at Concordia University, in Montreal where she currently lives. She blogs about books and writing on her own site, thrillerina.wordpress.com. 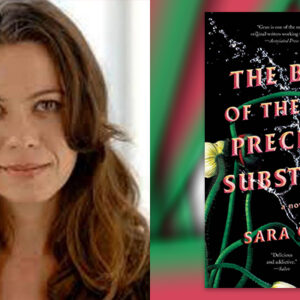 Last week, Sara Gran and I had an hour-long conversation on Zoom. We were supposed to be talking about her new publishing...
© LitHub
Back to top