It’s a long weekend here in the States and you might be tempted to go outside and enjoy some early summer freedom. By all means, follow that instinct, but you’ve got to come home some time, and odds are you’re going to want a thriller to get you through the weekend. We’ve got you covered. Here are the latest picks.

Like many, I’m just discovering Startup now and delighted to learn that it has three seasons to binge. The show, which originally appeared on Crackle, has only just arrived on Netflix, and it features (at various points) Otmara Marrero, Adam Brody, Martin Freeman, Mira Sorvino, Ron Perlman, and Edi Gathegi. The story follows a tech startup out of Miami, a project focused on digital currency that quickly gets swept into the world of international money laundering and into the warpath of a crooked FBI agent (played by Martin Freeman, who is making some really unsettling and fascinating decisions with his character). For a thriller binge this weekend, if you’re going to put in some serious time, think about a jaunt down to Florida with Startup.

Behind Her Eyes
Streaming on: Netflix
Seasons: 1

A solid, high-tension thriller dropped recently on Netflix, and it so happens to be based on the novel by Sarah Pinborough, a favorite here at CrimeReads. In Behind Her Eyes, a woman in need of connection meets a man by chance, sparks fly, then she turns up to her new job on Monday to find out he’s her boss, and he’s married. When she befriends his wife, again by chance, things start getting much more complex and sinister. Secrets abound, and the mystery of what’s being hidden behind a seemingly perfect relationship will keep you guessing and watching all weekend.

If you’re an organized crime voyeur…

If you’re interested in international thrillers, chances are you’ve already dipped into Gommorah, the gritty series following the rise of a mafia dynasty in Naples. The new season, just released on HBO Max, changes things up a bit, shedding most of the familiar cast, following a bloodbath that I won’t get into, for spoiler reasons. Suffice it to say, there’s a new figure at the head of the Savastano clan, and that means turbulent times in Naples.

If you’re scared of the woods, but also the town next to the woods…

This thriller, now streaming on Netflix, has a nice Twin Peaks vibration, set in Villefranche, an isolated town deep in the French countryside. Well, isolated understates the situation. The town is surrounded by 50,000 acres of forest and it has a homicide rate six times the civil average (and also compasses don’t work there), which prompts some questions from outside authorities, and forces the town’s mayor and local law enforcement to cover-up some mysterious goings-on. Needless to say, things get pretty strange and very dark. 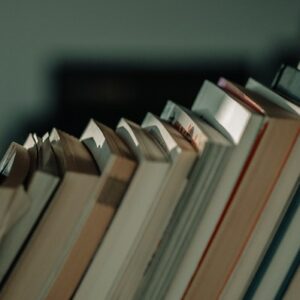 Have you ever thought about why you love mysteries? Do you relish the escape factor? Enjoy the challenge of the puzzle? Do you just...
© LitHub
Back to top