Do you want to see British people solving mysteries in the south of France or the hills of Italy?

It’s time for a summer weekend of international thriller binge watching, which means get ready for some picturesque location shoots where the characters get to wear interesting sun hats while solving mysteries. That’s what summer shows are all about. Below you’ll find a few suggestions for the hours ahead, or if you haven’t seen Slow Horses yet, do yourself a favor and ignore these suggestions and go watch Gary Oldman chew it up for a few hours, then if you have time leftover you could try these.

Roger Allam and Nancy Carroll are having themselves a hell of a good time in this mystery series, the first from Britbox to air on both the US and the UK services, following a string of murders in Aix-en-Provence and the sleuthing efforts of an investigating judge and his partner. Better not to worry too closely about who’s French, where their accents have gone, or why, and just sit back and enjoy the beautiful scenery, the eccentric side characters, and the regular nods to local wines and cuisine.

Emilia Fox stars in this new series about a woman who goes on holiday to Lazio and Umbria, planning to attend a wedding, falling in love with the countryside and searching for a home of her own…and oh, right, she’s also a disenchanted spy who can’t help but take up the mystery of the vanished groom and the dead woman washed up in the lake. Suffice it to say, there’s a lot going on in this one, and all of it is extremely British, and that might be just what you need right now.

I’m still not entirely clear on what Freevee is, but it does seem widely available, and what convinced me is that it appears to have launched with not one but two shows about private investigators (I’m counting Harry Bosch’s new turn as a p.i. show, sort of), which is right in my wheelhouse, not to mention that Troppo takes place in a region that doesn’t get much pop culture shine, Far North Queensland, Australia, and begins with the intriguing premise that the tropical heat drives crocodiles and people a little mad sometimes. There’s a plot to this one, of course, and it involves a murder mystery, and an odd couple investigating duo, but if you come to watch this, you’re really coming for the atmosphere – a world of wet, simmering heat where there could be an international conspiracy afoot, or it could just be the heat-mad crocodiles.

This Spanish series will likely be making its way through your algorithm-driven home page at some point in the near future, if for no other reason than it stars Money Heist‘s Itziar Ituño. It’s an intense drama that follows a politician faced with leaked sex footage, who then finds herself embroiled in far larger social issues about misogyny and privacy.

All right, it’s cheating a bit to include this one, and I probably don’t need to give any particular summary since most of the world has now watched a bit of the series, but let’s count it as a thriller, a political thriller, because there’s always some kind of conspiracy unfolding or a mystery to solve or a backroom deal to broker in this beloved drama, now returned after a long hiatus for a fourth season, which does in fact involve some pretty good international conspiracies and the usual moral dilemma: do we get in bed with the Americans? Anyway, if you haven’t seen it in a while, why not treat yourself to a binge watch this weekend?

Javier Cercas and The Art of the Back Story 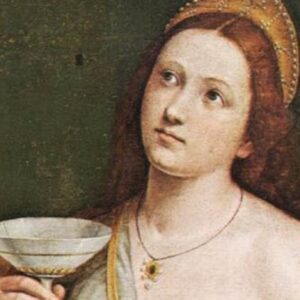 What is it about a baffling poisoning that is so—dare I say?— intoxicating? For me, it’s the mystery of figuring...
© LitHub
Back to top