You deserve to watch multiple seasons of a lavishly produced show about spies, heists, or yacht explosions. But which one?

With a long holiday weekend coming up and a good portion of the reasonable world still exercising some form of lockdown, official or otherwise, now seems like the perfect time to revive an annual tradition: recommending thriller series for you to binge. The goal is to pick out a few shows you may not have already watched, shows that are available in bulk on one of the streaming services, with a special emphasis on international suspense because, well, we could all use some vicarious travel right about now. Peruse the choices below and find the international thriller that best suits your current mood. For best results, have leftovers and fresh bottles of half-decent wine at the ready to complement.

If you’re locked down and dreaming of luxury travel…

Riviera is an absolutely lavish thriller filmed in the south of France, starring Julia Stiles as an art dealer married into tremendous and shadowy wealth, whose world begins to unravel after a yacht explosion. The answer to the question above, which international thriller should you binge this holiday weekend, is probably Riviera, unless you just don’t enjoy enjoying things. The family drama is thick, the plot is tightly wound and over-the-top, and the locations cannot be beat. Seriously, every other scene is in a new villa, and Stiles will inspire you, whoever you are, to make some excellent wardrobe changes.

Counterpart joins the ranks of great series canceled too soon, but it had a good run of two seasons, which is a pretty good length for a long weekend binge. J.K. Simmons stars as a low-level bureaucrat working a cryptic job in Berlin who soon finds out that there are two dimensions connecting within his building, and in the other dimension he’s a operative running some kind of defection gambit. The premise is as wild as it sounds, but the show takes a more philosophical tone while also managing to light up the special sensors that burn for anyone who loved paranoid 1970s conspiracy espionage flicks.

You’ve probably seen this one in your Netflix queue and thought, that looks pretty goofy. To be fair, the secondary characters often highlighted in the Netflix previews are incredibly goofy. The rest of the story, about a plot to uncover nefarious experiments tampering with human genetics, is actually pretty compelling. But mostly you’re going to want to watch this one for the vicarious thrill of university life in Germany. The show is filmed in Freiburg im Breisgau, the storied university town on the edge of the Black Forest. Everyone there is young and brilliant and they ride bicycles to cool looking bars to discuss bioethics. That’s the atmosphere you’re buying into when you sit down to watch this odd little series.

Here’s another series that Netflix seems hellbent on presenting to U.S. audiences as goofy, although maybe you’ve already heard of this one from friends abroad, since Money Heist, better known as Casa de Papel, is one of the world’s most popular shows. It’s about a team of crooks led by a charismatic nerd known as “The Professor,” who has come up with a meticulous plan to rob the Spanish mint of billions. It starts out looking like a straight homage to Reservoir Dogs and/or Inside Man, but soon becomes far more, with long sequences allowing the characters to pontificate on the nature and meaning of heists, plus just a lot of fun group shots of Spanish people busting one another’s balls over good al fresco meals. You’ll have four seasons of this one to enjoy, and the pace remains pretty relentlessly breakneck throughout.

If you’re in the mood for a long, brooding walk through the world of spies…

Here’s another thoughtful espionage series that was canceled too soon, though Berlin Station, created by novelist Olen Steinhauer, had three seasons to stretch out its spygames and conspiracies. The show charts the fallout of a Wikileaks-like intel dump coming from the inside and threatening to take down operations all over the world. A strong international cast elevates this one above other intelligence procedurals, and the writers prove themselves comfortable with lots of those brooding silences we spy fans adore.

The End of Things: My Favorite Islands in Crime Fiction 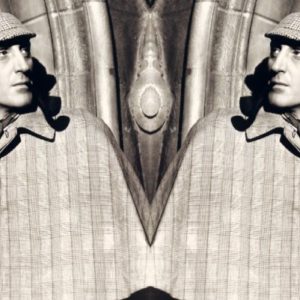 I'm not going to pretend there's a particularly good reason why this article should exist. I like fall jackets. This is a crime...
© LitHub
Back to top