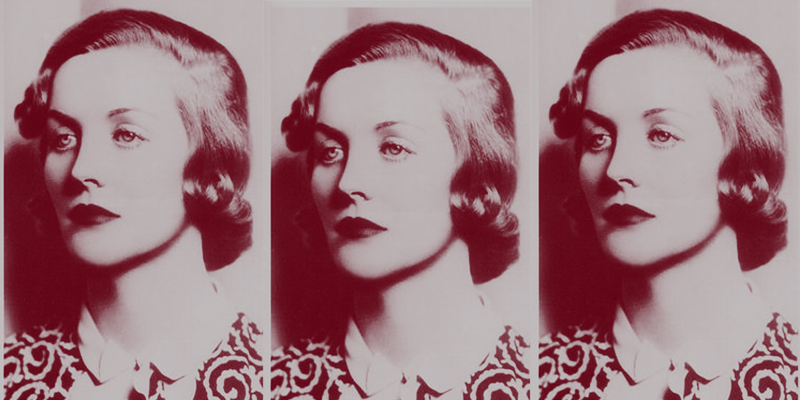 On our cultural obsession with Diana Mitford, the English aristocrat who went from well-dressed socialite to loathsome fascist.

Diana Mitford, a woman who came of age in the heady between-the-wars era, lived in a past that was not merely another country but another galaxy. In so many ways, her and her five sisters had aspirations, lifestyles and politics that bear little relation to anything a modern woman would lay claim to. And yet, they continue to hold fast on our fascination. Diana, particularly, was the most infamous of them all and in writing her at the centre of my latest novel, I thought frequently about what it was that drew attention back to her in spite of much that was, at times, dislikable, if not downright loathsome.

She was not a dangerous woman in the more straightforwardly criminal sense. Indeed, reading some of her letters—the six sisters wrote to each other frequently, sometimes daily, across several decades—shows a woman who is loyal to her family, bewildered by the spiky jibes of her oldest sister Nancy (the novelist, the one you’d most like to go for a Whisky Sour with), adoring of her husband and children. And yet she was also a fascist, jailed for the dangerousness of her beliefs during the second world war.

Each of the six Mitford sisters was fascinating in her own way, each representing a difference facet of that fast-moving, giddy, highly politicised time. If you’re not familiar, a brief rundown is as follows, in order of age: Nancy, a novelist, with a satirical, biting wit; Pamela, a countrywoman at heart, the rock of them all; Diana, of which, more later; Unity, who became obsessed with Hitler and attempted to shoot herself on the outbreak of war; Jessica, who eloped with their Communist cousin; and, Deborah, who became the Duchess of Devonshire and chatelaine of one of Britain’s greatest houses, Chatsworth.

They were born of upper-class English lineage, their father neither poor nor rich, in that exulted aristocratic state of comfort which allowed for a large country house with a few indoor servants, but a certain need for thriftiness in their psyche. Diana escaped that at the age of eighteen, when she married the eligible, handsome, kind, poetic and extremely rich Bryan Guinness. They had two boys and an idyllic life that whirled them through London, Paris and Venice with the Bright Young Things of the late 1920s. Diana was also a beauty, painted by some of the greatest portraitists of the time, with a figure that was dressed by the best of Parisian couture. She, apparently, wanted for nothing. Yet soon after meeting Sir Oswald Mosley, she had fallen madly in love with him, and he with her, though he told her he would never leave his wife. When they met, he was about to launch the British Fascist Party, of which he was the leader.

Article continues after advertisement
In writing her at the centre of my latest novel, I thought frequently about what it was that drew attention back to her in spite of much that was, at times, dislikable, if not downright loathsome.

Sir Oswald was a cad of almost unimaginable proportions, conducting several affairs in his marriage, mostly with friends of his wife’s. When she died suddenly of peritonitis in 1933, though he was with Diana and she was divorcing Bryan, he took both his sisters-in-law as lovers. In 1936, Diana and Sir Oswald married secretly in Goebbel’s drawing-room, with Hitler as one of the witnesses. Diana—with her sister Unity—had a friendship with Hitler, which she always refused to denounce, proclaiming him a charming man for the rest of her life, as much as she said she abhorred the horrors he had caused in the war.

However, her marriage and her beliefs did ostracize Diana from the society of which she had once been such a vital part. Nancy was the one who informed on her when war began (as well as Diana’s former father-in-law, Lord Moyne), which was part of the reason she was imprisoned, though she was still breast-feeding her youngest son with Sir Oswald. They were never tried and were released before the end of the war, partly through the intervention of her cousin, the Prime Minister Winston Churchill.

In approaching the novel, I wondered how to portray such a complicated woman. One of the things that I find so intriguing and interesting about the people of the past, is the nuance and subtlety of their discourse. Though Diana’s political opinions were not shared by her sisters, apart from Unity, they still managed to write to each other. (Jessica and Diana probably had the most estranged relationship, but Jessica had little to do with most of her family once she had moved to America and embraced Communism fully; even so, in spite of her opposing political views with Unity, the two of them met secretly in the 1930s.) One of the frustrations of modern politics is the black and white extremities of people’s apparent views: the short soundbites demanded by social media or ‘breaking news’ headlines, disallowing the long-form discussion that helps us untangle the vast grey area that of course lies in between.

The sisters were fairly legendary in their own lifetimes. ‘Every time I see a headline saying “Peer’s Daughter”,’ remarked their mother once, ‘I know it’s going to be one of you girls.’ But in public, they were guarded, with upper lips stiffer than any starched collar. Their letters are fascinating because it is here that you catch glimpses of their soft underbellies. (I thoroughly recommend Charlotte Mosley’s edited ‘Letters Between Six Sisters’, its 800 pages representing only five per cent of their correspondence.) In this most intimate form of communication is visible their humanity and vulnerability, in technicolour language—they had several nicknames they used on each other as well as made-up words only they knew. Jessica and Unity talked to each other in a made-up language, Boudelididge. It’s real behind-the-net curtains stuff.

The novels I write that feature these sisters are not biographies and I do not seek to replicate the details of their lives. I am more interested in what made them who they were: exploring their relationships with their parents as well as with each other and the context of the period in which they lived. One of the most compelling things about history is that there is no singular, absolute true version of it. Everyone has their own subjective viewpoint, and the sisters certainly disagreed when it came to even basic facts about their lives. But  I think the fascination lies in the fact they were also so entirely of themselves, completely unreplicated at any other time in history and we are unlikely to see their kind again. We might be grateful for that in some ways but in an age when every individual views themselves as of zoological interest with endless social media accounts and selfies, this group of women who cared little for what anyone else thought and ploughed on regardless are worthy of a second viewing. I recommend you take a look. 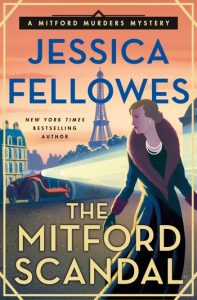 Jessica Fellowes is an English writer and freelance journalist, and is author of The Mitford Murders.

Unreliable Narrators Who Break Every Rule We Thought We Knew 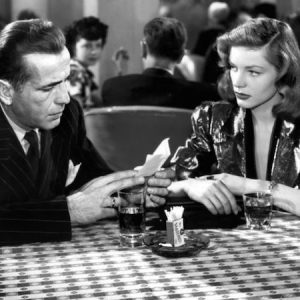