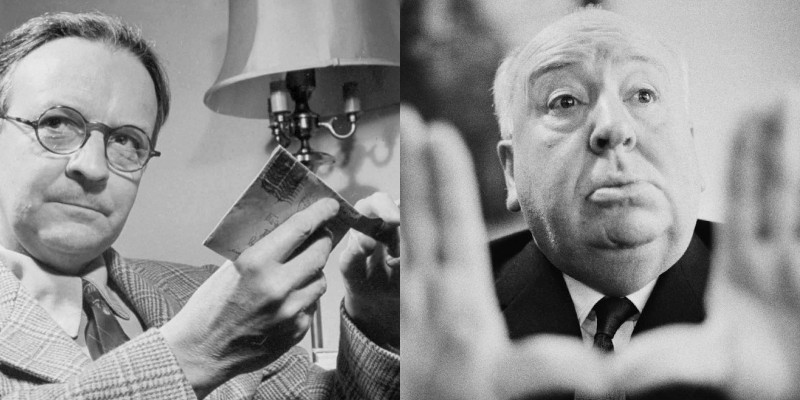 Why Did Raymond Chandler Hate Strangers on a Train So Intensely?

Chandler's feud with Alfred Hitchcock had a special venom, but why?

Raymond Chandler had a complicated relationship with Hollywood. If you’re inclined to dig around there are any number of interesting and sometimes shocking anecdotes about his time working around movies, and he certainly left behind a litany of quips on the subject. (“Its idea of ‘production value’ is spending a million dollars dressing up a story that any good writer would throw away.”) My own personal favorite has a slightly lighter air than most of the matter on offer. It’s the now legendary, possibly apocryphal story about William Faulkner, hired for a script adaptation, desperately trying to work out the plot of The Big Sleep and inquiring of Chandler which of his characters killed Sternwoods’ chauffeur, to which Chandler replied, “I don’t know.” There’s a lesson in there for writers. Not necessarily a good or coherent lesson, but it just may get you through a few difficult days wrestling with a work in progress.

But there’s a slightly more bitter feud that’s always gripped my imagination. In 1950, Alfred Hitchcock, after failing to secure Dashiell Hammett’s services, approached Chandler with the job of adapting Strangers on a Train, a debut novel by the then-unknown Patricia Highsmith. The concept was a stroke of dark genius: two men, meeting on a train, agree each to commit a murder on the other’s behalf. Chandler took the job and after some consultation with the director went about writing a first draft of the script. Hearing little to nothing from Hitchcock, he took a stab at another version and sent that one along, too. Remember, at this time, Hitchcock was fairly celebrated, but not yet the master of suspense, Hollywood titan he would later become. He had made Rebecca, Notorious, and other admired films, but we’re still in the period before his masterpieces here, before Dial M for Murder, Vertigo, The Birds, Psycho and the rest. Surely Chandler knew that he was working with a skilled craftsman, but maybe we can allow that he believed himself worthy of at least a considered response from the man who hired him to do all that work.

Well, that wasn’t to be. Chandler never heard back from Hitchcock about the scripts he’d commissioned. In fact, Hitchcock had taken the drafts and, as he was wont to do, quite famously in later years, arranged for a complete dismantling and evisceration of the work performed to date. Pretty standard Hollywood, you might argue, and you’d probably be right. But this is Chandler we’re talking about. A trembling wire of brilliance and resentment. Late in the year, Chandler was able to arrange a screening of the film, ultimately made from the script by Czenzi Ormonde. Ormonde was the protégée of Ben Hecht (renowned as the “Shakespeare of Hollywood”). The screening, well, it left Chandler pretty hot. Not the good kind of hot. After stewing on the matter for a while, he decided to write to Hitchcock, his one-time supposed employer, whom he addressed affectionately as “Dear Hitch,” then proceeded to lambast in utterly Chandler fashion.

Are Chandler’s objections warranted? Probably not. Strangers on a Train, released the following year, has generally been recognized as a classic of the form. It launched Hitchcock into a new stratosphere of acclaim and helped make Highsmith into a celebrity, though she didn’t much care for the movie herself.

Whatever you think of film’s bona fides, you might also admire the little bits of poetry Chandler dripped into his poisoned pen letter to Hitchcock. That letter, swinging wildly between self-effacement and grandiosity, understanding and condemnation, imploration and outright insult, is really a marvel.

Here’s the missive, in full:

In spite of your wide and generous disregard of my communications on the subject of the script of Strangers on a Train and your failure to make any comment on it, and in spite of not having heard a word from you since I began the writing of the actual screenplay—for all of which I might say I bear no malice, since this sort of procedure seems to be part of the standard Hollywood depravity—in spite of this and in spite of this extremely cumbersome sentence, I feel that I should, just for the record, pass you a few comments on what is termed the final script. I could understand your finding fault with my script in this or that way, thinking that such and such a scene was too long or such and such a mechanism was too awkward. I could understand you changing your mind about the things you specifically wanted, because some of such changes might have been imposed on you from without. What I cannot understand is your permitting a script which after all had some life and vitality to be reduced to such a flabby mass of clichés, a group of faceless characters, and the kind of dialogue every screen writer is taught not to write—the kind that says everything twice and leaves nothing to be implied by the actor or the camera. Of course you must have had your reasons but, to use a phrase once coined by Max Beerbohm, it would take a “far less brilliant mind than mine” to guess what they were.

Regardless of whether or not my name appears on the screen among the credits, I’m not afraid that anybody will think I wrote this stuff. They’ll know damn well I didn’t. I shouldn’t have minded in the least if you had produced a better script—believe me. I shouldn’t. But if you wanted something written in skim milk, why on earth did you bother to come to me in the first place? What a waste of money! What a waste of time! It’s no answer to say that I was well paid. Nobody can be adequately paid for wasting his time.

“Written in skim milk.” When did you ever read a more withering piece of criticism?

Why did Chandler hate Strangers on a Train so intensely? We can puzzle over the letter, searching for answers, and I have. I imagine what it comes down to is this, the movie wasn’t his. Chandler, especially later in his life, was an unforgiving correspondent and often cruel. Shortly after this time, he would begin work on The Long Goodbye. In my view, it’s his greatest work, maybe the greatest crime novel ever written, and it may also be his most disenchanted. There’s a deep, rich vein of resentment running underneath it. In that late world of Marlowe and Terry Lennox, Los Angeles has a special kind of stain on it.

I don’t know if this sordid little episode with “Hitch” had anything to do with The Long Goodbye, but I’d like to think so. In any case, that’s one hell of a letter. Petty, nasty, and possibly wrong, with glimmers of genius.

Dark Academia: Your Guide to the New Wave of Post-Secret History Campus Thrillers 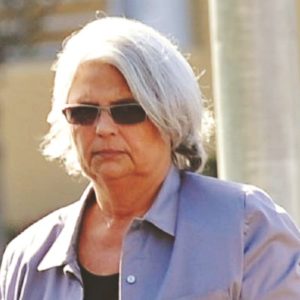