I first met him in Nashville. He was living in a fraternity house with my son Nick and a few of his college friends. I was expecting a cute, cuddly Winston Churchill type of bulldog, never having heard of his actual breed, Olde English Bulldogge. Instead, what I saw at first glance was a small Hippo, charging at me from the corner of a large room. But his charge didn’t fill me with any danger or dread. As he drew closer, you could see the gentleness and playfulness in his eyes and his manner. I walked him for the first time that day and knew that soon I would be taking care of him, sharing my home with a growing dog who had yet to learn about boundaries. During that walk, I looked at Gus and he looked at me. On that first day, we were indeed a true odd couple.

A short time later, my son, upon graduation from Vanderbilt, handed the reigns of Gus over to me. The first few weeks were bumpy ones, but with help from my daughter, Kate, and a team of caring vets in both Manhattan and the Hamptons, Gus underwent a make-over. He lost some weight, got a regular grooming and we adapted to our life together.

It didn’t take long to notice that Gus was unlike any other dog. He had a temper but also a kind heart. He was strong but gentle around children and was quick to put at ease anyone who felt uncomfortable around dogs. He looked fierce but would never bite nor cause harm. He was a kind giant with a loving soul.

During our daily walks, people stopped and always asked if they could pet him and Gus thrived on the attention. No one ever left Gus without a smile on their face.

He helped me in so many ways. It was as if he caring for me as much as I cared for him. We soon developed a daily habit of me reading out loud to him, Gus spread out on a couch (HIS couch) listening. Over the years, he listened to all the Sherlock Holmes stories, two David McCullough works and a bio of Steve Jobs. Most of all, Gus loved thrillers.

We soon developed a daily habit of me reading out loud to him…Over the years, he listened to all the Sherlock Holmes stories, two David McCullough works and a bio of Steve Jobs. Most of all, Gus loved thrillers.

He would sit in his dog bed in my office while I worked on a book or a script and wait patiently for me to take a break and head out for a walk. In the mornings, when I had a place in the Hamptons, my wife, Susan, and I would take him to the ocean for him to walk in the sand and for my daughter’s dog and his best pal, Willow, to run and fetch a ball. I never took Gus off leash on those walks because the one time I did it caused havoc. It was still our first year together and I said to my wife, “I’m going to pull his leash off. Let him run free for a bit, like he does in our yard. I mean, how far can he get between the sand and the water?”

“I guess we’re going to find out,” Susan said.

And we did. The minute I undid the leash, Gus took off like a Greyhound running at a speed I didn’t think possible for a 65-pound dog. I went after him and shouted his name. That only caused him to run even faster. He was moving between wet sand and cold water and having the time of his life. I was gasping for air and wondering how soon I would collapse and die from the chase.

I was saved by a young woman who stood in front of Gus, who slowed and sat by her side while she showered him with hugs and a smile. It seemed like hours before I caught up to them. “He’s so cute,” she said. “Makes me want to get one of my own.”

At least that’s what I think she said. My heart was beating so hard I could feel it in my ears.

Gus brought much happiness to our lives and over the years gave us so many great stories for us to share. He ate more grass than a cow, treating it as a salad before his evening meal, loved watermelon, smoked salmon and roasted turkey.

When he was six, Gus had to have major stomach surgery. He had eaten two items he should not have gone near and it caused a blockage. By this time, he was more than just a dog to me.

He was my best friend and I thought I was going to lose him.

Then, I met the surgeon who would be operating on Gus at Blue Pearl Hospital on Manhattan’s West Side. He looked and spoke exactly like Sean Connery and I drew comfort in that. It was like having the original 007 operate on my pal. And James Bond didn’t let us down.

Having Gus in my life led me to start including dogs in my novels—it just seemed like the right thing to do, a necessary part of the story. In my newest novel, Payback, the dog is even named Gus.

My friend Gus earned his stripes. When my wife Susan was diagnosed with Stage 4 lung cancer in 2012, Gus would sleep by her side most nights and instead of his usual habit of slamming himself against her back, he would very gently lay by her feet, alert to any of her movements, quick to help warm her if she felt a chill.

And when she died on Christmas Eve, 2013, Gus came to my rescue. He wouldn’t allow me to sink into depression or hide in sorrow. I would hold him and cry and when I got it together enough to begin reading to him again, he moved from his couch to mine and slept next to me, absorbed in the latest book I had chosen.

My two kids gave me solace and love. Gus was my beacon, my guiding light through many days of darkness. And I foolishly believed we would be together forever.

In 2014, I bought a lake house in the Westchester County town of Pound Ridge, the town where Susan and I were married in 1981. It was as much a house for him as it was for me.

One winter night, long before I decided to put in a generator, a heavy snowstorm hit the town. The lights went out, the phones went dead, the cells useless. Two trees fell in the distance, both blocking our exit from the house. I built a large fire and put three thick blankets on the floor next to it and that’s where Gus and I spent the night, cuddled together, safe and warm.

Gus started getting sick in the summer of 2018. He had always had kidney issues since he was a pup, but thanks to the amazing work of Dr. Homan-Lewis, he was in great shape for most of his life, minus the ear infections and allergies that are the plight Olde English Bulldogges must endure.

He fought the good fight with great courage, but soon he had trouble walking and was not eating and seemed in constant pain. I didn’t want to lose yet one more soul in my life I truly loved. I fought to keep my friend alive. It was a losing battle and on September 28, 2018, Gus was put down.

My son was the brave one, staying with Gus until he took his final breath. I stared at both of them through the glass of the closed door and watched as my son gently covered Gus’s head with a blanket. My friend and his now lost to both of us.

It may sound foolish to some to know that I have never recovered from that day. Just as Christmas Eve will never be the same for me with the death of my wife, the void I feel with Gus gone will never be filled. I have toyed the past two years with getting another dog, but I know that dog won’t be Gus. H won’t drive me crazy with getting into things (usually food) he shouldn’t go near and he won’t make me smile the way Gus did whenever he ran toward me with that crooked way he had.

This week will be my last at the lake house. A friend asked why I was selling and I said, “it was not my house. It belonged to Gus. It’s not the same without him here.”

Making Gus a character in Payback was a small way of keeping him alive. But in truth, though he’s not here by my side, he will always be with me, always be a part of my life.

Gus was a great dog.

And a great friend.

And he lives on, if only in memory. 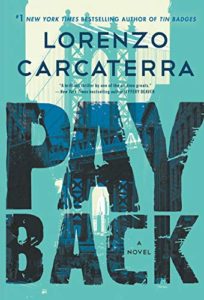 Lorenzo Carcaterra is the #1 New York Times bestselling author of A Safe Place, Sleepers, Apaches, Gangster, Street Boys, Paradise City, Chasers, Midnight Angels, The Wolf, and Tin Badges. He is a former writer/producer for Law & Order and has written for National Geographic Traveler, The New York Times Magazine, and Maxim. He lives in New York City and is at work on his next novel.

How To Use Multiple Points of View To Generate Story Tension 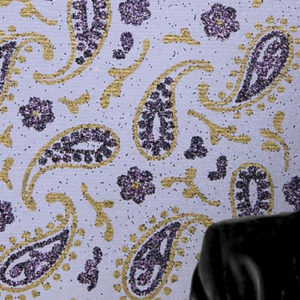 “It would be so easy to stay…Could one fall in love with a whole country—just like that?” If the country is Alexander...
© LitHub
Back to top