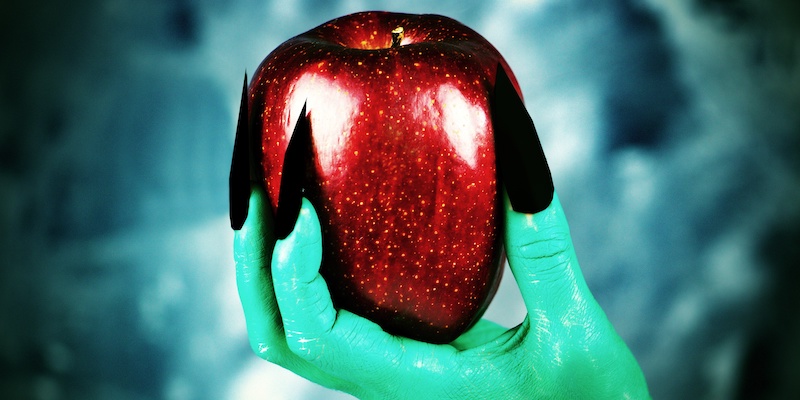 Or, how I gave up on "having it all" and found a new truth in writing darkness.

I started writing fairy tales after my daughter was born. I already had a son, but I found giving birth to a daughter to be a different experience altogether: it made me think even more deeply about what it meant to be a woman and, most importantly, what sort of woman I hoped my daughter would become. This, of course, made me reflect upon what sort of role model I wanted to be and how I would raise her.

I was raised, like most women, to be a “good girl”. This was decades before parents had books like Goodnight Stories for Rebel Girls to read their daughters at bedtime and, although my parents were both feminists, they were also steeped in traditional gender values and no children’s books had yet been written to teach me how to rebel against them.

So, growing up I quickly learnt to how to please. I was a good girl at home: quiet and obedient, a good girl at school: diligent and unquestioning, and a good girl with boys: sweet and chaste. Naturally then, I followed the traditional route of a good girl coming of age on the cusp of the new millennium, achieving excellent A Level results and getting a place at Oxford. After graduation, deciding that I wanted to dedicate my life to writing, I become a waitress and began writing in earnest. I worked full time and wrote whenever I could: scribbling story ideas on my orders’ pad, snatched sentences on napkins, typing up my notes after midnight when I returned to our dingy flat sweaty from the heat of the kitchen and sticky with the scent of fried chicken and chips. I worked hard, as all good girls do, striving to be a diligent employee, a loving wife – for I’d got married during my first year at university – a dutiful daughter and a loyal friend.

I worked very slowly because I put everything else first: family, friends, husband, housework. But, little by little, I finally finished something that at least looked like a novel. I sent it out (all by paper and post in those days) to every agent in London and in due course received thirty-three curt rejections. After feeling like an abject failure and crying myself to sleep for a while, I began again. And again, and again. Until, at last, I was a published writer.

I was also still a good girl.

For the next decade of my life, I applied myself to writing novels, working a part-time job, raising a family and being a dutiful mother, wife, daughter and friend. I wrote nice novels, good girl novels, novels that reflected who I wanted to be and who I hoped I was, at least most of the time. I gradually developed a small following of readers who enjoyed my books, often describing them as “the literary equivalent of a warm hug”. Now, of course, there’s nothing wrong with that; we all need a hug from time to time.

But, when I gave birth to my daughter, I realised wasn’t happy to be writing books like that anymore. I’d reached my fourth decade and life had, seemingly overnight, became very difficult indeed. It’s one thing to be a good girl when you’re still a girl and don’t have too many things to do or people to support, but when you’re in your forties with two jobs and dozens of people who need you, people to whom you can’t say “no” or even “not yet”, then, as the old adage goes, something’s gotta give. Invariably, that something is you.

It wasn’t long before I was a wreck. I was still being a good mother, a good wife, a good daughter, a good friend. But I wasn’t sleeping, I wasn’t writing, I wasn’t happy. Not only did I no longer have enough time to write, those nice novels didn’t reflect my inner life anymore; they didn’t feel real or true. I was angrier than I wanted to admit, maddened by the gender norms and social values that expected everything from women – that pervasive pernicious notion of “having it all” – while offering them virtually no support in return.

And then I stumbled upon Mary Oliver’s collection of essays, Upstream, and read within its magnificent pages an essay entitled Of Power & Time. In it, Oliver writes of the necessity for writers to be fiercely protective of their writing time and flout social values, for “there is no other way work of artistic worth can be done.” As I read her words – urging me to stop saying “yes”, to prioritise writing above social obligations, to put myself and my words first – I felt my heart begin to beat faster again.

And so, I started doing just that. At first, since I still had an infant daughter, I wrote between 3am-4am. After that, whenever I could. I let the housework go, I let the friends I didn’t really like go, I let the rotating menus go and made sandwiches for dinner. And, whenever people complained or tried to shame me into being a good girl again, I remembered Oliver’s words: “I am absent-minded, reckless, heedless of social obligations, etc. It is as it must be. The tire goes flat, the tooth falls out, there will be a hundred meals without mustard. The poem gets written. I have wrestled with the angel and I am stained with light and I have no shame. Neither do I have guilt. My responsibility is not to the ordinary, or the timely … It does not extend to the lost button, or the beans in the pot. My loyalty is to the inner vision, wherever and howsoever it may arrive.”

For someone who had run her life by the dictates of guilt and shame, these words were marvellously heretical. Now, I was (and will no doubt always be) too entrenched in social niceties to ever stand someone up because I was in the midst of writing. But I did change my life. I stopped saying “yes” to everything, I made time for writing every day, I let my housework and personal appearance standards drop and I stopped caring quite so much what everybody else thought.

Slowly but surely, I wrote a novel. Unsurprisingly, it was very different to anything I’d written before. It came both from my heart and from the deep, dark depths of my soul. It was more real than any writing I’d ever done. It wasn’t nice; it was true. It was the first book of The Sister Grimm trilogy and contained within its pages the first four of my feminist fairy tales. I wrote about flouting convention, I wrote about true beauty, I wrote about self-love trumping romantic love. In my adaptation of Beauty & the Beast, my Beauty learned that true beauty wasn’t the superficiality of appearance as everyone had told her it was, but the inner radiance that comes from being true to oneself, of speaking one’s mind and living from one’s heart. In my Goldilocks, the little girl is a good girl who learns that it isn’t bad to defy authority and carve out one’s own path; indeed it’s both necessary and liberating. My Red Riding Hood learns the important of female anger (which we are so often told to suppress) in survival and ultimately burns the wolf to death: She was never afraid to go into the woods again. A comment on living within a patriarchy, especially in light of the “Me Too” movement.

In Night of Demons & Saints, the feminist fairy tales have become even darker, focusing again on female desire and liberation from societal expectations. Some of them are also sadder than in the first book. In my mermaid tale, the girl is captured and forced to live a traditional life, though she yearns to return to the sea and be free. She ends up sitting on a rock beside the ocean, crying until she dissolves into salty tears that mix with the sea. Another woman, worn down by the drudgery of housework, turns into a wolf at night and runs, embracing the feeling of power and freedom it gives her, “relishing the thud of her paws on the ground”. And, while she “wished she could run during daylight, she was too tired and never had time. Demands filled every hour. Work must be done. Meals must be cooked and, once eaten, cleaned away. Clothes would be worn and must be washed. Beds were slept in and must be made.”

The woman-wolf is consumed by a longing for a freedom she will never know and ultimately feels torn in two until she wishes “that she hadn’t been born a woman but only a wolf. That she wasn’t trying to live two lives having only been given one.” For me, feminism is about having choices, being able to choose the life (as much as is possible) that it right for you. Never is this message – especially in America – more important. I can only hope that my daughter will grow up being able to make the ones that make her happiest. 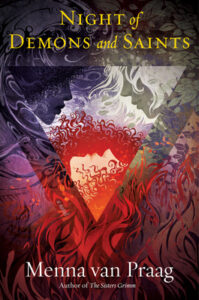 Menna van Praag was born in Cambridge, England and studied Modern History at Oxford University. Her first novella - an autobiographical tale about a waitress who aspires to be a writer - Men, Money & Chocolate has been translated into 26 languages. Her magical realism novels are all set among the colleges, cafes, and bookshops of Cambridge. Her new novel, Night of Demons and Saints, is now available. 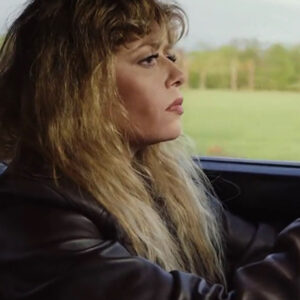 Yes, that's right, mystery fans! The great director Rian Johnson, who masterminded Knives Out and its soon-to-be-released...
© LitHub
Back to top