It's All About Asking the Hard Questions

I can see my reflection now in that pool of blood. But I couldn’t see it then. At the time, I had no idea that I’d someday be a writer of crime fiction. I wasn’t there for fiction. I was there for facts. Just the facts. I was cutting my teeth as a reporter, covering all kinds of crime, navigating all kinds of crime scenes, sidestepping a lot of blood and, occasionally, guts. From general assignment reporter, my career trajectory eventually led me to the role of investigative reporter, because somewhere along the way a news boss discovered I was never satisfied with just a front row seat to crime; I was the type who needed to sneak in the back door, go behind the scenes, and get there before the streams of yellow tape draped from fences and trees and lampposts.

Investigative reporters don’t merely report on crime. They don’t just stand in front of a courthouse and regurgitate the gavel-to-gavel proceedings of a murder trial. They dig deeper. They dig for information the police don’t want to release. They probe for details the prosecutors don’t want to disclose. They talk to witnesses in silhouette, meet sources in the shadows. They’re no strangers to dark alleys. In other words, they’re the perfect candidates to write crime fiction.

In fact, it was one news story, in particular, that prompted me to make my first attempt. A young lawyer was shot to death in her apartment. A neighborhood lowlife was arrested for the murder. Some of the evidence was compelling, just not compelling enough. Her automobile had been torched about a week before her death—consistent with a hit job, not a random sexual assault-turned-murder, as the prosecutor had characterized the crime. Turns out, the woman had discovered files at her law firm that might have revealed criminal wrongdoing at one of the city’s major financial institutions. She had brought those files home with her. Then she ended up dead. Shot in the head twice. Tied to her bedposts. Things didn’t add up. The prosecutor was feeding the press sensational details, but obfuscating when it suited him. The defense team fed the press sensational theories, a few not so implausible, but others laughable. After spending many off-the-record hours with detectives, I knew I had a story. It became the basis for my 2005 novel, Deadline. I changed the facts, the location, the names (of course), but the basic thrills and chills made it into the pages of that book, and from that point on, there was no turning (the pages) back.

As I continued to write crime fiction, my experiences as an investigative reporter continued to find their way into my pages. I met with attorneys and witnesses in all the wrong places, got bad tips, good tips, and went toe-to-toe with cops, many of whom despise the media. I learned a lot about criminal justice and the process of investigating crime. You have to understand something about investigative reporters to truly appreciate the seamless path to crime fiction: Investigative reporters share much of the same personality traits as detectives.  Some cops might laugh at that notion, but investigative reporters are driven by the same passion for the truth. They have a relentless curiosity. They thrive on the process of discovery. They solve puzzles in their sleep. They don’t have a badge, but they have a similar mindset to those who do, complete with the gallows humor and the salty language. Painting with an extraordinarily broad brush, it’s still safe to say investigative reporters curse like @#&**f**kers. Most important, this simpatico with the detective sensibility makes it easy to write detective characters. I get them. I’ve spent time with them. Some have been great sources, others less so. Over the years they’ve all contributed to the composite I’ve put together, and from that composite I draw my individual detective characters.

It’s all about the toolbox. I’m lucky. I get to use virtually the same toolbox as a writer of crime fiction as I did as an investigative reporter. I dig up the dirt with the same shovel. That was a subliminal plug for my new novel, Dig Your Grave. Plugs aside, investigative reporting has trained me on two of the best tools of the trade. First: how to interview.  As an investigative reporter, you spend your life as a human question mark. You’re always asking questions. You learn, over time, the right questions to ask. You learn how to ask the same question several different ways until you get to an answer. This is hugely helpful as I plot my way through crime fiction. I know exactly what I don’t know and what I should know. I know where the plot stops and the questions begin. During the research phase of my novels, I, like other writers, consult with many people in the law enforcement community. So, knowing the right questions to ask is key. I have much more productive sessions with my cop/lawyer/CSI sources, for example, when I already know exactly what I need to know and how precisely to ask. Second: how to listen. As a question asker, I have to be an astute listener. Listening to answers is key to asking the right follow up questions. A good listener hears opportunity. An even better listener hears nuance, subtlety, and duplicity. A great listener knows when to shut the hell up and let the subject talk until the subject has talked too much and said too much and revealed a treasure trove of information. Oh, yes. A great listener loves that. The listening tool is not just a tool, however, for the research phase. It’s as important on the page as it is off the page. Astutely listening to what my characters have to say is key to knowing what my characters don’t know and need to know. Hence, I can give my characters what they need quite efficiently. Or, better yet, I can hold back and make them work for it.

I’m certainly not the first, and probably not the last, investigative reporter to take a stab at crime fiction. In journalism it’s all about telling the truth. Same for fiction, even when we make it up. The truth is that first pool of blood stained my memory more indelibly than it stained the sidewalk. It floated there in time and space, a collection of DNA, an evaporating life force that posed more questions than answers about the human condition. Still does. Still rattles my brain with thoughts of good and evil, love and hate. Still wrings at my heart like that first kiss.

Steven Cooper, a former journalist, has won multiple Emmy awards for his work as an investigative reporter. He has also received a national Edward R. Murrow Award and many honors from the Associated Press. His latest novel, Dig Your Grave, is out October 30th. 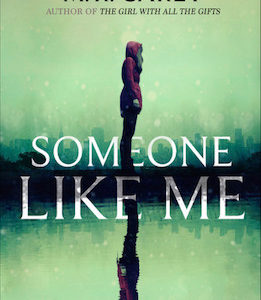 The second time was different. Liz had been afraid at first, and very much on her guard, but three weeks of business as usual...
© LitHub
Back to top