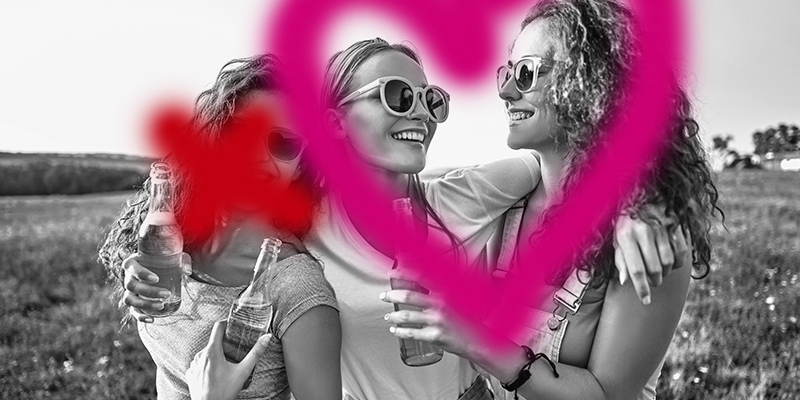 Why Is Friendnapping So Traumatic?

Or, what it's like to have your best friend stolen from you right in front of your eyes.

Sexual betrayal, violence, theft, family rivalries: they’re all fertile ground for plots of psychological thrillers: what I hadn’t realized until it happened to me was that there’s another crime that can inspire the kind of rage and hatred that leads to murder. Friendnapping. Having your best friend stolen from you right before your eyes.

It seemed like such a good idea. I was going away for a long weekend to a beachside hotel. I’d be working a lot of the time, but I’d have parts of the day and evenings free. I invited my best friend, Ruth, to come with me, knowing she loved the beach and would be fine spending time on her own while I was working.

A few days before we were due to go, I was speaking with Lucy, another friend, a woman I liked but wasn’t particularly close to. I mentioned my weekend away with Ruth.

“That sounds amazing. Can I come too?”

Lucy joining us made sense. I figured she and Ruth would get along well enough and have fun during the time I spent in my room working.

They didn’t have fun. They had a blast. They went swimming together, they took long walks, they went shopping in town. At night, when we’d meet for dinner, I began to notice how Lucy ignored me and directed all her funny anecdotes to Ruth, and how much Ruth laughed at them.

When Lucy left the table at one point, Ruth said: “I’m so glad you invited Lucy along. She’s brilliant.” I was beginning to feel as if I’d set up the perfect date and was suddenly superfluous.

What I should have thought was: isn’t it wonderful these two women are getting on so well? Sharing is caring. I am a caring person, I’m sharing. This is all perfect.

I might have thought that, I might have risen above my jealous instincts, if I hadn’t believed Lucy had wilfully set her sights on Ruth, that she was determined to become Ruth’s new best friend, to side-line me, and that she was taking pleasure in doing it.

At dinner on Saturday night Lucy turned to me and said: “Did you know Ruth studied Art History at college? She’s so talented.”

Seriously? You’re telling me about my best friend—as if I didn’t know her? As if we hadn’t confided in each other, laughed together, cried together for the past fifteen years? You may have gone on a kite surfing lesson together, but don’t begin to insinuate that you know her better.

What turned my irritation into killer rage was when, on our last day, Sunday morning, Lucy pulled me aside and said “Ruth told me last night she’s really nervous because she’s having problems with her boss. She’s worried about her job but she hasn’t told anyone and she told me to keep it a secret. I’m sure she’ll tell you at some point though. It’s good because I know all about disputes at work and she and I are getting together next weekend to discuss it.”

Why hadn’t Ruth told me about her problems? Why had she chosen Lucy? Lucy telling me this was equivalent to her saying: “Oh by the way, I slept with your husband last night, but I’m sure he’ll sleep with you again soon. Meanwhile we’re having a date next weekend and you’re not invited.”

That’s when “caring is sharing” turned into: “No way. No way is Lucy going to get away with this. I’ll get Ruth back if it kills me. And I wouldn’t mind killing Lucy in the process.”

I told Lucy I had to go pack, then went up to my room and fumed. And cried. And raged. The extent of my reaction, the violence of my feelings toward Lucy surprised me. We were adult women—what was the big deal if Lucy and Ruth became great friends? Why was I being so proprietorial and competitive? I was overreacting. Hugely.

It hit me then. I’d had these feelings before. And they’d run even deeper then.

I went to an all girls’ boarding school when I was a teenager. We were cooped up together for three years, 24/7; it was the perfect breeding ground for intense friendships, for rivalries, for betrayal. We cared less about schoolwork and grades than the crucial issue of who got to be the best friend of Candy, the most popular, most beautiful girl in class.

I did. I was Candy’s best friend. I still remember the thrill I had felt when she asked me to be her roommate. I basked in her reflected glory. Until I was toppled Junior Year by a cooler girl who took my place. And she was smug about it as well. I was enraged, desolate, jealous as hell.

Thinking back on it, as I sat smoldering in my hotel room, I realized that given the intensity of peer pressure in that boarding school, given how close we all were, how much those friendships meant, Friendnapping was the kind of crime that could lead to murder, that it wouldn’t have been wildly surprising if someone had actually turned those feelings into action and killed someone. Because there is so much at stake.

Your best friend holds all your secrets, shares so much of your life. This is the person you turn to when things go wrong, the one you expect to be your rock, “Your person” as Meredith Grey says of Christina in Grey’s Anatomy. When your person suddenly becomes someone else’s person, what can you feel except horribly betrayed?

The only way for me to explore all this was to write about it. When I got back home after that dire weekend, I delved into memories of those teenage years and started to write Tell Us No Secrets, portraying that time and those friendships. A psychological thriller was born.

Other writers have tackled this subject as well. In Wahala, Nikki May describes these feelings of hurt and betrayal brilliantly when a woman named Isobel, comes into town and turns out to be the quintessential Friendnapper. She’s fun, she’s funny, she’s charismatic. And she wreaks havoc and destruction on a group of three female friends.

While I was writing my book and after I’d finished, I asked friends if they’d ever been the victim of Friendnapping. They all had. For some it dated back to the school playground. It didn’t matter that they were six years old when their friend no longer played on the swings with them but switched their attention to someone else—they still remembered all the details and all the pain. Time hadn’t made much of a dent.

Sexual cheating is always a good motive for murder and for thrillers, but I think it’s a less interesting one than friendship gone wrong. Everyone knows that lust makes people crazy and obsessed. But friendship is supposed to be sane, comforting, safe, and easier to sustain over a period of years. Unless you invite the wrong person on a weekend away. Then you might find out just how complicated and compelling and potentially destructive it can be. Which makes it a great topic to write about, not so great to experience. 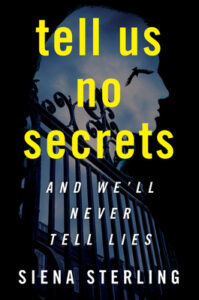 SIENA STERLING is an American journalist and writer living in London with her family. Tell Us No Secrets is her debut novel. 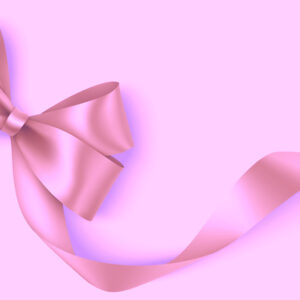 “Can't say I've ever been too fond of beginnings, myself. Messy little things. Give me a good ending anytime. You know...
© LitHub
Back to top